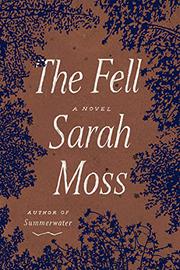 At the height of the pandemic lockdown, an experienced hill walker fails to return from an evening hike—then a prohibited activity—in her beloved Peak District in northern England. As her teenage son and elderly neighbor wait anxiously for bad news, a rescue party combs the treacherous moors.

As lockdown restrictions confine most people to their homes, Kate—a divorced 40-year-old single mother—wonders, “When did we become a species whose default state is shut up indoors?...We’re a living experiment, she thinks, in the intensive farming of humans, [though] it’s all in the name of safety, not profit.” This thought arises as she sets out for an illicit walk from her house up to the wild hills known as the fell. She leaves her 16-year-old son, Matt, and her phone behind, thinking that she won’t be gone long, but takes her well-equipped backpack, because even this somewhat distracted woman knows how unpredictable her native terrain and weather can be. Meanwhile, Alice, Kate’s elderly neighbor, is enduring not only lockdown isolation, but also the memory of a recent bout with cancer and the possibility that it's returning—and, what’s more, the vital but nonetheless irksome kindness of neighbors and family. “There’s a limit to how grateful you want to be, how helpless you want to feel, and she passed it a while ago. I was a whole person, she wants to say, I worked my way up, managed a team and a budget.” Matt, by contrast, is the voice of youth here, home alone and afraid for his mother’s safety. The fourth voice in this expertly woven narrative skein is that of Rob, the divorced father of a petulant teenage daughter and a patient man who—once Kate disappears—will search the hills all night as he and the other members of his rescue squad have done so many times before. In a familiar routine, they “clip on their radios, turn on the head torches, heft the rucksacks and set off up the track. Raindrops fall like sparks in the torchlight.” This portrait of humans and their neighboring wild creatures in their natural landscape and in their altered world is darkly humorous, arrestingly honest, and intensely lyrical.

These interlinked narratives evoking Britain’s lockdown-altered reality are a triumph of economy and insight.