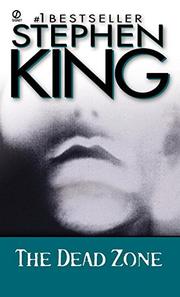 The Stand did less well than The Shining, and The Dead Zone will do less well than either—as the King of high horror (Carrie) continues to move away from the grand-gothic strain that once distinguished him from the other purveyors of psychic melodrama. Here he's taken on a political-suspense plot formula that others have done far better, giving it just the merest trappings of deviltry. Johnnie Smith of Cleaves Mills, Maine, is a super-psychic; after a four-year coma, he has woken up to find that he can see the future—all of it except for certain areas he calls the "dead zone." So Johnnie can do great things, like saving a friend from death-by-lightning or reuniting his doctor with long-lost relatives. But Johnnie also can see a horrible presidential candidate on the horizon. He's Mayor Gregory Aromas Stillson of Ridgeway, N.H., and only Johnnie knows that this apparently klutzy candidate is really the devil incarnate—that if Stillson is elected he'll become the new Hitler and plunge the world into atomic horror! What can Johnnie do? All he can do is try to assassinate this Satanic candidate—in a climactic shootout that is recycled and lackluster and not helped by King's clumsy social commentary (". . . it was as American as The Wonderful Worm of Disney"). Johnnie is a faceless hero, and never has King's banal, pulpy writing been so noticeable in its once-through-the-typewriter blather and carelessness. Yes, the King byline will ensure a sizeable turnout, but the word will soon get around that the author of Carrie has this time churned out a ho-hum dud.