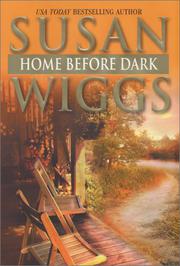 When photojournalist Jessie Ryder finds that she’s losing her sight to a rare retinal disease, it’s time to take stock—and, at last, meet the child she gave away years before. She rails against her cruel fate as she leaves New Zealand for the Texas town where she grew up. After all, she’d stayed away, kept her distance—and kept her side of the bargain she made with God. She’d provided the best possible home for her newborn by handing her over to her sister Luz and her husband Ian. Even now that she’s a teenager, Lila has no idea that she was adopted (and there’s another thing even Luz doesn’t know). Lila escapes serious injury during a joyriding car accident that shakes the family out of its complacency and forces them to grapple with the Big Questions. Why does Ian, a Death Row lawyer, always have time for his clients but not for his family? Must Luz always shoulder most of the burden of raising the kids and running the house? Luz pines for what she perceives as her sister’s freedom, but Jessie, of course, isn’t really free. She’s always been haunted by what she never told Luz: Lila is the product of a long-ago, whirlwind affair with Ian. Her vision dimming day by day, Jessie wonders whether she’ll ever find happiness. There’s hunky rancher Dusty Matlock, father of an adorable toddler, still fending off media attention ever since his pregnant wife, comatose after a stroke, gave birth by Cesarean and expired a couple of years ago. Should Jessie give in to Blair LaBorde, tabloid reporter, and photograph Dusty? Perhaps. But will Jessie even admit that she’s losing her sight? Yes, once she shares her story yet again at the world-famous center for the blind not far away.

Well-written women’s weepie from the author of many, now with her first hardcover.