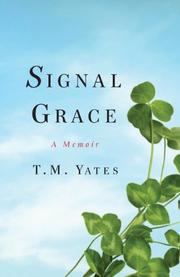 A daughter remembers her father as memory combines with love and forgiveness to create a touching debut memoir.

Yates, now in her early 30s, tells it like it is. Her family split by divorce—which happened when she was 3—and geography, she grew up yearning for connection. She and her father “never managed to be close, as fathers and daughters are supposed to be,” she recalls. “We didn’t giggle together or share little jokes, we didn’t really even see each other that often.” Her parents separately lived in various U.S. cities, and her father’s Army career meant international postings as well. Yates lived with her mother and younger brother, and she called her dad Michael: “When he was gone, I couldn’t think of him as ‘dad’ because it hurt too much to miss him.” Her yearned-for connection intensified when she lived with her father during her senior year at Incarnate Word High School in San Antonio, Texas. After her own brief marriage, while still a student Texas A&M, violently blew up, her father helped her file legal protection orders, but she still felt alone: “I had, quite simply, no idea what constituted a good man.” Despite the chaos—which Yates describes in graceful, readable prose—she began noticing hopeful signs. “There is a name. Catholics call it a ‘signal grace.’ It’s a sign that God’s listening to you and directing you all the time. You see these moments by the grace of God. It indicates that you’re on the right path and that God is helping and guiding you.” Her sign is a shamrock, and after Michael’s death in 2010, unexpected shamrock-sightings comforted her: “I was flooded, over and through, by gratitude and forgiveness; they rinsed away the grime of mistakes and judgment like a baptism, and made me feel radiant in flowing peace.” Cynics might be quick to lump this life story in with the recent glut of early age memoirs, but better than most, this story achingly portrays a family severed by divorce and encourages the healing of hearts. Yates keeps a strict focus on the father-daughter dynamic, and the “signal grace” idea is only brought toward the end, so it shouldn’t deter casual, irreligious readers. A well-crafted, compelling account of how one confused little girl grew up and learned to live with her past by seeing signs of God’s grace.