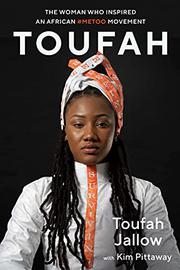 The Woman Who Inspired an African #MeToo Movement

by Toufah Jallow with Kim Pittaway

A Gambian survivor of rape speaks out.

When Jallow was 19, she was raped by Yahya Jammeh, the nation’s corrupt president. Jallow had recently won the July 22 pageant, an annual event designed to commemorate the coup that brought Jammeh to power and which allegedly offered the winner “a full scholarship to the university of her choice, anywhere in the world.” When she was named Miss July 22 Queen, Jallow was thrilled at the prospect of studying abroad. Following her win, Jammeh repeatedly asked her to disrupt her schedule to appear at events with him, a pattern that Jallow later realized was part of a process of “grooming” her for sexual assault. Eventually, Jammeh asked her to marry him; when she refused, he assaulted her. Afraid for her life and her family’s safety, Jallow traveled across the border into Senegal. Through a network of allies, she moved to Canada, where she attempted to start over. As she navigated her new life, Jallow’s past continued to haunt her. She sought therapy and chose to speak out about what happened to her and, she suspects, to numerous other women at the hands of Jammeh and his enablers. “I knew attaching my real name would ensure the story was more widely covered by news media around the world,” she writes of her courageous decision, “resulting in less room for Jammeh to hide and more likelihood that the girls and women I wanted to reach would hear my message.” The author’s voice is frank and conversational, and she peppers her harrowing story with moments of humor and humanity that make the book an inspirational page-turner. Jallow’s emotional trajectory is particularly compelling. Throughout the book, she vividly describes her fear, strength, and sorrow, always cognizant that her experience, no matter how raw, can be a source of comfort to fellow survivors who are unable to go public.

A fiercely readable, potent memoir of a survivor who refuses to be silenced.