10 LGBTQ+ YA Books That Are Out of This World 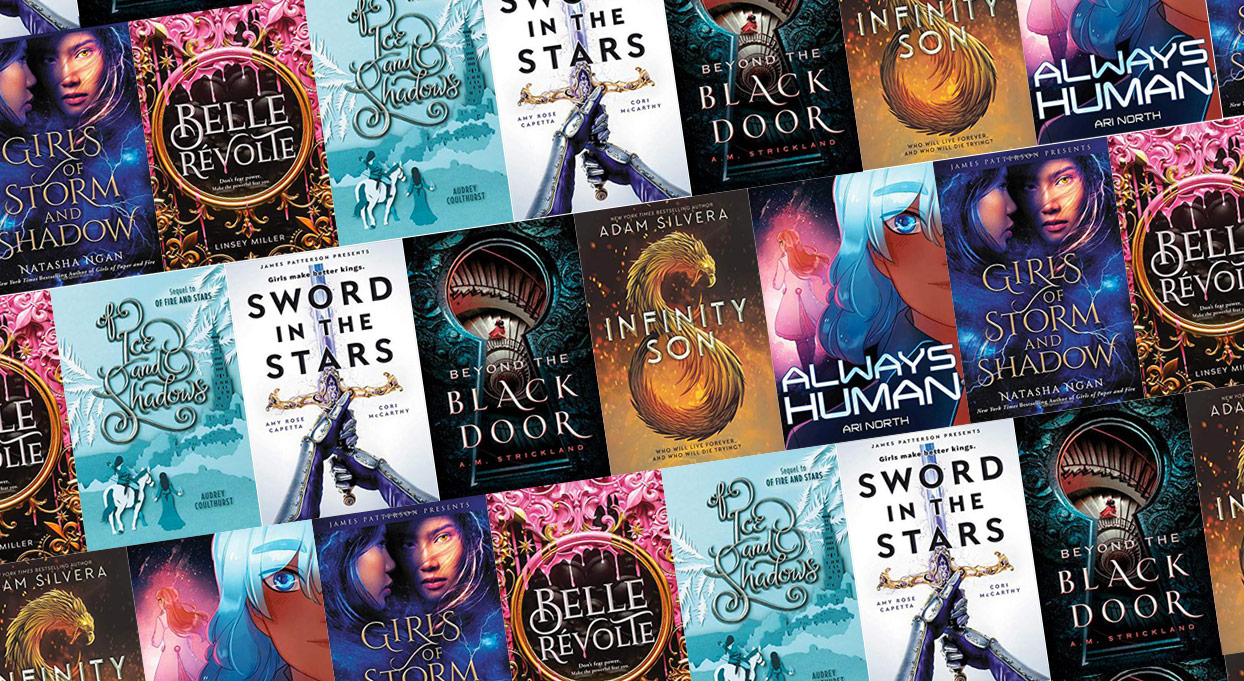 Pride parades are yet another unfortunate casualty of pandemic life. While people cannot gather in person to celebrate and we contemplate a world filled with continuing struggles, there may be no better time to escape into other worlds that are gloriously and joyfully queer. Being able to do so at all is cause for celebration: LGBTQ+ people are no longer relegated only to realistic fiction and now get to see themselves in the genre fiction that is providing so many readers with much-needed escape in these stressful times. Realistic stories are critically important, of course, but straight and queer readers alike deserve to see real-world diversity reflected in science fiction and fantasy as well. Imaginary worlds are products of our human minds—with all their biases—so the recent explosion in diverse genre fiction that breaks down one more barrier is a reason to rejoice.

Always Human by Ari North (Little Bee, May 19) is a lush, dreamy graphic novel set in a world where nanobot technology allows individuals to change their appearances at will. Girlfriends Austen and Sunati have a swoony romance that includes honest, vulnerable conversations about the immune system condition that prevents Austen from making these modifications to her looks, Sunati’s initial impression of her as “brave,” and Austen’s initial fear that she was only interesting as a curiosity.

The Once Future duology is ideal for fans of Arthuriana with a twist. Ari finds herself on Old Earth, where she pulls Excalibur from a tree and discovers her destiny and interplanetary adventure. Co-authored by real-life partners Cori McCarthy and Amy Rose Capetta, Once Future (Jimmy Patterson/Little, Brown, 2019) and Sword in the Stars (April 7) move this classic legend to outer space where a cast that is diverse in race, gender, and sexuality takes on corporate evil.

Our review called Belle Révolte by Linsey Miller (Sourcebooks Fire, Feb. 1) a “bursting-at-the-seams stand-alone empowerment story.” The author has created a fantasy world reminiscent of France during the Revolution but with magic consisting of noonday and midnight arts. The central premise of the novel is an intriguing identity swap between a poor commoner who is asexual and a noble girl who hopes against the odds to become a physician and falls for a trans boy.

The first entry in Adam Silvera’s Infinity Cycle series, Infinity Son (HarperTeen, Jan. 14), is an urban fantasy set in a New York City featuring magical technology and an ongoing struggle between Spell Walkers and Blood Casters. Emil and Brighton are brothers whose relationship is strained when only one of them turns out to be a celestial, someone with magical powers. Emil is gay, and there is rich diversity in this #ownvoices title by a gay Latinx author.

Imperial China provides the inspiration for Girls of Paper and Fire (Jimmy Patterson/Little, Brown, 2018) and Girls of Storm and Shadow (2019), the first two entries in the Girls of Paper and Fire trilogy by Natasha Ngan. In this world, the Moon, Steel, and Paper castes play varying roles. Lei and Wren, two Paper Girls (concubines) who were chosen by the king, meet in the royal palace and fall in love. Their relationship is explored with sensitivity, and the two confront a cruel oppressor.

Beyond the Black Door by A.M. Strickland (Imprint, 2019) has a well-developed asexual protagonist, Kamai, who is a soulwalker like her mother, along with a cast that features diversity in gender identity, sexual orientation, and race. Soulwalkers are able to journey through people’s souls as they sleep, and while doing so Kamai finally succumbs to the allure of the mysterious black door that repeatedly appears to her—without knowing the danger that awaits on the other side.

Audrey Coulthurst’s Of Fire and Stars series—Of Fire and Stars (Balzer + Bray/HarperCollins, 2016) and Of Ice and Shadows (2019)—will satisfy fans of character-driven stories, sweet lesbian romance, and equine adventures. Princess Denna becomes engaged to Princess Mare’s brother and moves to their kingdom, but things become complicated when the two young women fall for each other instead. Denna also must reckon with the full extent—and potential dangers—of her magical abilities.