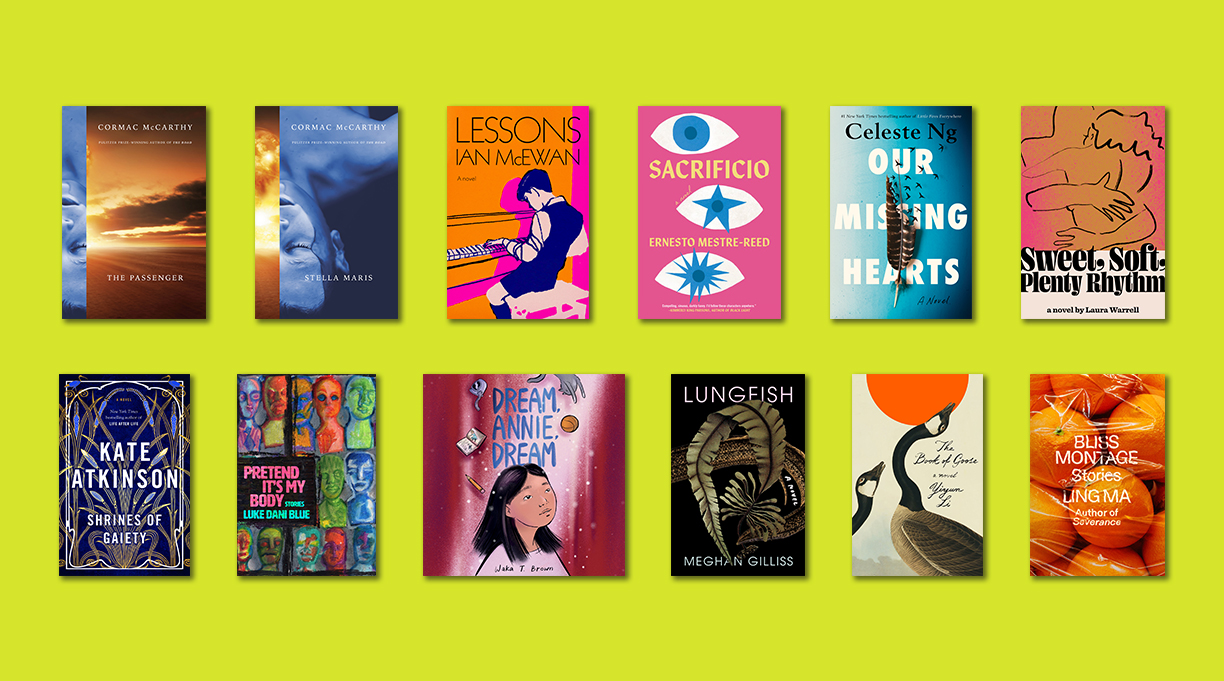 Find a comfortable chair, grab some snacks, and prepare yourself not to get up for a while—this fall features more potential blockbusters than any I can remember. Just for a start, there will be novels from several writers who haven’t published long-form fiction in decades. Gayl Jones returns with the historical epic Palmares (Beacon, Sept. 14), her first book since 1999; our review says there’s “sheer wonder, insightful compassion, and droll wit to be found among the book’s riches.” Joy Williams’ Harrow (Knopf, Sept. 14), her first novel in 20 years, is an “enigmatic, elegant meditation on the end of civilization—if end it truly is.” Nobel Prize winner Wole Soyinka will be publishing Chronicles From the Land of the Happiest People on Earth (Knopf, Sept. 28), his first novel since 1973—our review says “dazzling wordplay and subtle allusion mark this most welcome return to fiction.”

On the other hand, The Sentence (Harper, Nov. 9) is Louise Erdrich’s fifth novel in the past nine years—not counting a few books for young readers—but that doesn’t mean it’s any less of an event. In the past five years, Colson Whitehead has won two Pulitzers, a National Book Award, and a Kirkus Prize for The Underground Railroad and The Nickel Boys; anticipation could hardly be keener for his new novel, Harlem Shuffle (Doubleday, Sept. 14).

Other big names: Sally Rooney’s Beautiful World, Where Are You (Farrar, Straus and Giroux, Sept. 7) follows two bookish Irishwomen through their 20s; our review calls it “a novel of capacious intelligence and plenty of page-turning emotional drama.” Jonathan Franzen kicks off his A Key to All Mythologies trilogy with Crossroads (Farrar, Straus and Giroux, Oct. 5), the story of a Chicago pastor and his family during the waning days of the Vietnam War. Amor Towles follows an 18-year-old and his younger brother on a 1950s road trip through the American West in The Lincoln Highway (Viking, Oct. 5). Elizabeth Strout revisits her two-time protagonist Lucy Barton in Oh William! (Random House, Oct. 19).

There are books about language: Lauren Groff turns to medieval history with Matrix (Riverhead, Sept. 7), based on the life of France’s first female poet. Colm Toíbín creates a fictional portrait of Thomas Mann in The Magician (Scribner, Sept. 7). In The Book of Form and Emptiness (Viking, Sept. 21), Ruth Ozeki has written “a meditative tribute to books, libraries, and Zen wisdom,” according to our review. Jon McGregor’s Lean Stand Fall (Catapult, Sept. 21) starts out as an Antarctic adventure tale but ends up being about communication. Anthony Doerr’s Cloud Cuckoo Land (Scribner, Sept. 28) follows an ancient Greek manuscript over the course of centuries. And music: Paul Griffiths’ Mr. Beethoven (New York Review Books, Oct. 19) imagines the great composer traveling to Boston to take up a commission from the Handel and Haydn Society.

There are first novels: In Beasts of a Little Land (Ecco, Dec. 7), Juhea Kim creates a sweeping epic of 20th-century Korea centering on Jade, a poor girl who becomes a courtesan. Jo Hamya’s Three Rooms (Houghton Mifflin Harcourt, Aug. 31) is “a prismatic portrait of British life and millennial angst,” according to our review. Its narrator, an unnamed 20-something, lives a precarious existence in Oxford and then London, noticing everything around her.

In Fight Night (Bloomsbury, Oct. 5), Miriam Toews channels the voice of a 9-year-old girl; our review calls it “funny and sad and exquisitely tender.” Tiphanie Yanique examines the lives of two young people as they travel the road toward each other in Monster in the Middle (Riverhead, Oct. 19). And if you’ve never had the pleasure of reading 91-year-old Hilma Wolitzer, pick up her new story collection, Today a Woman Went Mad in the Supermarket (Bloomsbury, Aug. 31); our review says it “takes our breath away.”