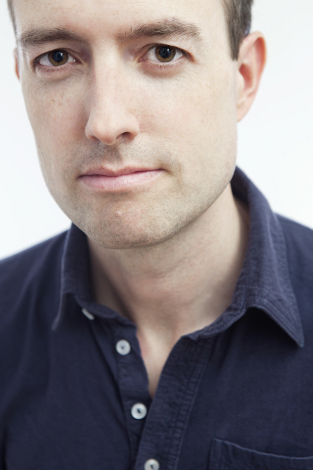 Novelist Adam Haslett started his writing career with his short story collection, You Are Not a Stranger Here, where he explores how sexuality and mental illness affect relationships among families and friends. These issues are what Haslett takes to heart, and most of his work has put individualism in tension with the body in one way or the other. In his new work, Imagine Me Gone, the Lambda Award–winning author introduces his readers to the complex inner workings of an idiosyncratic family. Organizing his novel by characters, Haslett has produced a text that requires reflection and refuses authorial control. We spoke to him about genre, mental illness, and structure.

The novel switches narrative voice and isn’t chronological. When you set out to write the book, had you already planned the chronology of your characters’ lives?

I always begin with characters in particular settings, inside particular scenes. I write those scenes, and as I’m writing them I’m discovering and deciding what scope of work they fit into—a short story, a novel, or something in between. For Imagine Me Gone, the first scene I wrote in-depth was the mother traveling with her family to Maine for a summer vacation. I already had in mind the scene of the two brothers that comes toward the very end of the book. And so these two scenes became the frame within which the rest of the book would unfold. The two brief sections that open the book were the last thing I wrote. And the three chapters that conclude the book were the penultimate things I wrote. All of which is to say, I don’t so much have a chronological map when I begin as a couple of structural necessities I discover once I’ve begun.

Characters in your novel are either struggling or helping others cope with depression or anxiety. Why was it important to you to show depression and anxiety from these various perspectives?

Characters’ internal lives have always been the focus of my work in one way or another. How we come to live in our bodies and spirits through the stories we tell ourselves about ourselves and the world, and how those stories hold love, cause suffering, and mirror or distort reality is what interests me both about life and about the art of literature. And often we learn most about all this when we get taken into minds in states of extremis. We all experience periods or spells of depression or anxiety in our lives. But some people are overcome by these states. Some members of my own family, in fact. I wanted to portray this in as multifaceted a way as I could, dramatizing the experience from the inside, but also from the perspective of the family members who are coping with loved ones in those states. We write the books we need to write. This is a novel I had in me that I had to get on the page.

Your novel opens like a thriller and maintains a level of mystery throughout. Are you interested in playing with genre?

I wouldn’t say playing with genre as much as being mindful of how my own attention as a reader works. Of course I know what’s going to happen in a way the reader doesn’t, but there is a sort of negative capability you employ to set that knowledge aside in order to experience that desire to know. To experience an unfolding. In this particular instance there was another, structural reason to employ the opening I did, which was that I wanted the reader to experience the book knowing that something—not exactly clear what—had befallen the older brother, Michael. The result is that the reader comes to the Michael sections of him as a youngster and then a young adult with a sense of uneasiness, which is how I felt it should be.

Why did music play such an important part in the novel?

My older brother, whom the character of Michael is based on, was a man who lived in and through music to an extraordinary extent and who deeply formed my own musical tastes. It was part of how he managed to experience joy in life. It was a kind of salvation and respite for him. I knew in writing the character of Michael, I had to get this supercharged enthusiasm of his for a range of different musical styles into the text. Of course, as with all the characters, I had to give myself permission in writing a novel to free myself from the “facts” and invent, which I certainly did with Michael. But the background influence of my brother’s own musical obsessions was definitely a major shaping force on the chapters narrated by Michael.

I’ve just finished a political essay on presidential elections as prolonged episodes of mass distraction, trying to pierce a few of the most oft repeated clichés of this year’s contest to try to get at what we’ve actually be living through for the last 18 months. Besides that there are a number of different projects on my desk—a new fictional scene with a couple of characters I hardly know yet, the kind of seed that could lead to something larger that I was talking about above; a film treatment; a brief essay on my first job in New York; and a lot of reading about psychoanalysis. I’ve tended toward monoculture in the past, one and only one project at a time, but I’m trying to change that.