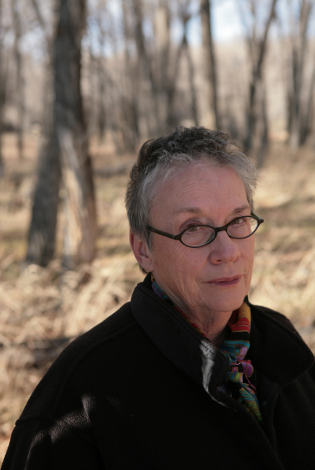 Annie Proulx first caught the public’s attention in 1993 with the Pulitzer Prize–winning novel, The Shipping News. The film Brokeback Mountain, based on a Proulx short story, won three Academy Awards. Her latest novel, Barkskins, follows two families from 1693 to modern times as they hitch their fates to the felling of North American forests, which, in turn, brings refuge, tragedy, riches, and hardship to both families. Our reviewer gave Barkskins a rave: “Part ecological fable à la Ursula K. Le Guin, part foundational saga along the lines of Brian Moore’s Black Robe and, yes, James Michener’s Centennial, Proulx’s story builds in depth and complication without becoming unduly tangled and is always told with the most beautiful language.” The author, who lives near Seattle, spoke with us about nature, climate change, and her next project.

Some of your readers might not know that you’ve written a guide to making sweet and hard ciders, which Gastronomica called “one of the most comprehensive and enduring books on the topic.” How did you become interested in making your own cider?

The cider book was written many years ago, one of several how-to books I wrote early on to eke out a living. Nothing to do with the later fiction.

Barkskins includes exquisite descriptions of forests and rivers; you write of tall pines, larch thickets, serviceberries, eels, elderberries, chokecherries, medicinal plants, moose and beaver behaviors and habitats. What resources did you use to capture that world?

I have lived in rural places all my life, especially northeastern North America, but also the High Plains, the Southwest, the Pacific Northwest, the Canadian Maritimes, and I have traveled extensively. Descriptions of the natural world in Barkskins are drawn from my own observations and imagination.

What drew your interest to the centurieslong process of North America’s deforestation?

I like stories wrapped around major social shifts in history. I have written about the disappearance of New England hill farms, the beginning of the collapse of the Newfoundland cod fishery, the plight of immigrants to the U.S., and homophobia. I wanted climate change to be the central focus of Barkskins, but the subject is so vast and with so many unknowns that I could only deal with one part of the massive event—deforestation. The story starts in Canada and the United States, but is also linked to the forests of France, Germany, Brazil, China, Australia, New Zealand. I did not have time or space enough to include a planned section on log poaching in Sumatra or a look at Haiti, whose many afflictions today are the results of earlier deforestation.

Throughout Barkskins, characters come and go and are revisited; their paths can crisscross, lead to China or New Zealand, or suddenly end. As a novelist, what were the challenges of working with such a large, changing, roving cast?

The characters carry their stories against a background of unremitting devastation. Since 300 years is barely enough time to show how uncontrolled timber cutting and man-caused wildfires have fed into the great stream of climate change, there had to be many characters, each reflective of their own time. The many descendants of the two young servants who begin the story in 1693 are still with us in the end and provide a thread of continuity.

I am gathering background information on the salmon canneries of 19th-century Astoria on the Columbia River for a possible small novel. And investigating the life of Constance Lindsay Skinner, the Canadian editor who initiated the famous Rivers of America series.