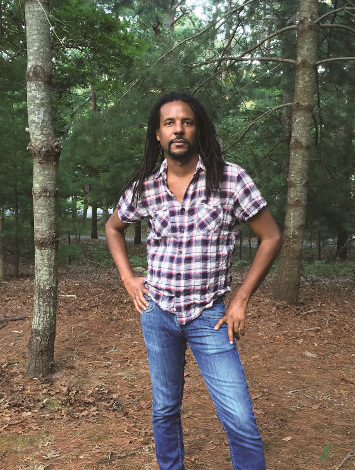 Readers got very lucky with Colson Whitehead, winner of a MacArthur “genius” grant and many other awards. He has astonishing, inventive talent, and he’s prolific. His latest, The Underground Railroad, grounds itself in the history and horror of plantation life and the fate of runaway slaves, as well as other historical details, including the Tuskegee Study. It also fires the imagination with invention—there’s an actual underground locomotive with lines running throughout the South and into the North. Kirkus said that Whitehead “continues the African-American artists’ inquiry into race mythology and history with rousing audacity and razor-sharp ingenuity; he is now assuredly a writer of the first rank.”

You’ve written about zombies, a black community in Sag Harbor, a “nomenclature consultant,” and more. What drew you to write about the Underground Railroad?

I like to mix things up from book to book—when I’m done with one topic, I’m so sick of it that a change of pace is always in order. I had the idea for this book 16 years ago. What if the Underground Railroad were a literal system of tracks? It’s oddball and impossible, but it seemed too strange to pass up. My last book was a humor book about the World Series of Poker, and this novel is pretty far from that.

You’ve mentioned that you read slave narratives saved by the Works Progress Administration as part of your research for your book. With so many stories to tell, how did you find your focus?

I didn’t focus on any of them; they provided a perspective on the variety of slave life, from the small family farm to the large plantation. The oral accounts gave me nouns and verbs, the small details that I could use to create a vivid portrait.

I admire Stan Lee for coming up with the Marvel Universe in the 1960s; John Coltrane for following his idiosyncratic, galloping genius; and Hedy Lamarr for being the only actress (that I know of) to come up with a radio guidance system used by the Allied forces in World War II and that was later incorporated into Wi-Fi technology.

How do you think The Underground Railroad resonates with the Black Lives Matter movement and recent books that address the ongoing threat to the black body?

I don’t, but if you have any theories I’d love to hear them!