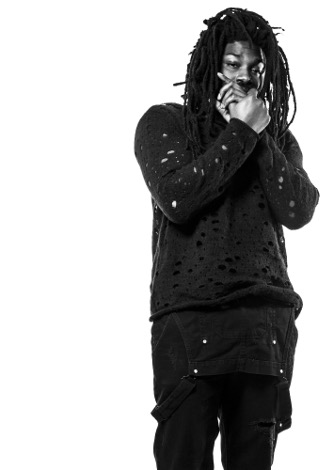 This year he has two books out that portray two very different sides of life as a young black boy. The first, As Brave as You, a finalist for the 2016 Kirkus Prize in Young Readers’ Literature, recounts a summer two brothers from Brooklyn, Genie and Ernie, spend with their grandparents in rural Virginia. We recently asked Reynolds about his caeer and his writing.

You’ve published two books this year, As Brave as You and Ghost, which is a little darker than As Brave as You. How are audiences reacting differently to the books?

It’s fascinating, because there’s definitely a difference. I think Ghost is one of these books that has an instant hook, and moves really quickly. It’s like a single for a new album, being played on the radio everyday. But As Brave as You is a whole album. It’s a journey that requires some patience because I had to unfold Genie’s world in a different way. And because of that care for environment, people tend to feel, not just connected to Genie, but to his entire family. There’s definitely been love for both books, which I’m so grateful for.

You told us when we interviewed you earlier this year that you didn’t really read much as a kid. You gravitated instead to the songs of OutKast, Tupac, and Queen Latifah. Was that mainly because there wasn’t enough YA lit at the time that reflected your own life?

That was exactly why. I mean, when I was younger YA books weren’t quite as raw as they are now, especially when depicting the lives of kids of color. The GREAT Walter Dean Myers was the king, but the truth is, his sweet spot was still 10 years behind us when it came to lexicon and voice. The truths were all there, along with the grit, but the voice was that of our fathers. And that would’ve been okay, too, if we were actually given his books. But we weren’t. So rappers were our literary saviors. They shouted our existence to the world.

Our critic wrote of As Brave as You that “Reynolds’ middle-grade debut meanders like the best kind of summer vacation but never loses sense of its throughline.” There’s a sense in this book that you took the story where you wanted to, that you followed a sense of adventure. Do you usually plot your books thoroughly before you start writing them?

I NEVER plot my books. I admire people who do, but I just can’t. As Brave as You was as much of an adventure for me as it is for the readers. I had no idea where it was going or what was going to happen. All I knew was that this kid with an insatiable curiosity was going

to have to spend time with his blind grandfather. And from there, the story spun into several iterations before landing on what we have now. It took a few years to get it right, which I have to admit was at times frustrating, but I couldn’t be happier with the outcome.  If I’m bored writing it, you’ll be bored reading it.

What are you working on next?

Next…well, I’m currently editing the second book in the Track series, Patina [Ghost is the first in the series], which I’m really excited about. It has a lot to live up to, but I think it’s different enough to grow its own legs. I’m also about to start editing a young adult novel in verse entitled, A Long Way Down. I want to tell you what it’s about, but…nahhh. Just know the whole story takes place on an elevator. That’s all I can say.