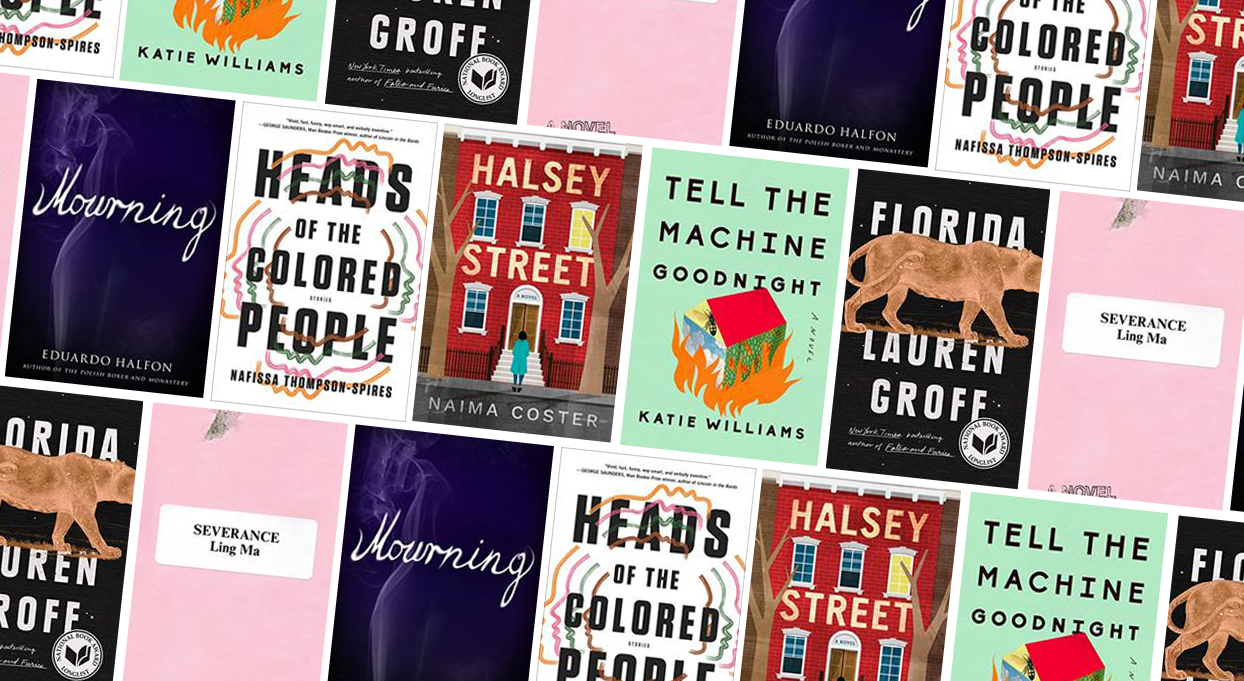 Introducing the finalists for the Kirkus Prize in Fiction is one of the highlights of my year, and I’m particularly excited about this year’s list. Our dedicated judges—critic and writer Jessica Jernigan and Angela Spring, owner of Duende District, a bookstore by people of color with pop-ups throughout the Washington, D.C., area—considered hundreds of books that earned starred reviews from Kirkus before choosing an eclectic and exciting group of six finalists.

There are three debuts—novels by Naima Coster and Ling Ma and a book of short stories by Nafissa Thompson-Spires—as well as Katie Williams’ first book for adults. There’s a collection of stories by a writer, Lauren Groff, whose last novel was a Kirkus Prize finalist in 2015. And there’s a novel in translation, by Eduardo Halfon, which is also the first finalist from Bellevue Literary Press. Jessica and Angela will be joined by author Sandra Cisneros to select the winner on Oct. 25 in Austin; here are excerpts from our reviews to help you choose which one you want to read first!

Halsey Street by Naima Coster: “A quiet gut-punch of a debut, Coster's novel is a family saga set against the landscape of gentrifying Brooklyn.”

Florida by Lauren Groff: “A literary tour de force of precariousness set in a blistering place, a state shaped like a gun.”

Mourning by Eduardo Halfon: “Halfon constructs a kind of postmodern memorial to his grandfathers, who outlived the horrors of the Holocaust but not its searing emotional aftereffects."

Heads of the Colored People by Nafissa Thompson-Spires: “A bold new voice, at once insolently sardonic and incisively compassionate, asserts itself amid a surging wave of young African-American fiction writers….Thompson-Spires flashes fearsome gifts for quirky characterization, irony-laden repartee, and edgy humor.”

Tell the Machine Goodnight by Katie Williams: “Williams imagines a not-too-distant future in which people find happiness with the help of machines….With its clever, compelling vision of the future, deeply human characters, and delightfully unpredictable story, this novel is itself a recipe for contentment.”