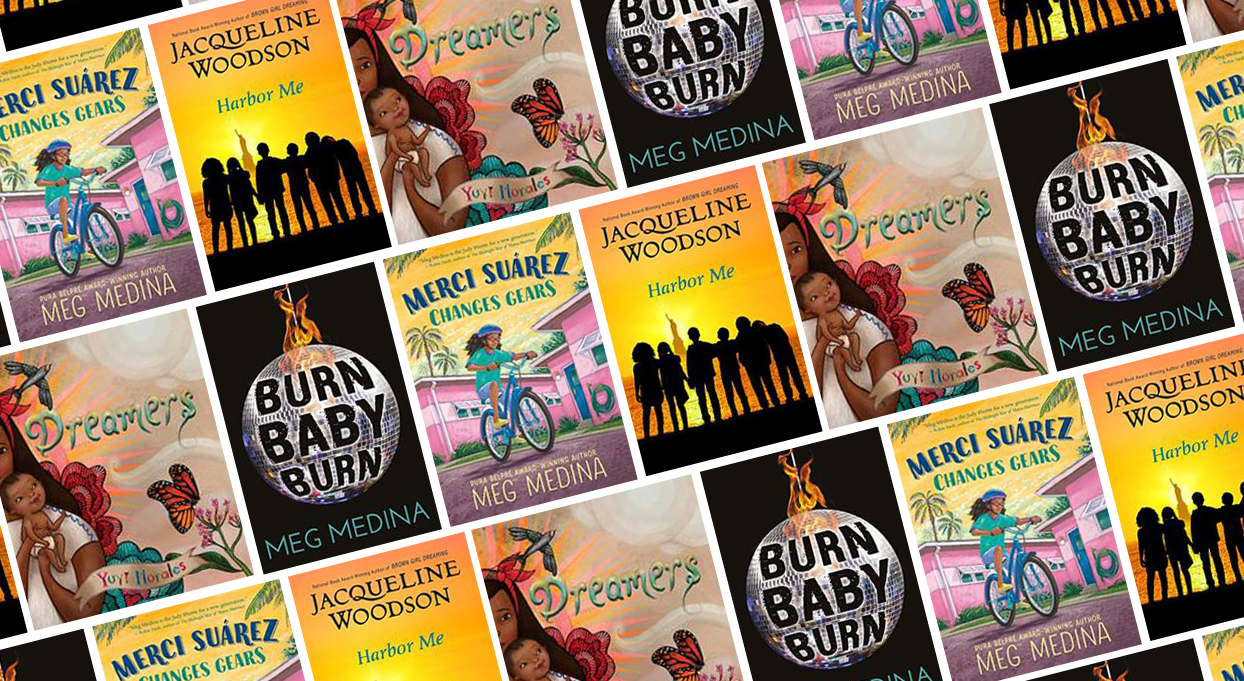 There’s one thing I know about the Kirkus Prize: It is really, really hard to pick just six books out of all the truly stellar books of the year. But choose them our judges must, and they picked some great ones. My YA colleague, Laura Simeon, will be talking about the two young adult finalists, and is my pleasure to introduce to you (if you haven’t met them already) the two picture-book and two middle-grade finalists.

Crown, by Derrick Barnes and illustrated by Gordon C. James, is already picture-book royalty, having been honored by the 2018 Newbery, Caldecott, Coretta Scott King, and Ezra Jack Keats committees. This joyous paean to the black barbershop “oozes black cool and timely, much-needed black joy,” a statement that’s just as true now as it was when our reviewer wrote that last year. Yuyi Morales’ Dreamers is similarly timely. A picture-book memoir of the author/illustrator’s immigration to the United States from Mexico with her young son, a babe in arms, it intimately evokes her feelings of strangeness in her new land with surreal mixed-media illustrations that are “a spectacular culmination of [her] work thus far.”

Meg Medina, a finalist for the 2016 prize for her YA novel Burn Baby Burn, returns in the middle-grade category with Merci Suárez Changes Gears, in which the title character navigates both the churning waters of a snooty private school as a scholarship kid and the emotional tides of her Cuban-American extended family. Her bond with her grandfather, who’s slipping into dementia, is “heartbreakingly beautiful.” The biracial (black/white) protagonist of Jacqueline Woodson’s Harbor Me likewise moves between two worlds: her home, where she nervously awaits the release of her father from prison, and her school, where she and five classmates support one another in a dangerous, unpredictable world. It is “a powerful tale of community and mutual growth.”

Read them and love them: They are all glorious.