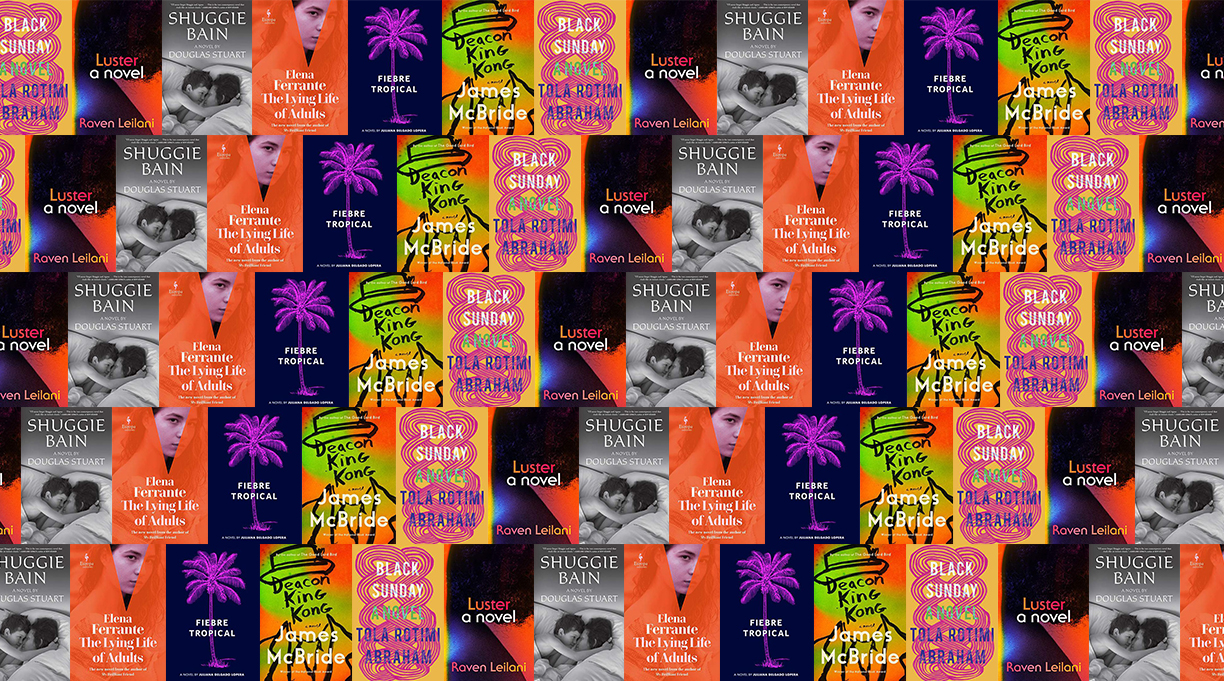 This year more than ever, I’m thrilled to introduce the finalists for the Kirkus Prize in Fiction. Our dedicated judges—Veronica Liu, founder and general coordinator of Word Up Community Bookshop/Librería Comunitaria in Manhattan, and Kirkus reviewer Amy Reiter—have worked through the pandemic to choose an eclectic group of finalists that would make a perfect reading list for the next few months. Author Chang-rae Lee will be joining them to choose the winner on Nov. 5.

Black Sunday by Tola Rotimi Abraham (Catapult) follows the dissolution of a Nigerian family after the mother loses her job and her four children—identical twin girls named Bibike and Ariyike and younger boys named Peter and Andrew—go in different directions. “Abraham stuffs her novel past brimming, but its sophisticated structure and propulsive narration allow her to tuck in a biting critique of corrupt colonial religion and universally exploitative men,” our review said. “A piercing, supple debut.”

Fiebre Tropical by Juli Delgado Lopera (Feminist Press) is narrated by 15-year-old Francisca, who’s been uprooted from her home in Bogotá and is now living with her mother, sister, and grandmother in Miami. As our review said, “With a whip-smart, unapologetic voice peppered with Colombian slang, Francisca pulls us into her new life in ‘Yanquilandia.’…A rich, deeply felt novel about family ties, immigration, sexual longing, faith, and desire. Simultaneously raw and luminous.”

The Lying Life of Adults by Elena Ferrante, translated by Ann Goldstein (Europa Editions), returns to Naples, the scene of Ferrante’s groundbreaking Neapolitan Quartet, but this book explores a more privileged neighborhood. Giovanna is 12 when we meet her, an affectionate and studious girl, but she’s entering the choppy waters of adolescence. When she overhears her father remarking that she’s come to resemble his reviled sister, Vittoria, Giovanna sets out to meet her mysterious aunt. As our review said: “A girl, a city, an inhospitable society: Ferrante’s formula works again!”

Luster by Raven Leilani (FSG) tells the story of Edie, a razor-sharp and dissatisfied young Black woman who’s trying to support herself in New York and find her way as an artist. She has an affair with Eric, a 40-something married White man, and finds herself slipping, almost by accident, into his life, until his wife, Rebecca, invites her to move in with them and their adopted Black daughter, Akila. “All the while, the dynamics among the four of them keep shifting, an unstable ballet of race, sex, and power,” our review said. “Leilani’s characters act in ways that often defy explanation, and that is part of what makes them so alive and so mesmerizing: Whose behavior, in real life, can be reduced to simple cause and effect?”

Deacon King Kong by James McBride (Riverhead) touches down in 1969 Brooklyn as a drunk widower and church deacon known as Sportcoat shoots the local drug dealer in the arm—an act he doesn’t remember the next day but that somehow ends up involving everyone in the neighborhood. “McBride has a flair for fashioning comedy whose buoyant outrageousness barely conceals both a steely command of big and small narrative elements and a river-deep supply of humane intelligence,” our review said. “An exuberant comic opera set to the music of life.”

Shuggie Bain by Douglas Stuart (Grove) tells the story of a lonely boy in working-class 1980s Glasgow and his beloved mother, the beautiful Agnes, whose alcoholism rules their family. “Shuggie’s adoration of his mother is the light of his life, his compass, his faith, embodied in his ability to forgive her every time she resurrects herself from a binge,” our review said. “You will never forget Shuggie Bain.”