4 Adaptations To Stream in August 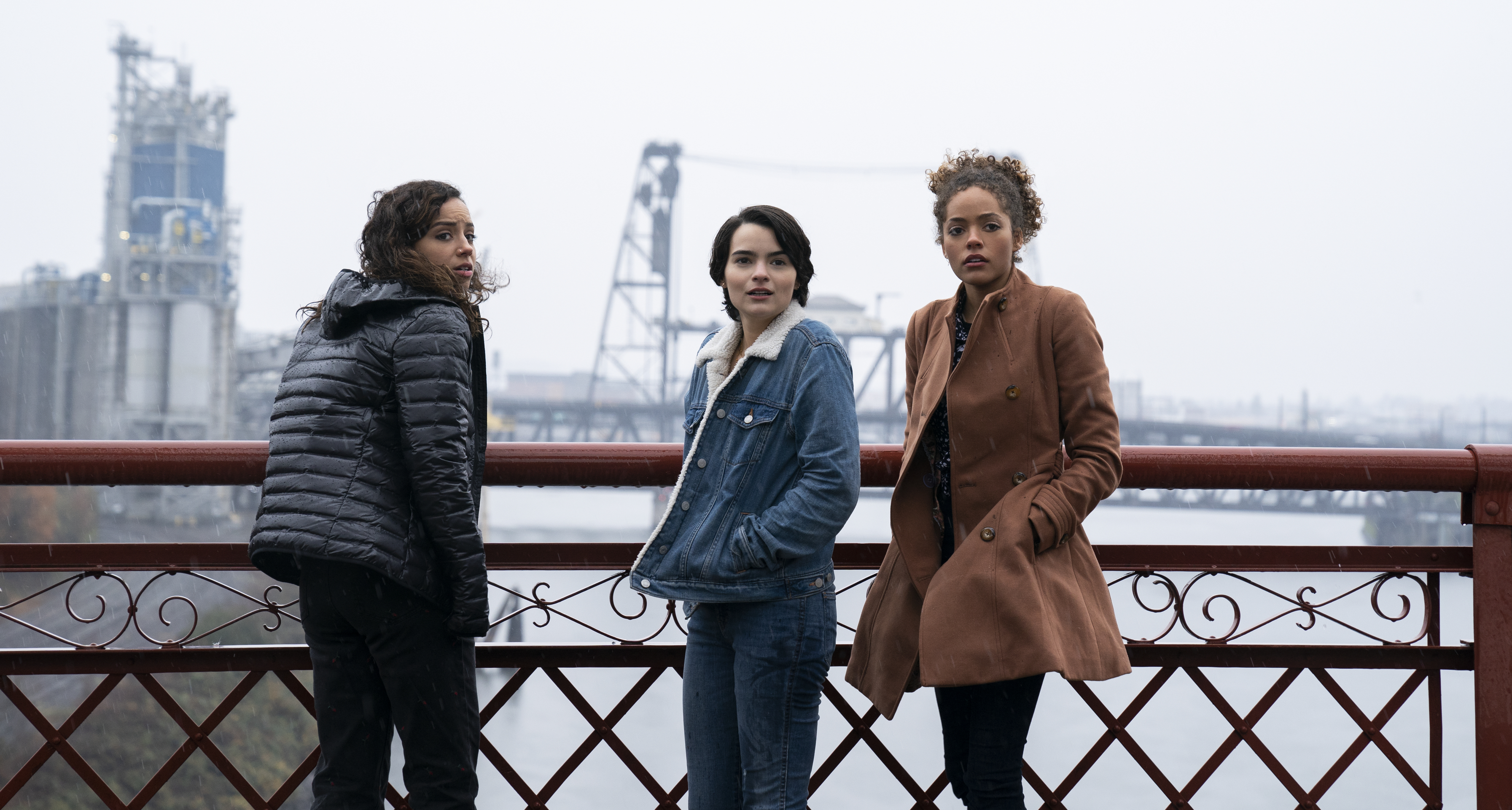 Summer is traditionally a time of blockbuster movie premieres, but this year, theater closures around the world have delayed the releases of such big-ticket films as Tenet, Mulan, and Wonder Woman 1984. Some book-to-screen adaptations—such as The Woman in the Window, based on the thriller by A.J. Finn and starring Amy Adams—have also been pushed. Others are being released on video-on-demand, though, and streaming services continue to roll out new, book-based TV shows and movies. Look for in-depth columns on HBO’s miniseries of Matt Ruff’s horror novel Lovecraft Country (premiering 8/16), and Amazon Prime Video’s film of Krystal Sutherland’s YA book Our Chemical Hearts (8/19). Here are four other adaptations headed to small screens in August:

Author M.R. Hall’s thriller series featuring angst-ridden English medical examiner Jenny Cooper provides the basis for this new CW show. Fans of Hall’s books, which include 2009’s The Disappeared and 2011’s The Redeemed, will note that this TV adaptation introduces a few changes, not the least of which is a new Toronto setting; the show is a Canadian production, which aired last year on the CBC TV network. It stars Serinda Swan, an intriguing actor whom Marvel Comics fans may know from the short-lived ABC show Inhumans; she also memorably played Oscar winner Anne Bancroft in a 2017 episode of the FX miniseries Feud: Bette and Joan. Her turn as the anxious, complex Cooper is sure to be worth watching.

This is the latest movie version of Frances Hodgson Burnett’s classic 1911 children’s novel in which a troubled, orphaned English girl, Mary Lennox, discovers a hidden walled garden on her widowed uncle’s sprawling estate, and becomes close friends with her young, disabled cousin. The new film stars The Little Stranger’s Dixie Egerickx as Mary and the estimable Colin Firth as her uncle. (Interestingly, this is the second time that Firth has appeared in a Secret Garden adaptation; the first was a Hallmark Hall of Fame TV movie, way back in 1987.) The new film moves the action from 1911 to 1947, but otherwise seems largely faithful to its source; the trailer does feature a few shots that imply an additional magical element—but this could simply be a representation of the magic of a child’s imagination. In any case, it’s a gorgeous-looking production, thanks in large part to cinematographer Lol Crawley, who shot the brilliant first season of the Netflix series The OA.

Katherine Applegate’s Kirkus-starred and Newbery Medal–winning 2012 children’s novel, The One and Only Ivan, tells the story of a gentle and creative silverback gorilla who decides to rescue a mistreated baby elephant from the “Big Top Mall,” where they both live in captivity. This movie adaptation, which features a number of CGI animals, has a deep bench of truly impressive talent. Golden Globe–, Emmy-, and Tony-winning actor Bryan Cranston stars as Mack, Ivan’s human owner, and the voice cast includes no less than three Oscar winners—Sam Rockwell as Ivan, Angelina Jolie, and Helen Mirren. It also features the vocal talents of Grammy Award–winning singer Chaka Khan, Tony nominee Phillipa Soo (of Hamilton fame), and Golden Globe– and Emmy-winner Danny DeVito.

This excellent Netflix series won two Daytime Emmys on Sunday for Outstanding Young Adult Program and Outstanding Writing for a Children’s or Young Adult Program, and both were richly deserved. The show was co-created and -written by Kirsten Smith, the author of the 2013 novel on which it’s based, and she’s something of an expert on book-to-screen adaptations; she also co-wrote the screenplays for movie versions of Amanda Brown’s 2001 novel, Legally Blonde, and Gail Carson Levine’s 1997 children’s book, Ella Enchanted.

Trinkets focuses on three teens in Portland, Oregon, who gradually become friends—and partners in crime—after encountering one another at a Shoplifters Anonymous meeting. The show’s first season expands on the book in some ways, and it establishes that all three main characters have complicated lives: Socially awkward Elodie Davis (Deadpool’s Brianna Hildebrand), who recently moved to the city after the traumatic death of her mother, falls into a lopsided romance with Sabine, a narcissistic local singer; punkish athlete Moe Truax (Sacred Lies’ Kiana Madeira), who’s conflicted about the recent release of her father from prison, deals with uncharacteristically serious feelings for a boy at school; and popular-girl Tabitha Foster (Quintessa Swindell) is trying to get clear of her abusive longtime boyfriend and find her own identity while also dealing with a complex family issue.

Refreshingly, the show never judges its characters for the decisions they make, and all three lead actors do great work—particularly Madeira, who brings an unexpected depth of feeling to snarky Moe. Although the series touches on some weighty issues, it never takes refuge in easy answers or heavy-handed morals. The first season ended with Elodie, Moe, and Tabitha in truly dire straits, and newcomers will want to catch up on those episodes to better enjoy the second (and final) season’s twists and turns.

The final season back to steal your screens AUGUST 25TH only on @netflix pic.twitter.com/I2rqkLIyQu