4 New Adaptations To Watch in March 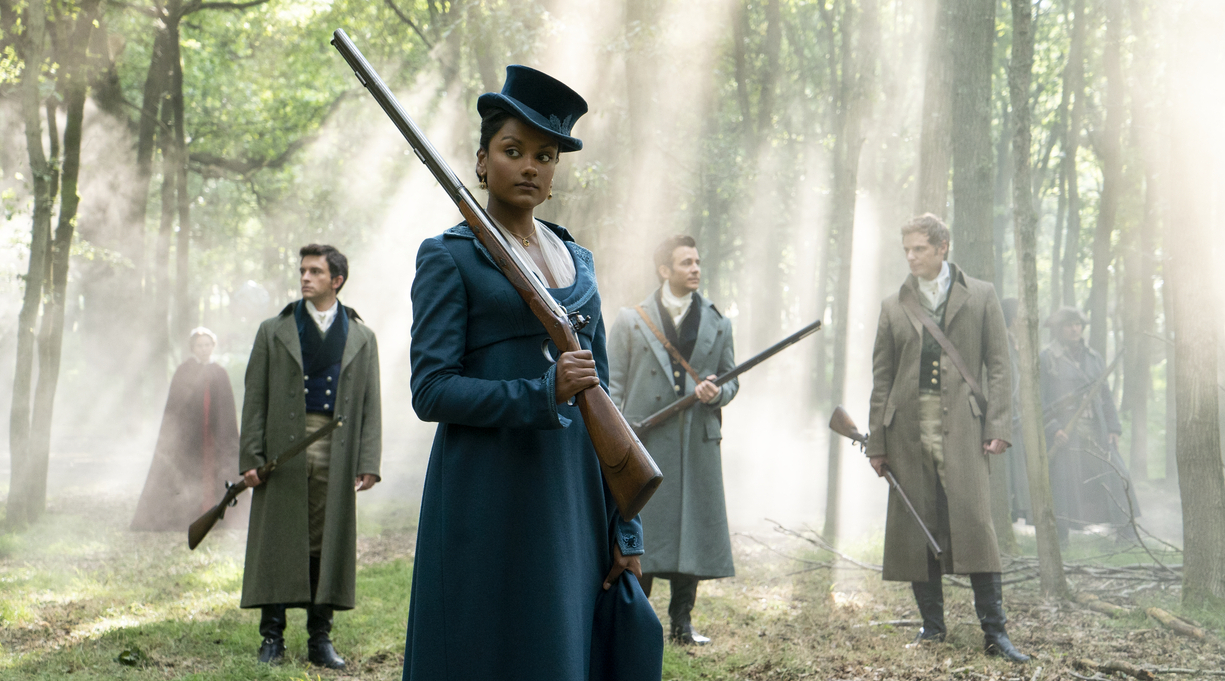 Watch for our upcoming columns on two new Apple TV+ miniseries, both based on Kirkus-starred novels: The Last Days of Ptolemy Grey (premiering Mar. 11), based on the book by Walter Mosley and starring Samuel L. Jackson; and Pachinko (Mar. 25), based on Min Jin Lee’s family saga, which was a finalist for the National Book Award. In the meantime, here are four more book-to-screen adaptations to watch for in March:

In Karin Slaughter’s bestselling 2018 thriller, an aimless young woman, Andy Oliver, returns to her hometown of Belle Isle, Georgia, after her mom, speech therapist Laura Oliver, is diagnosed with breast cancer. As the pair have lunch in a mall café on Andy’s birthday, they find themselves in the middle of a mass shooting by a lone gunman. Andy is shocked when Laura steps in and violently stops the assailant—by killing him with his own weapon. It turns out that Laura has some big secrets in her past and has been hiding for decades from some very dangerous people. This series adaptation features the always-excellent Toni Collette as Laura and The Man In the High Castle’s Bella Heathcote as Andy, and its trailer promises a twisty, tense mystery, indeed.The first season is directed by Minkie Spiro, who previously helmed three episodes of HBO’s miniseries of Philip Roth’s The Plot Against America.

Fans of this long-running TV series, based on the bestselling time-travel historical romance novels by Diana Gabaldon, having been waiting nearly two years for new episodes. In the first book, 1991’s Outlander, British nurse Claire Randall is magically sent back in time from the 1940s to 1743, where she meets Scottish fugitive Jamie Fraser. She eventually marries him, and later books involve more time travel and a move to colonial America. This latest season largely adapts the sixth book in Gabaldon’s series, 2005’s A Breath of Snow and Ashes, which takes place in 1773, as the Revolutionary War looms. Caitríona Balfe, as Claire, and Sam Heughan, as Jamie, can always be counted on to bring plenty of passion and nuance to their roles, and the setting is sure to interest American history buffs. That said, newcomers would do well to catch up on previous seasons, available on Netflix and on Starz’s on-demand streaming service.

This streaming series was an instant hit after it premiered at the end of 2020. It’s based on the popular series of Regency romance novels by Julia Quinn, and it’s executive-produced by Shonda Rhimes, the showrunner and creator of such TV mainstays as Grey’s Anatomy, Private Practice, and Scandal. The books center on eight siblings in the Bridgerton family, all members of British high society in the early 1800s. The previous season was based on Quinn’s first series installment, 2000’s The Duke and I; this new one draws on 2000’s The Viscount Who Loved Me, and focuses on the love life of Anthony Bridgerton, played in the series by Jonathan Bailey. In the book, Anthony has set his sights on the woman he intends to marry, but that woman’s sister, Kate Sheffield (called Kate Sharma on the show and played by Sex Education’s Simone Ashley), is set on keeping the wedding from happening. Nearly all the appealing cast members from the first season return in the second, including the wonderful Nicola Coughlan as the sharp Penelope Featherington. (Fans of the show can also check out Kirkus’ explainer: “A Reader’s Guide to the Novels Behind Bridgerton.”)

Graham Swift’s Kirkus-starred 2016 novel tells the story of young English housemaid Jane Fairchild, who’s having a secret affair with Paul Sheringham, the son of her employers, who’s engaged to be married. The couple decide to spend a final day alone together in his house on Mothering Sunday, a March holiday when servants traditionally visit their mothers; the house is empty because his parents are at a lunch date. The novel provides flashbacks of the orphaned Jane’s early days on the job, and flash-forwards to the main characters’ futures. This movie version, which premiered at the Cannes Film Festival last year, features an intriguing cast, including The Stand’s Odessa Young as Jane, and Josh O’Connor, who played Prince Charles on the Netflix series The Crown, as Paul. Oscar winner Olivia Colman, who recently put in a stunning, Oscar-nominated performance in a film adaptation of Elena Ferrante’s The Lost Daughter, plays Paul’s mother, and Colin Firth, also an Academy Award winner, plays Paul’s father. The film was directed by Girls of the Sun’s Eva Husson, and written by Alice Birch, who adapted Sally Rooney’s Normal People for a very popular BBC and Hulu miniseries.