4 Thrillers That Will Keep You Up at Night 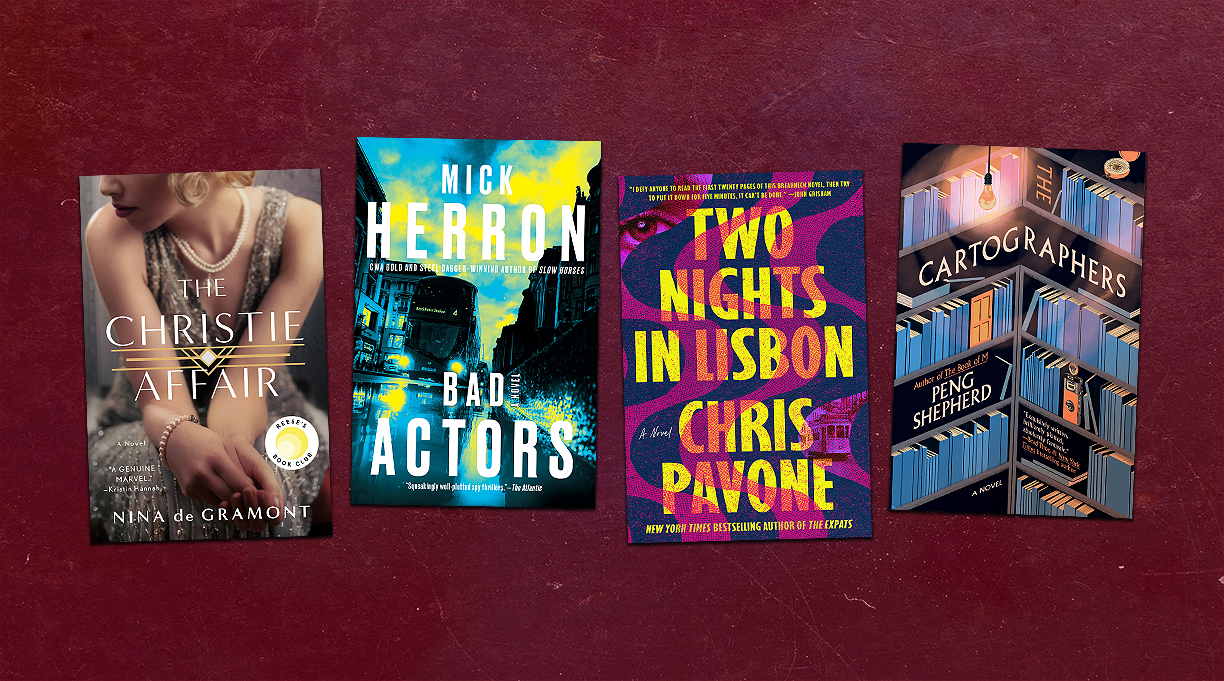 Background by Malik Skydsgaard on Unsplash

Every couple of years, I edit a review of one of Mick Herron’s books about a group of underachieving British spies who’ve been exiled to someplace called Slough House, which—even if you don’t get the reference to a colorless London suburb—doesn’t sound like the kind of place you’d want to end up. The books always sound intriguing, but I’d never actually picked one up until recently, when they were produced for television as Slow Horses. Now I’m reading the first volume, also called Slow Horses (2010), at the same time that I’m watching the show, which is extremely faithful to the book’s tone of dry wit and despair as the MI5 outcasts battle both the ostensible bad guys and the possibly worse guys who happen to be their colleagues at the agency’s Regents Park headquarters. The latest installment, Bad Actors (Soho Press, May 10), just came out; our review says, “Herron summons a witches’ brew of double talk, petty rivalries, and professional paranoia.…More proof that the enemies of the state are no more than a pretext for infighting to the death among the agencies.”

Nell Young, the protagonist of Peng Shepherd’s intriguing thriller The Cartographers (Morrow, March 15), has something in common with Herron’s slow horses: She’s a young mapmaker who was at the top of her game, working at the New York Public Library’s Map Division, before her father, the department’s star, had her fired in disgrace. Her error? Finding a box of rare maps in the library’s basement that her father decreed fakes. Now her father has been found dead at his desk with one of those supposedly worthless maps in a secret drawer, and Nell has to figure out why he cast her out and how he wound up murdered. Our review said, “Shepherd plots page-turning twists and revelations with ease and excels in her knowledge of historical maps and cartographical mysteries.…A highly inventive novel that pushes the boundaries of reality.”

Former publishing executive Chris Pavone moved to Luxembourg in 2008 when his wife got a job there; he took the opportunity to write his first thriller, The Expats (2021), and has since rolled out four more novels centering around writing, spying, and international travel. The latest, Two Nights in Lisbon (Crown, May 24), features Ariel Pryce, who wakes up in a Lisbon hotel room to find that her husband is missing—and soon gets a demand for 3 million euros for his return. A reporter and the CIA get involved, and it turns out that Ariel may not be who she appears to be. But then, who is? Our review says “this high-stakes drama grabs your attention and doesn’t let go.”

If you’re looking for more bookish crime novels, Nina de Gramont’s first mystery, The Last September (2015), features a grad student who’s writing a dissertation on Emily Dickinson, and her second, The Christie Affair (St. Martin’s, Feb. 1), focuses on Agatha Christie’s famous 11-day disappearance. Our starred review said: “The bare facts are here just as they happened. In December 1926, having announced his intention to divorce her so he could marry his mistress, Christie’s husband took off to spend a weekend in the country. Sometime that night, Agatha left home, abandoning her car beside a nearby chalk quarry with a suitcase full of clothes inside. Eleven days later, after an internationally publicized manhunt, she turned up at a spa hotel in Harrogate, having signed in under the name of her husband’s lover. Upon that frame of fact, de Gramont weaves brilliantly imagined storylines for both the mistress and the writer, converging at the spa hotel, where not one but two guests promptly turn up dead.…Devilishly clever, elegantly composed and structured—simply splendid.”