5 Books About Climate Change You Should Read Now 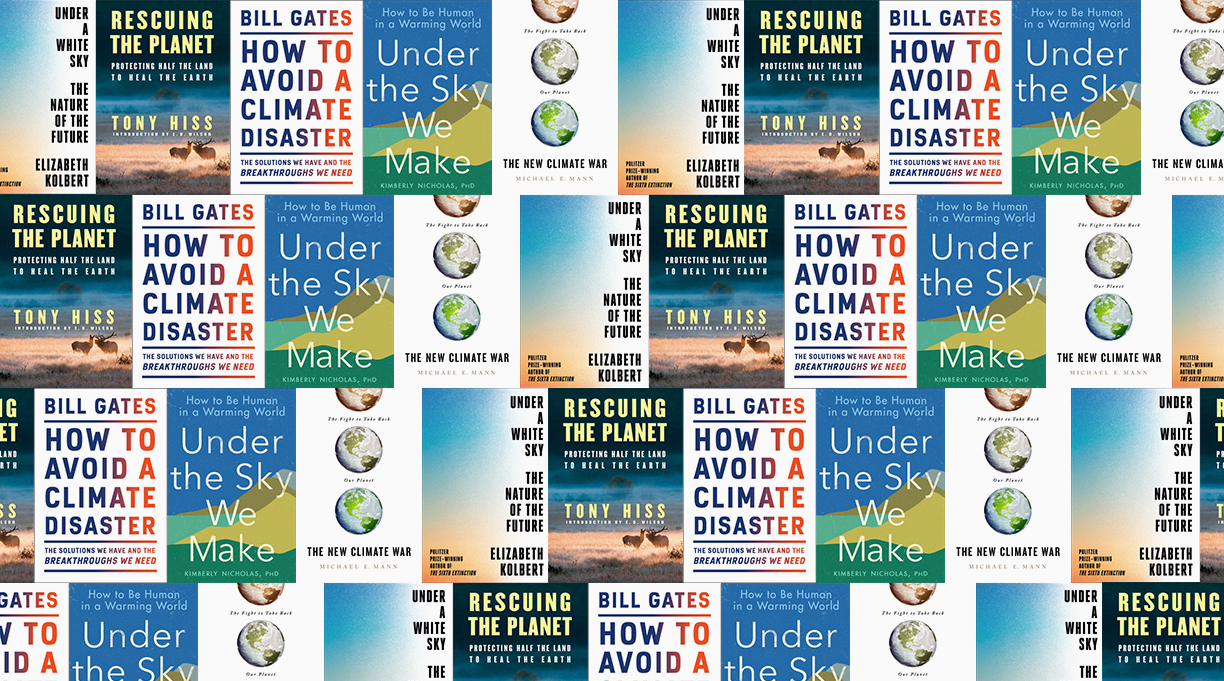 In our first Changemakers issue, which came out out March 15, you’ll find some of this year’s most important works about a host of contemporary issues, from racism and sexism to economic inequality. While all of them merit attention, there is no more pressing issue than the existential threat of climate change. Here are five books whose authors are seeking change in this vital area and what our reviewers had to say about them.

How To Avoid a Climate Disaster: The Solutions We Have and the Breakthroughs We Need by Bill Gates (Knopf, Feb. 16): “While drawing on his expertise and instincts as a successful tech innovator, investor, and philanthropist, Gates relies on teams of experts in science, engineering, and public policy to flesh out the details. The author focuses on five major emissions-generating activities—making things, plugging in, growing things, getting around, and keeping cool and warm….Though Gates doesn’t shy away from acknowledging the daunting challenges ahead, his narrative contains enough confidence—and hard science and economics—to convince many readers that his blueprint is one of the most viable yet.” (See our interview with Gates from last month.)

Rescuing the Planet: Protecting Half the Land To Heal the Earth by Tony Hiss (Knopf, March 30): “A passionate argument for protecting the world’s rapidly shrinking wilderness….Three great forested areas—Siberia, the Amazon, and the North American Boreal (in Canada and Alaska)—make up most of the world’s wilderness. ‘Siberia is 60 percent cut over,’ writes the author, ‘and so is more than 20 percent of the Amazon, where the rate of deforestation is spiking.’ The Boreal, however, is 85% intact. Since human activities account for less than 40% of our continent, and 15% is already protected, the author’s plan is feasible.”

Under a White Sky: The Nature of the Future by Elizabeth Kolbert (Crown, Feb. 9): “More top-notch environmental reportage from the Pulitzer Prize–winning author of The Sixth Extinction….Her travels are wide and often challenging, as when she visited remote waterholes in the Mojave Desert to examine isolated populations of pupfish or when she interviewed ornithologists and entomologists to better understand the staggering decline in avian and insect species….Can we and the world be saved from ourselves? That’s an up-in-the-air question, but the author holds out hope in a program that makes use of geoengineering, which, though highly speculative, is something that must be considered.”

The New Climate War: The Fight To Take Back Our Planet by Michael E. Mann (PublicAffairs, Jan. 12): Mann “clearly walks readers through the disingenuous arguments about carbon pricing; the mechanics of receiving governmental incentives for renewable energy; how the energy market lacks sufficient incentives to build a new infrastructure; solar and wind energy scare tactics in right-wing media; the pitfalls of ‘clean’ coal and geoengineering; ‘doomism,’ which ‘leads us down the same path of inaction as outright denial of the threat’; and carbon budgeting.”

Under the Sky We Make: How To Be Human in a Warming World by Kimberly Nicholas (Putnam, March 23): “Lund University climate scientist Nicholas delivers a user-friendly survey of the current state of the knowledge on climate change….What remains to be done, on a long to-do list, is to move from what she calls an ‘Exploitation Mindset’ to one devoted to regeneration, and this takes the large-scale down to the individual level, with each of us responsible for adopting habits that contribute to environmental healing….More immediately, citizens must reject fast-fix, ‘pollute-now, pay later’ promises on the parts of corporations and demand better solutions. Some of the author’s recommendations have been voiced by other climate activists, but she writes with welcome clarity and little partisan cheerleading.”