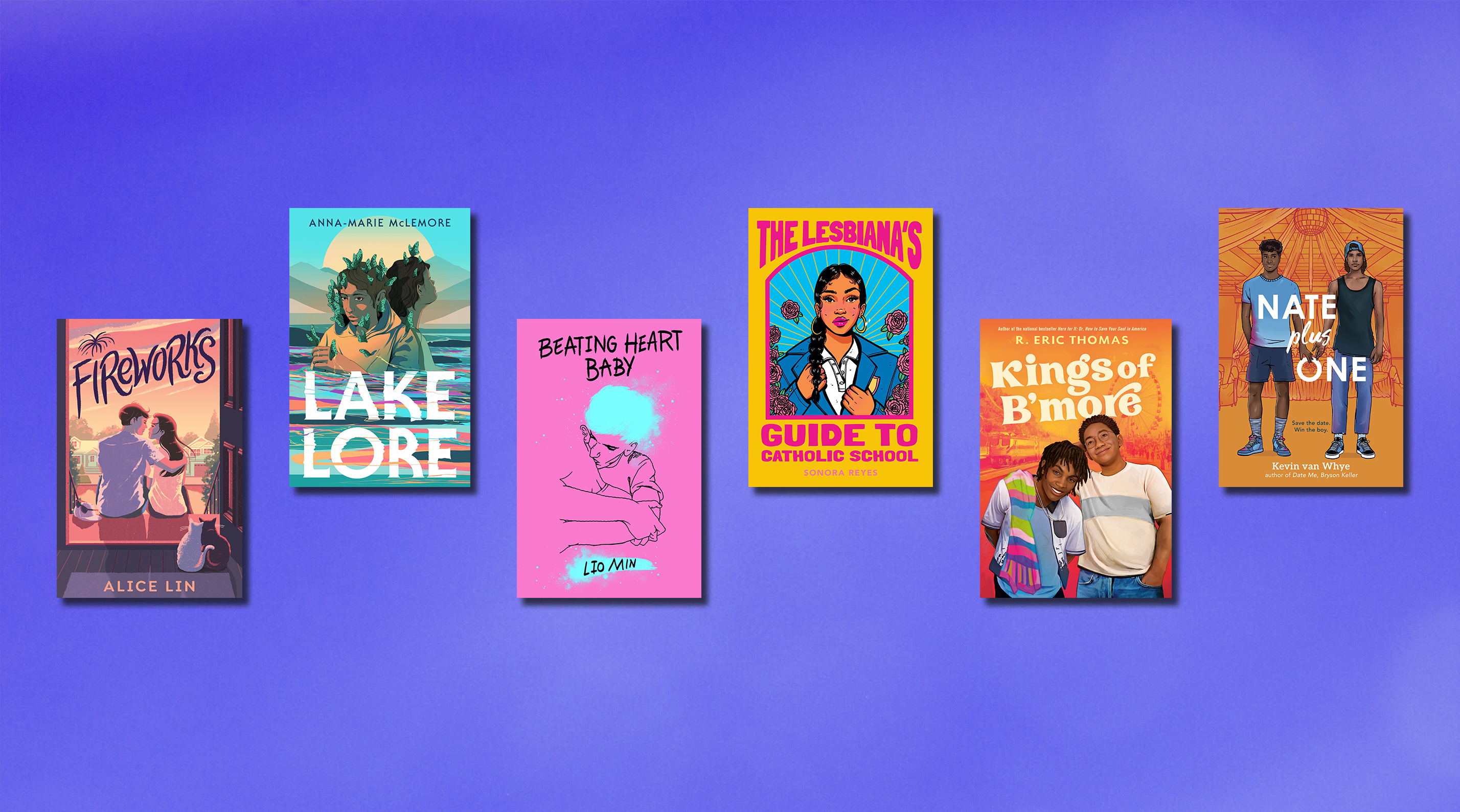 Pride Month is a time for embracing and uplifting diversity in sexuality and gender, something that has recently felt much more difficult between hostile legislation and book bans and challenges. This makes it all the more important that we have books for young people that are triumphant, that celebrate people as they are, that do not flinch from honestly showing real obstacles but affirm that happiness is a possibility, and that portray queer characters embracing multifaceted identities. It’s hard to imagine a future (or present) that you don’t see around you. For young people living in families or communities that are not actively supportive, books can be lifelines: If books didn’t hold such power, people would not try so hard to control access to them. At a time when forces bearing messages of shame are more vocal than ever, the following titles are necessary and meaningful sources of catharsis, recognition, relief, and sheer entertainment.

Lakelore by Anna-Marie McLemore (Feiwel & Friends, March 8): Neurodivergent, Mexican American, trans, and nonbinary: These characteristics can feel like obstacles in a world that is often less than accepting of Bastián and Lore, the teens at the heart of this story. But after they find one another in a magical underwater world, the realization comes that “the raw beauty in us, it’s something living and breathing.” This breathtaking novel pulses with emotion.

Nate Plus One by Kevin van Whye (Random House, May 10): What could be more romantic than a friends-to-lovers story set against the vibrant backdrop of contemporary South Africa? In this charming, heartwarming story, Nate Hargreaves finds himself traveling halfway around the world to a family wedding with Jai Patel, his friend and band mate—and secret crush—after his mom can’t make it. It’s an arrangement destined to lead to love, but how will they get there?

The Lesbiana’s Guide to Catholic School by Sonora Reyes (Balzer + Bray/HarperCollins, May 17): Religiously sanctioned homophobia, racism, and financial insecurity take tremendous emotional tolls on closeted Mexican American Yamilet. Fortunately, she makes loyal friends (and one who’s potentially something more) at her new Catholic school, has a close relationship with her brother, and possesses the resilience to keep reaching out even when people she loves let her down. This nuanced, compassionate story of living courageously will resonate widely.

Kings of B’more by R. Eric Thomas (Kokila, May 31): The joyous cover of this celebratory novel about two gay Black boys says it all. Before besties Linus and Harrison are separated by the latter’s imminent move away from Baltimore, they embark on their own version of Ferris Bueller’s Day Off. Their adventures include things both momentous (attending their first Pride) and purely fun (riding in a convertible)—as well as plenty of time for sharing deeper truths.

Fireworks by Alice Lin (Underlined, June 7): This light romance brings summertime fun plus much-needed, casual, non-angst-y bisexual representation. Taiwanese American Lulu is a bit disappointed with her lackluster love life, but everything changes when Kite, a boy she was friends with years ago who’s now a K-pop star, returns to New York City from Seoul. Sparks fly, but it’s tough being in the public eye, and the novel explores this challenge and more.

Beating Heart Baby by Lio Min (Flatiron, July 26): Musical beats and blazing California sunshine infuse this multilayered, heart-achingly memorable novel about Santi and Suwa, two Asian American teen boys who find their way to love. Exploring topics such as grief, multiethnic identity, chosen family, and being gay and trans, the story takes readers on a roller coaster of feelings as the protagonists navigate the vulnerability of honest connection and self-expression.