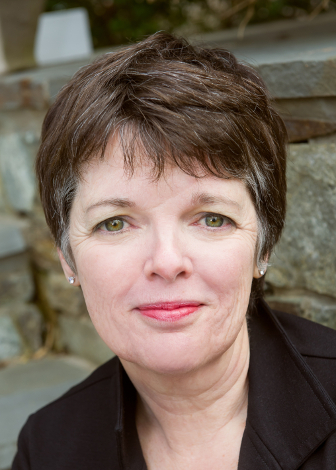 “There’s something beautiful and humble about the language that those orders chose, juxtaposed with their ambition: ‘We’re not going to sit here and knit socks, we’re going to go out into the world and alleviate suffering. We’re going to bring justice where there is none,’ ” says McDermott, whose mother was raised by a widowed aunt with help from a Little Sister of the Sick Poor, Sister Mary Rose, Congregation of the Infant Jesus, to whom the book is dedicated.

McDermott is a National Book Award and American Book Award winner (Charming Billy); a three-time Pulitzer Prize nominee (That Night, At Weddings and Wakes, After This); and the author of numerous stories and essays published by the New York Times, Washington Post, the New Yorker, and Harper’s, among others. Born and raised in Brooklyn, she is the Richard A. Macksey Professor of Humanities at Johns Hopkins University.

“Initially, I just wanted to create one nun who embodied someone tough and smart and yet a beggar, and that was Sister St. Saviour, the first of the nuns to appear,” says McDermott, who went on to invent an entire order, the Little Nursing Sisters of the Sick Poor. “And then, honestly, the damn nuns took over.”

The Ninth Hour begins on a ghastly gray February day. On her way home from long hours begging alms, Sister St. Saviour stumbles upon a fresh tragedy: a burned building, a congregation of cops, shaken neighbors, and a young widow, pretty enough and pregnant, in need of ministration. Annie’s husband, Jim, a young Irish immigrant, a trainman, committed suicide by gas.

“This much the nun was certain of: the husband had cherished this girl with the beautiful hair,” McDermott writes. “Love was not the trouble. Money, more likely. Alcohol. Madness. The day and time itself: late afternoon in early February, was there a moment of the year better suited for despair? Sister herself had had the very same thought earlier today, during her long hours of begging in the drafty vestibule. We’re all feeling it, she’d thought....”

Humanely, St. Saviour refuses to speak the sin (“Your man fell asleep....The flame went out. It was a wet and unfortunate day,” she writes.). She enlists her fellow Sisters to expedite burial in the consecrated cemetery where the young couple own plots before the next day’s dawn (i.e. before the facts precede them).

“That’s quick,” Sister Jeanne said. She hesitated and then added, “Sister Lucy wonders why it’s such a rush.”

Sister St. Saviour only raised her eyes to the top of the newspaper. “Sister Lucy,” she said casually, “has a big mouth.”

By St. Savior’s design, Sisters Jeanne, Lucy, and Illuminata, the convent laundress, become indispensable to Annie and her daughter, Sally, born the following August. (The reverse is also true.) In the richness of their relationships and magnificence of their inner worlds, McDermott proves their assumedly quiet lives deserving of a deeper look.

“We all have these childish images of shrill nuns screaming in a classroom,” she says, “that demand we stop and say, ‘Let’s take another look. Let’s look from their point of view, from the inside, from the underground, so to speak—not setting out to contradict or to correct any mistaken conceptions of what this life was like, but just to see it again, in an individual way.’ ”

McDermott never contemplated taking vows. (Though, when pressed, says, “I probably would have been one of those

screaming nuns at the front of the classroom, righting the world 60 children at a time.”) Were she to prescribe the vows novelists might take, however, there’s a particular tenet she’d like upheld.

“With the preamble of there should be no rules,” she says, “as the wonderful Flannery O’Connor said, you can do whatever you can get away with, you just can’t get away with much—a commitment to authenticity and honesty would be one of the first vows I would ask novelists to take, so that characters are not manipulated for a cause, or the writer’s ego is not apparent on the page. [So that] a reader can trust in fiction, in the way we can trust in very few other things we read.”