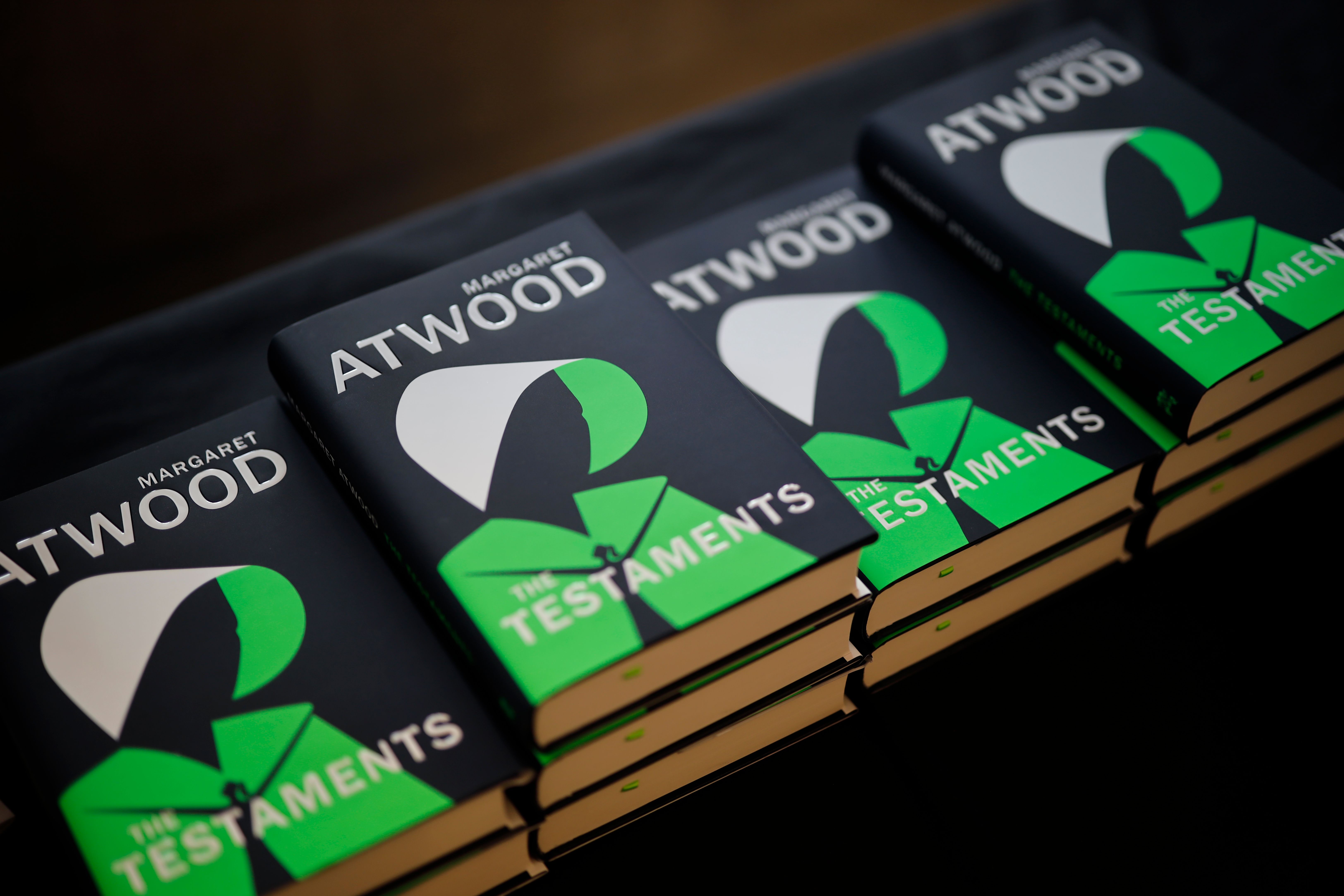 Amazon unveiled its selections for the best books of 2019 on Tuesday, with Margaret Atwood’s much-hyped The Testaments taking the No. 1 spot.

Atwood’s novel, a sequel to her beloved The Handmaid’s Tale, has been a huge hit for publisher Nan A. Talese. It was one of two books to win this year’s prestigious Booker Prize.

Atwood said she was “mildly embarrassed, though absolutely delighted” that her novel was named Amazon’s best book of the year.

“While I'm no prophet, we seem doomed to live in stressful times,” she said, employing some very Canadian understatement. “A tale of hope and courage narrated by three strong female voices appears to have connected to this crucial 2019 moment.”

Colson Whitehead’s The Nickel Boys, which won this year’s Kirkus Prize for fiction, took the No. 2 spot on Amazon’s list. Whitehead’s previous novel, The Underground Railroad, was named Amazon’s best book of the year in 2016.

Rounding out the top five were Adrienne Brodeur’s memoir Wild Game: My Mother, Her Lover, and Me; Salman Rushdie’s novel Quichotte, and Erin Morgenstern’s fantasy The Starless Sea. Other notable books in the top 20 included George Takei’s They Called Us Enemy, Jacqueline Woodson’s Red at the Bone, and Ocean Vuong’s On Earth We’re Briefly Gorgeous.