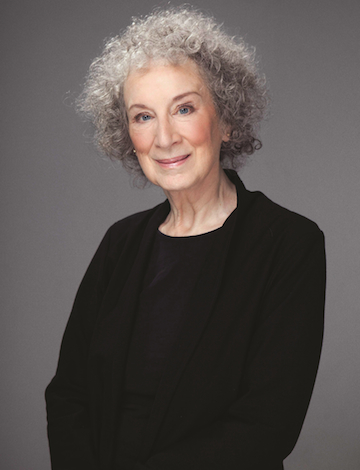 A county clerk in a heartland state defies an order, backed by the Supreme Court of the United States, to issue marriage licenses to applicants regardless of their sex or gender. She pleads loyalty to a higher judge. Supporters argue that the laws of the deity trump the laws of mere mortals, while several conservative candidates for the presidency of the land declare themselves to be on her side.

It’s against headline-making events like this one, which is by no means isolated, that Margaret Atwood’s novel The Handmaid’s Tale, published 30 years ago, seems depressingly prescient. Like its near-contemporary, P.D. James’s The Children of Men, with which it shares a number of themes, it also seems very nearly documentary: though classified as a work of dystopian fiction and even science fiction, Atwood’s grim story reads as if taken straight from CNN. Following a terrorist attack in which much of the elected government is killed, an attack blamed on Islamists, a theocratic movement called the Sons of Jacob stages a coup and suspends constitutional rule. They have a different text in mind: in their Republic of Gilead—no direct relation to Marilynne Robinson’s bucolic Iowa haven—it is the Old Testament that commands allegiance.

racy, some people are closer to the divine than others, and those lucky few get the goodies of life, including sexual droit du seigneur. Offred—a youngish woman who, that is to say, belongs to Fred, a senior official in the military regime that governs Gilead—is a handmaid, as the book’s Chaucerian title promises. Her job, in a time when fertility rates have plummeted thanks to environmental degradation and disease (Atwood might add climate change and overall malaise to the mix today), is simply to breed. As a rare fertile woman, she need do nothing else, certainly not read or think or speak. That sort of thing is reserved for men in good stead with Fred and company, the founding fathers of Gilead.

But Fred, who “looks like a midwestern bank president,” wants something more than a womb. He craves companionship, human presence. So does his wife, until she discovers that Fred and Offred have been doing more than merely procreating. Offred, meanwhile, learns in the course of yet another illicit relationship—for there can be no theocracy without its layer of sub rosa hypocrisy—that a resistance movement is growing like a fetus within Gilead. “Someone must be out there, taking care of things,” Offred writes, hoping against hope. “I believe in the resistance as I believe there can be no light without shadow, or rather, no shadow unless there is also light.”

At the end of the story, as Offred climbs into a black van, we are not quite sure where she is bound: freedom, extermination, sanctuary, silencing, all are possibilities. An odd epilogue set in 2195 hints that the resistance movement carried the day, else there would have been no Handmaid’s Tale and no academic symposium devoted to it. A dystopian story with a happy ending? Perhaps—but for the moment it is tempting to read Margaret Atwood’s dark novel as a future history.