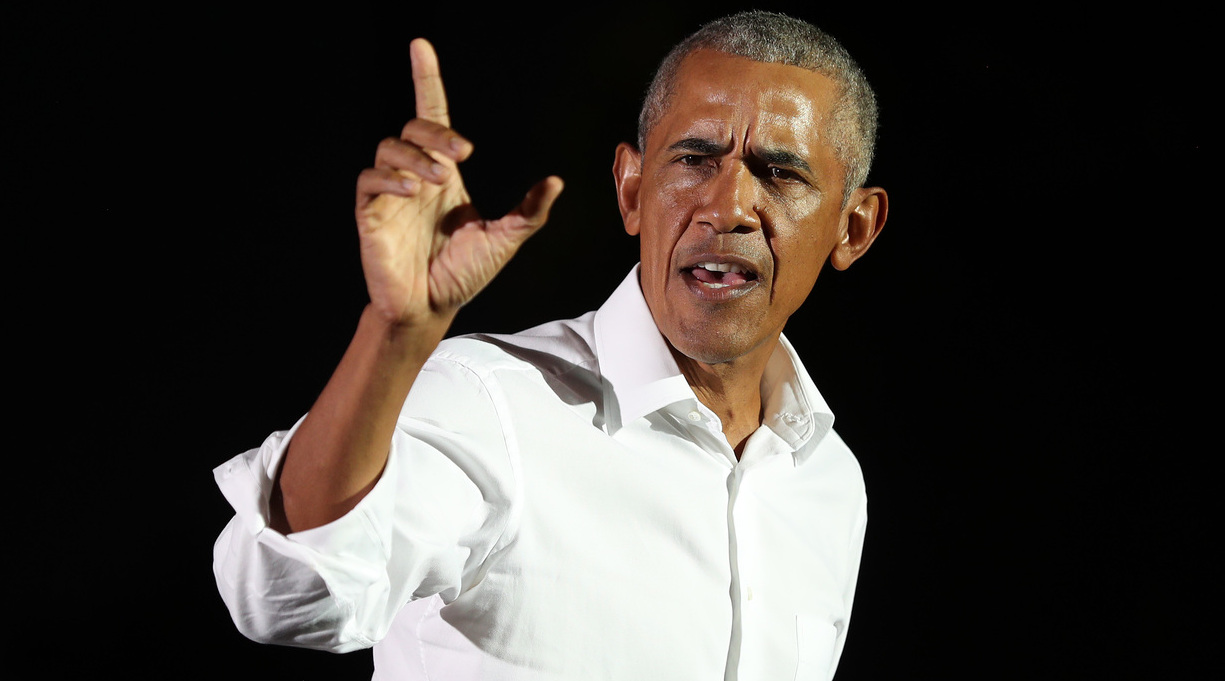 Whether you’re headed to the beach or planning to staying inside with the air conditioning cranked up, Barak Obama has a few book recommendations for you this summer.

While we were still in the White House, I began sharing my summer favorites—and now, it’s become a little tradition that I look forward to sharing with you all. So here's this year's offering. Hope you enjoy them as much as I did. pic.twitter.com/29T7CcKiWZ

“While we were still in the White House, I began sharing my summer favorites—and over the years, it’s become a little tradition that I look forward to sharing with you all,” Obama posted, along with his list of 11 books. “So without further ado, here are some books I’ve read recently. Hope you enjoy them as much as I did.”

At Night All Blood Is Black by David Diop, a historical novel about a young Senegalese man who serves as a rifleman in the French army during World War I, which Kirkus’s reviewer called a “searing, eye-opening tale of innocence destroyed.” Translated by Anna Moschovakis, it won the 2021 International Booker Prize last month.

Land of Big Numbers by Te-Ping Chen, a collection of short stories by a Chinese American writer and Wall Street Journal reporter, described by our reviewer as “both subtle and rich, moving and wry.”

Empire of Pain by Patrick Radden Keefe, an in-depth account of the Sackler family’s role in the American opioid epidemic, which Kirkus hailed as a “definitive, damning, urgent tale of overweening avarice at tremendous cost to society.”

When We Cease To Understand the World by Benjamin Labatut, translated by Adrian Nathan West, a high-concept historical novel—and International Booker Prize finalist—about 20th-century scientific innovators that Kirkus characterized as a “somber counterweight to the usual lore about scientific genius.”

Under a White Sky: The Nature of the Future by Elizabeth Kolbert, the Pulitzer Prize–winning author’s exploration of the devastation of our planet by humankind. Kirkus called the book “urgent” and “absolutely necessary.”

Things We Lost to the Water by Eric Nguyen, a novel about a family of Vietnamese refugees who settle in New Orleans that Kirkus called “an engrossing, prismatic portrait of first- and second-generation Vietnamese American life.”

Leave the World Behind by Rumaan Alam, a suspenseful novel—and National Book Award finalist—about a mysterious blackout that interrupts a family vacation. Tackling issues of race and tracing the ripple effects of a national emergency, the book was deemed “just in time for this moment” and named a Best Book of 2020 by Kirkus.

Klara and the Sun by Kazuo Ishiguro, a dystopian novel by the Nobel Prize–winning novelist that Kirkus characterized as a “haunting fable of a lonely, moribund world that is entirely too plausible.”

The Sweetness of Water by Nathan Harris, a debut novel and Oprah Book Club pick set in Georgia in the aftermath of the Civil War, hailed by Kirkus as insightful and assured.

Intimacies by Katie Kitamura, a novel Kirkus has called a “psychological tone poem” and a “barbed and splendid meditation on peril.”

Amy Reiter is a writer in Brooklyn.