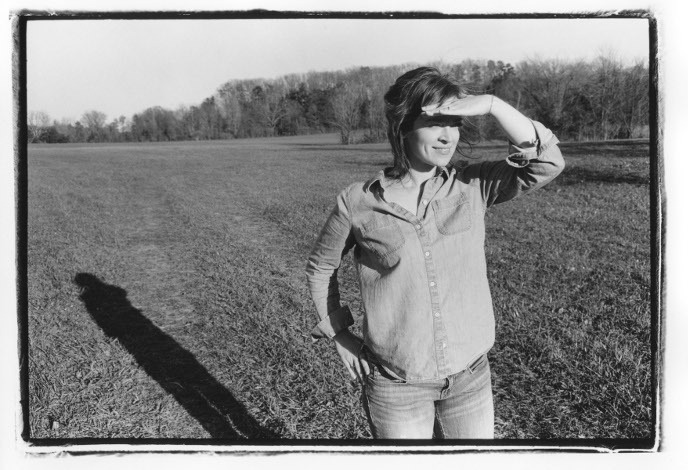 C.E. Morgan’s The Sport of Kings—a novel set in Kentucky and Ohio about race, horse racing, self-destructive anger, and devil’s bargains—has earned high praise far and wide. The New York Times: “Nothing short of genius”; the New Yorker: “tremendous”; and Kirkus Reviews, which awarded it a star, called it “thrillingly well-written.” Our reviewer described the wide-ranging novel as a “gothic tale of Southern decadence” with a “teeming cast of brilliantly drawn secondary characters.” C.E. Morgan graduated from Berea College and the Harvard Divinity School and was named one of the New Yorker’s “20 Under 40.” She lives with her husband in Kentucky. The Sport of Kings won the 2016 Kirkus Prize for Fiction and was named to our list of the Best Fiction of 2016. We interviewed her after The Sport of Kings was named a finalist for the Prize; Morgan talked with us about her favorite poets, the toll of practicing one’s vocation, and her current project.

The descriptions of Kentucky’s landscape in The Sport of Kings could double as poems; for example, “Outside the world was a headlong green, a green that weighted the trees, the leaves heavy on the boughs like mossy green coins gathered dangling and dripping in suspended nets.” Who are some of your favorite poets?

The point of view shifts, sympathies flip, lives begin and end, and no one, including the animals, is spared a measure of cruelty. Was this an emotionally difficult book to write?

Yes. It took nine years, though about a year and a half of that was lost to illness. No one knows the details of what you’re working on for years on end, so there is an intense psychological isolation; the material itself may demand that you sit with a great deal of suffering; the endless repetition of self-editing—year after year—is like madness; the work is met with public criticism that is too often careless, uninformed. But you open a vein for the reader every day, regardless. It’s essential for the writer to learn to adopt a certain stoicism regarding emotional shifts and pain; specifically, you must feel your emotions, but not be enslaved or even particularly responsive to them. You are a servant of your vocation, and your vocation—really any vocation at its heart—is about serving the human family. That requires endurance and a great deal of fortitude.

Your novel shows a love and knowledge of horses from their polls down to their fetlocks and from Eohippus to the Thoroughbred. How did you become interested in horses?

I have no particular interest in horses or horseracing. You just obey the book. When an idea arrives, it presents its demands—aesthetic, philosophical, topical—and your job is to delineate in high detail the nature of that initial idea over the course of however many pages are necessary. That means you may end up writing on a particular topic with which you feel no particular affinity, or pursuing a character’s obsession, which you do not share. It depends on the book.

The Sport of Kings ranges from the late 18th century to the 21st and tackles racism, genetics, geology, power and ambition, incest and more. Did you have an expansive vision of this novel from the start?

Yes, it was clear from the start that this would be a long novel. The concerns of the book demanded more space, in particular the relationship of aesthetics to theme. Aesthetics are inextricable from meaning—really, aesthetics are meaning—so to understand a book like The Sport of Kings, the aesthetics have to be unpacked, made sense of. Stylistic and formal choices are very purposeful and never executed because one simply wants to write a book in a particular style. Different rhetorical registers are packed with meaning and resonance; they sound on multiple levels. Musicians know this and work actively with it—think of tone painting—but this careful use of style, this manipulation of various rhetorical temperatures, is sometimes deemed an extravagance, various styles too easily dismissed. As readers, we can become desensitized by the ubiquity of standard realism with its seamless plotting, its quiet reflection of middle class morality, its prohibition against prose that draws attention to itself. It’s easy to forget there are limitless technical choices available to the writer, all tools to be used and manipulated for various effects. It requires a generous, broad-minded reader with a strong exegetical drive to get past the prevailing stylistic standards of the day.

My second trimester, so I’m working on baby quilts.