Best of 2020: Our Favorite Adaptations 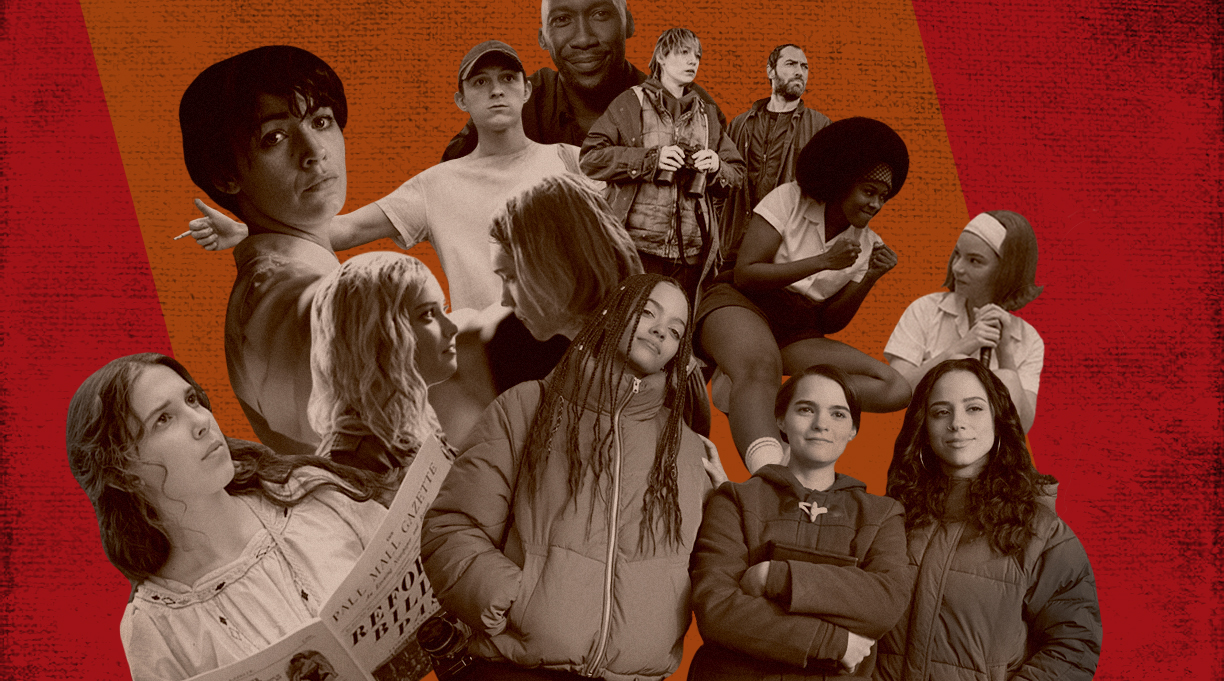 Since 1933, Kirkus has been devoted to highlighting the very best books. In the last few years, we’ve endeavored to point readers to the very best book-to-screen adaptations, as well. Here are 10 highlights from the past year, in chronological order, all of them available for streaming or on video-on-demand:

The Rhythm Section (available for streaming on Epix)

The Sunlit Night (available for streaming on Hulu)

Rebecca Dinerstein Knight wrote the screenplay for this film adaptation of her 2015 novel, starring Jenny Slate. It follows Frances, a rudderless New York painter who takes an apprenticeship with a curmudgeonly artist in Norway; there, she works on the artist’s latest piece, which involves painting a barn in various shades of yellow. She also meets a grieving Russian American man named Yasha, with whom she has a brief romance. It’s a streamlined, low-key, and gorgeously photographed version of the book, and Slate and Alex Sharp, as Frances and Yasha, are both enormously appealing.

Trinkets (available for streaming on Netflix)

This series released its second (and final) season in August, just after receiving two Daytime Emmys for its first. It was co-created and co-written by Kirsten Smith, author of the 2013 YA novel on which it’s based, and this adaptation expands upon the original text somewhat. A trio of Portland, Oregon, teenagers become friends after encountering one another at a Shoplifters Anonymous meeting, and soon become involved in illegal activities. They each struggle with other problems, including grief over the death of a parent and abuse by a boyfriend. The three main actors—Deadpool’s Brianna Hildebrand, Quintessa Swindell, and Kiana Madeira—are hugely talented, and the writing is consistently sharp. It’s definitely worth watching from the beginning, particularly by fans of CW-style teen dramas.

The Devil All the Time (available for streaming on Netflix)

The offbeat movie version of Donald Ray Pollock’s 2011 novel focuses on Arvin Russell (Spider-Man: Far from Home’s Tom Holland), who survives a childhood of poverty and tragedy, only to face more danger as an adult in his hardscrabble hometown of Knockemstiff, Ohio. He crosses paths with a predatory preacher and a serial-killing couple in this strange, hyperviolent film directed and co-written by Antonio Campos, who helmed the chilling 2016 movie Christine. It’s an unrelentingly grim and bloody story, but nearly all the actors, including It’s Bill Skarsgård and Tenet’s Robert Pattinson, pitch their performances in an operatic, Southern Gothic register that’s weirdly compelling; indeed, the most laid-back performance may be from Pollock himself, who narrates the tale.

Nancy Springer’s Kirkus-starred 2006 YA mystery, The Case of the Missing Marquess, provides the basis for this highly entertaining film about the adventures of Sherlock Holmes’ teenage sister, who’s an amateur detective herself. In both the book and the film, she’s on the hunt for her missing mother when she becomes entangled in a kidnapping plot involving the teen Viscount Tewkesbury, Marquess of Basilwether. Stranger Things’ Millie Bobby Brown is a delight in the title role, and The Witcher’s Henry Cavill, as Sherlock, brings a welcome warmth not often seen in other portrayals of the famed consulting detective.

The Good Lord Bird (available for streaming on Showtime)

This miniseries, based on James McBride’s National Book Award–winning 2013 novel, serves as a showcase for Ethan Hawke, who inhabits the role of radical abolitionist John Brown with subtlety and grace. The story is narrated by Henry Shackleford, a formerly enslaved teenager who ends up joining Brown’s group; after Brown mistakes Henry’s gender, the boy decides to live as a girl, wearing dresses and answering to the nickname “Little Onion.” Over the next few years, Henry goes through a number of trials—including Brown’s doomed raid at Harper’s Ferry—and meets other famous historical figures. Overall, the miniseries is a brilliant and sweeping adaptation; Joshua Caleb Johnson does fine work as Henry, and Hamilton’s Daveed Diggs delivers an insightful depiction of Frederick Douglass.

In Aaron Starmer’s 2016 YA novel, members of the senior class of a New Jersey high school inexplicably start exploding. The first teen blows up in Mara Carlyle’s homeroom—like “a balloon full of fleshy bits,” as narrator Mara puts it—and several more follow in the coming weeks, with no indication of who could possibly be next. It’s not an ideal time to pursue a romantic relationship, but wisecracking Mara and her laid-back classmate Dylan Hovemeyer do so anyway, resulting in a genre mashup of horror, romance, comedy, and tragedy that really shouldn’t work—but somehow does. This movie version, starring Knives Out’s Katherine Langford and Looking for Alaska’s Charlie Plummer, is even better, thanks in large part to Langford’s multilayered performance and writer/director Brian Duffield’s streamlining of the book’s sometimes shaggy plot.

The Queen’s Gambit (available for streaming on Netflix)

This miniseries, based on Walter Tevis’ 1983 novel, became Netflix’s most-watched miniseries of all time since its October premiere, and it’s easy to see why. Anya Taylor-Joy shines as chess prodigy Beth Harmon, who struggles with addiction as she becomes one of the greatest players in the world in the 1960s; the supporting cast, including TV newcomer Moses Ingram as Beth’s childhood friend Jolene, is similarly stellar. The sets and costumes are breathtaking, as well, recalling Mad Men at its finest.

Between the World and Me (available for streaming on HBO Max)

Ta-Nehisi Coates’ 2015 memoir, which won the Kirkus Prize and the National Book Award, tells the story of the author’s life, but it’s also a profound exploration of Black identity and American history, addressed to the author’s then-teenage son. In this moving HBO special, several fine actors, including Mahershala Ali, Oprah Winfrey, and Angela Bassett, read and perform Coates’ words; the author himself makes an appearance toward the end. Director Kamilah Forbes thoughtfully intercuts these powerful readings with photographs, animated sequences, and archival footage that effectively complement Coates’ work and bring it into even sharper focus.

The Flight Attendant (available for streaming on HBO Max)

This limited series, based on Chris Bohjalian’s 2018 mystery, features The Big Bang Theory’s Kaley Cuoco as flight attendant Cassandra Bowden, who has a drunken one-night stand with a passenger while overseas, only to find him dead in bed the next morning. She has no idea who slashed the hedge-fund manager’s throat—although she’s pretty sure she didn’t do it. Terrified, she decides not to report the crime and heads back to the United States; as she investigates what happened, she’s pursued by the law—and by someone else, who seems to want her dead. The show, which premiered late last month, is gripping and darkly humorous, by turns. Cuoco is perfectly cast in a part that ricochets between hilarity and drama, and Oscar nominee Rosie Perez, Girls’ Zosia Mamet, and The Haunting of Hill House’s Michiel Huisman (as the murder victim, who keeps turning up in Kaley Cuoco’s panicky visions) are all excellent.