Best of 2021: Our Favorite Fiction 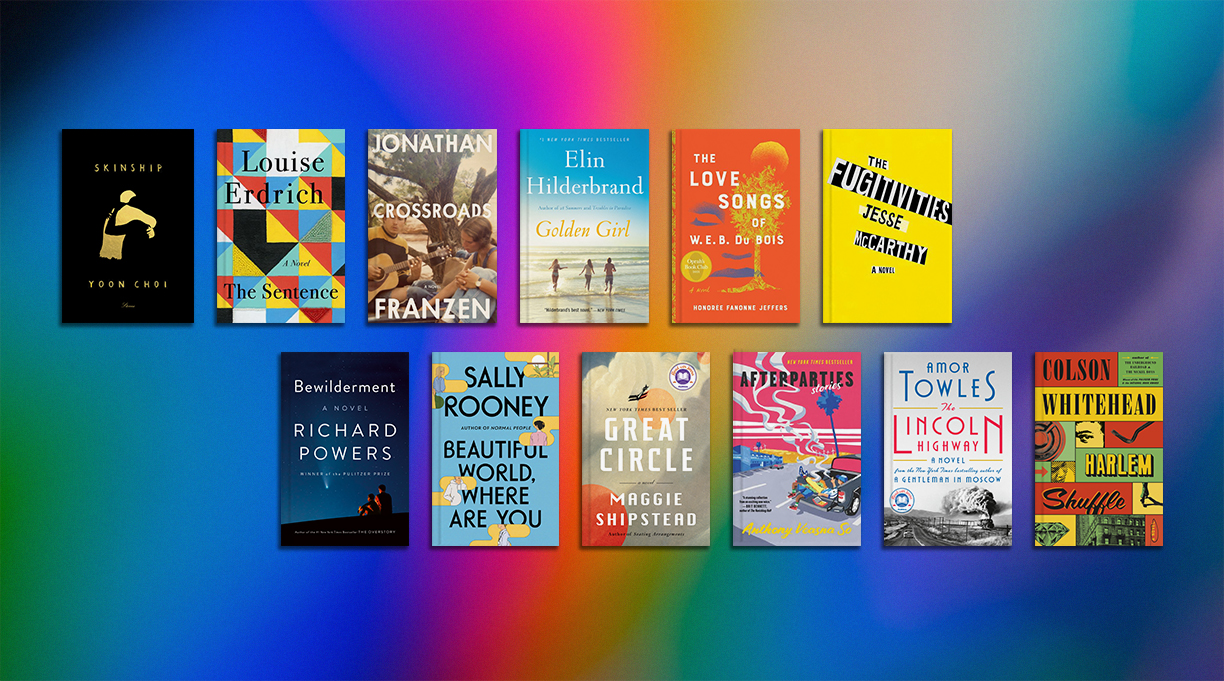 Background by Sean Sinclair on Unsplash

This year had its ups and downs, but through it all, people were reading fiction. Sales of print fiction titles were up a whopping 30.7% in the first half of this year, according to NPD Bookspan, the largest jump in any category. And there were lots of great books to dig into; check out our complete list of the 100 Best Fiction Books of 2021.

The titles that prompted perhaps the most discussion (some contentious!) came from 30-year-old Sally Rooney and 62-year-old Jonathan Franzen—two highly self-conscious novelists from different generations—and Kirkus loved both of them. Beautiful World, Where Are You (Farrar, Straus and Giroux, Sept. 9) is “a novel of capacious intelligence and plenty of page-turning emotional drama,” according to our review, while Crossroads (Farrar, Straus and Giroux, Oct. 5) “is amusing, excruciating, and at times unexpectedly uplifting—in a word, exquisite.”

The three most recent Pulitzer Prize winners all had new books out this year, and they were all trying something a bit different. Louise Erdrich used her experience as the owner of Birchbark Books in Minneapolis in The Sentence (Harper, Nov. 9), an often funny novel about a bookstore that’s haunted by the ghost of its most devoted customer as well as by a legacy of racism against Black and Indigenous Americans. Our review says, “Erdrich’s love for bookselling is clear, as is her complicated affection for Minneapolis and the people who fight to overcome institutional hatred.” In Harlem Shuffle (Doubleday, Sept. 14), Colson Whitehead shifts gears to give us a crime novel that is “as audacious, ingenious, and spellbinding as any of his previous period pieces.” And in Bewilderment (Norton, Sept. 21), Richard Powers has written a more intimate story about a widower and his 9-year-old son, who’s neurodivergent. According to our review, it’s “a touching novel that offers a vital message with uncommon sympathy and intelligence.”

There were several tremendous debuts this year. At more than 800 pages, The Love Songs of W.E.B. Du Bois by Honorée Fanonne Jeffers (Harper, Aug. 24) is tremendous physically but also thematically: “If this isn’t the Great American Novel, it’s a mighty attempt at achieving one,” according to our review. We enter deeply into the life of Jeffers’ protagonist, historian Ailey Pearl Garfield, and also become acquainted with Ailey’s forebears in Chicasetta, Georgia, where her Black ancestors were enslaved. The stories in Yoon Choi’s debut collection, Skinship (Knopf, Aug. 17), explore the lives of Korean American families; they’re “both closely observed and expansive, a feat of narrative engineering that places her next to Alice Munro.” Anthony Veasna So’s Afterparties (Ecco, Aug. 3) was published months after his tragic death at age 28; his deeply funny and humane stories feature Cambodian immigrants and their American-born children. “Even when these stories are funny and hopeful, an inescapable history is always waiting,” said our review.

Some books took us on a journey. In The Lincoln Highway by Amor Towles (Viking, Oct. 5), two teenagers hit the road in the 1950s, taking the reader along on what our review called “an exhilarating ride through Americana.” Maggie Shipstead’s Great Circle (Knopf, May 4) follows an aviatrix born in 1914 on an audacious round-the-world flight that our reviewer found “so damn entertaining.” Jesse McCarthy’s “intellectually stimulating” fiction debut, The Fugitivities(Melville House, June 8), finds a young Black American man on a trip through Brazil “loaded with discoveries, epiphanies, and, occasionally, physical peril looming.”

In Golden Girl (Little, Brown, June 1), Elin Hilderbrand gives her heroine, a novelist who’s just died in a car crash, the opportunity to spend one last summer watching her family—and meddling a little bit—from that great greenroom in the sky. “If novelists are auditioning to play God,” our review said, “Hilderbrand gets the part.”

All the writers on our list of the year’s best fiction conjure worlds you’ll be happy to spend time in, even if you can’t meddle yourself.