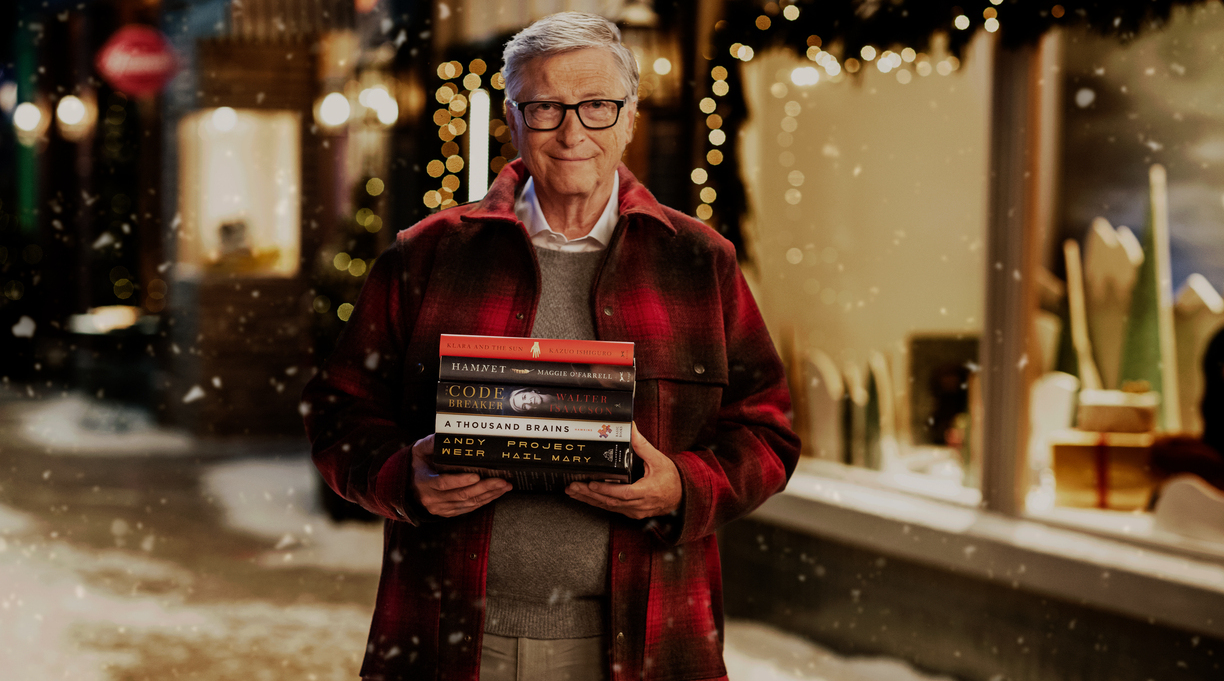 Looking for some reading recommendations for this holiday season? Bill Gates has got your back.

On his blog, GatesNotes, the Microsoft co-founder and philanthropist released his annual list of books he especially loved reading this year, with three novels and two nonfiction books making the cut.

Gates recommended two science fiction novels: Kazuo Ishiguro’s Booker Prize–longlisted Klara and the Sun, which he called “just as thoughtful and beautifully written as you’d expect from him,” and Andy Weir’s Project Hail Mary, which he called “a great way to spend a weekend…even if you aren’t a big science fiction fan.” Gates had previously given his thumbs-up to Weir’s debut novel, The Martian.

On the nonfiction front, Gates urged his readers to pick up A Thousand Brains: A New Theory of Intelligence by Jeff Hawkins, which he said is “filled with fascinating insights into the architecture of the brain and tantalizing clues about the future of intelligent machines.”

He also recommended Walter Isaacson’s latest biography, The Code Breaker: Jennifer Doudna, Gene Editing, and the Future of the Human Race, about the biochemist and CRISPR co-discoverer. Gates said the book is “valuable on a number of levels” and “highly accessible for non-scientists.”