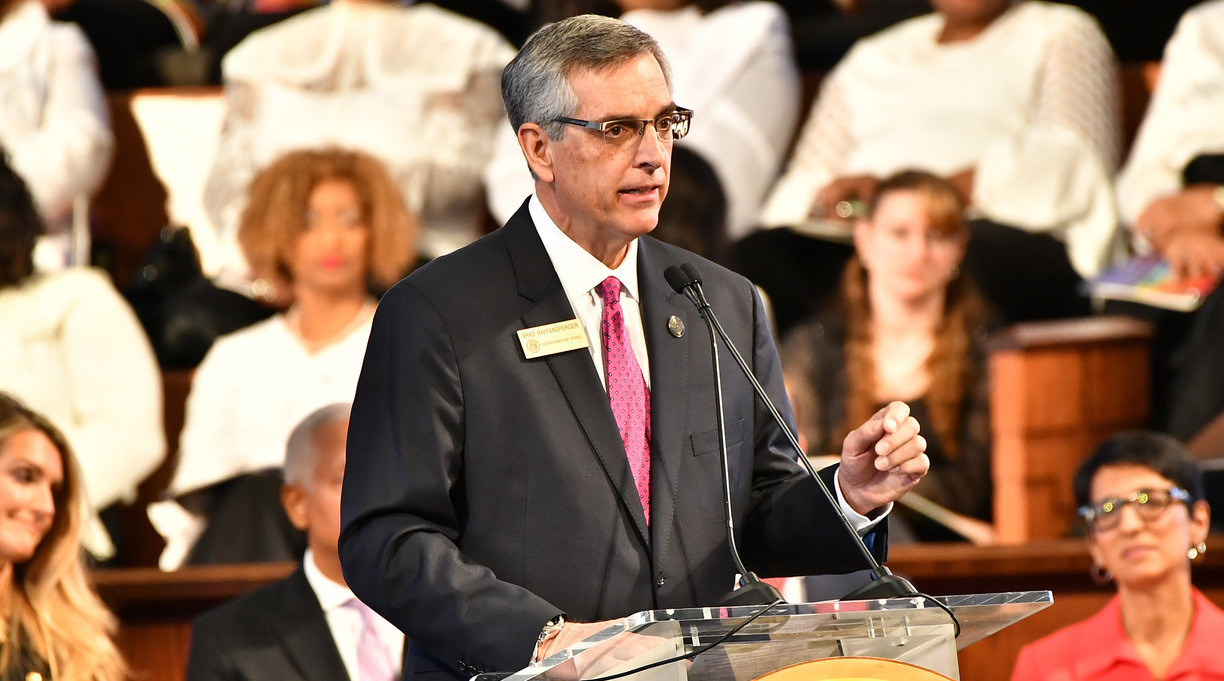 Brad Raffensperger, the Georgia secretary of state who became a target of Donald Trump after he refused to change his state’s vote totals under pressure from the then-president, has a book coming out this fall, the Atlanta Journal-Constitution reports.

Simon and Schuster will publish Raffensperger’s Integrity Counts, in which the politician will push back against Republican claims that the 2020 presidential election was rigged.

“In Integrity Counts, lifelong Republican and Georgia Secretary of State Brad Raffensperger speaks out against the former president’s false claims of voter fraud in the 2020 election and hopes to restore confidence and trust in our country’s elections,” the publisher says.

Raffensperger became a household name in the aftermath of the 2020 election, during which he certified the vote totals in Georgia, a state that President Joe Biden won. He received death threats from angry conservatives, and was on the receiving end of a phone call from Trump in which the then-president pressured him to overturn the election, memorably telling him, “I just want to find 11,780 votes.”

Raffensperger’s book will also be critical of Stacey Abrams, who has made several claims that the 2018 gubernatorial election in Georgia, which she lost to current Gov. Brian Kemp, was unfairly conducted.

Integrity Counts is slated for publication on Nov. 2, almost one year after the 2020 presidential election.