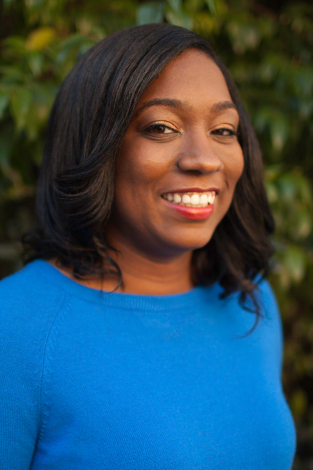 Brit Bennett photographed by Emma Trim.
26-year-old Brit Bennett’s sparkling debut novel, The Mothers, came of age over eight years and several drafts. She began penning the tale of youthful indiscretions and betrayals while just a teen. Then she carried it with her through college at Stanford and to MFA and postgraduate fellowship programs at the University of Michigan, where she torched and remade the story repeatedly.

The pull of the characters and drama at Upper Room Chapel, a black church in a California beach town, kept her honing the novel despite the gap between her literary ambitions and nascent writing skills. “I felt a type of loyalty to these characters because I had grown up alongside them,” she says.  “It’s this crazy leap of faith that someday this book that was so bad for so long would get better. I’m glad I stuck with it and believed there was a good story there somewhere.  I just had to learn how to develop the skills in order to tell it.”

As Bennett’s expertise mounted, what began as a snapshot of a summer in the lives of a trio of young people grew into a yearslong portrayal of that fateful season’s lifelong implications. She learned to navigate time, play with language, and ground the mental and emotional lives of her characters in concrete details. She built complicated webs among the three main characters and tangled, troubled relationships with each of their mothers.

Her dedication to the story paid off. The Mothers is an assured, multifaceted first novel that entertains and challenges in equal measure. The story centers on Nadia Turner, a young woman who stalks promise and disaster in the wake of her mother’s suicide. “Her days felt like being handed from person to person like a baton, her calculus teacher passing her to her Spanish teacher to her chemistry teacher to her friends and back home to her parents,” Bennett writes. “Then one day, her mother’s hand was gone and she’d fallen, clattering to the floor.”

Bennett complicates notions of black motherhood with absorbing depictions of the aftermath of suicide, abortion, and everyday racial trauma. In the novel, absent mothers, unmothers, surrogate mothers, and long-suffering mothers all interact in circles of care and judgment that defy stereotype. “I wanted to humanize this experience and this community,” Bennett says.

One such circle, a riot of elderly church mothers who rival Twitter in their propensity for chatter and speculation, elevates both the humor and emotional stakes of the novel. “They comment, they transmit information, and they’re sort of a moral authority of the church,” Bennett says of the women. “But a very questionable moral authority because of the ways in which their commenting on the action has real-life ramifications for the church and for their community.”

The church mothers speak in a single collective voice and as individuals but always with an air of hard-won wisdom and a hint of sadness. In one memorable

passage, they discuss how they would have advised Nadia on an ill-fated romance—had she asked. “Oh girl, we have known littlebit love,” Bennett writes. “That littlebit of honey left in an empty jar that traps the sweetness in your mouth long enough to mask your hunger. We have run tongues over teeth to savor that last littlebit as long as we could, and in all our living, nothing has starved us more.”

But alas, they never voice the warning to Nadia, and the motherless child is left to forge her own path to womanhood, one Bennett renders commendably. With this promising debut complete, Bennett’s sophomore effort is already underway.  So far, she’s keeping that novel in the family. This time, with a focus on sisters.