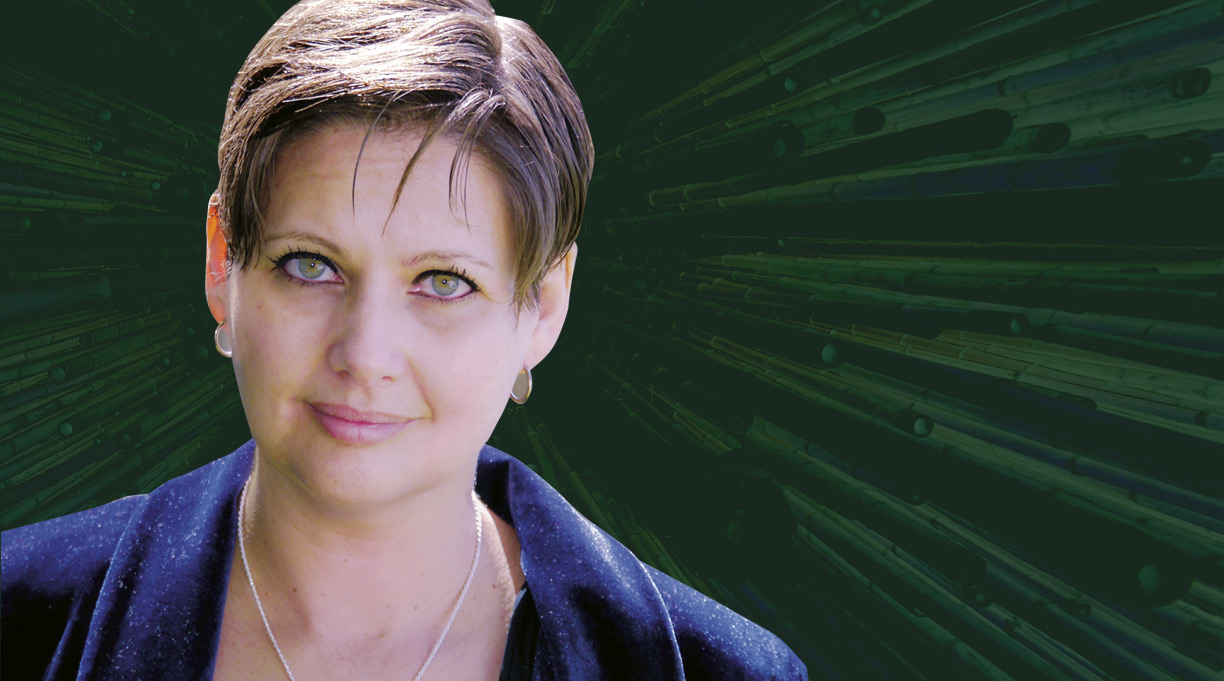 Carolina De Robertis’ Kirkus-starred novel, Cantoras—about five queer women who create a seaside haven to weather authoritarian rule—was a finalist for this year’s Kirkus Prize and an in-house favorite. It’s easy to see why Cantoras (cantora means singer in Spanish and is slang for lesbian) would have been any fiction judge’s pick. It’s an imaginative, high-stakes story set in Uruguay that considers the sea, queer identity, love, lust, PTSD, bravery, and storytelling. Our reviewer calls it “a stunning novel about queer love, womanhood, and personal and political revolution.” Here we talk with De Robertis about creating her cast, cultural possibilities within Uruguay, and sharing yerba mate.

The novel begins in 1977 Uruguay with the military dictatorship in full force. Why start there?

This novel places the friendship between five queer women at the center of the story, so I knew the book had to open when their bond began, right in the bleak times. This book is inspired by the lives of real women whose stories I’ve been listening to for 18 years, and I’ve always been stunned at their courage in coming out to each other in an era of terror and silence, the way they forged something gorgeous out of simply seeing each other.

Cantoras is an immersive experience—whether you’re describing a cantora in the surf at Cabo Polonio (a tranquil seaside village) or in a political prison. What goes into creating a rich setting?

I do an enormous amount of research for my novels, including reading all the scholarly texts I can get my hands on, but also what I think of as research through the body. What does a place feel like, smell like, sound like? How about 30 years ago? I strive to use everything I can to offer the reader transport, immersion.

Thank you! They began as composites inspired by real women and gradually became their own unique selves as I wrote. It was important to me to allow them room to breathe, to be complex and textured people, especially as portrayal of queer women in mainstream culture all too often stays in the realm of two-dimensional sidekick.

You’ve said on social media: “The thing is, not too many years ago, the sight of the words lesbian and Uruguayan in the same sentence over in the New York Times could have bowled me over. Even if that sentence had had nothing to do with a book I’d written.” Can you say more about that?

I remember the first time I saw a Uruguayan flag in a Pride parade in San Francisco in 1999—I sobbed right there on the sidewalk. I’d internalized a deep message that I couldn’t be both queer and Uruguayan, from my parents, from society, from lack of representation or access to stories. When we’re told we can’t exist, there is less air for us to breathe. That’s why seeing a sentence like that stuns me, not only for the book, but for what becomes culturally possible.

You depict many delightful Uruguayan traditions, like drinking yerba mate, which becomes part of the women’s routine at the seaside shack. What does yerba mate mean to the women?

Everything! There’s a deep, elaborate culture around drinking yerba mate. It’s deeply communal and connective, as it’s enjoyed in a circle, with people taking turns drinking from the same gourd. It’s how I start my day here in California, with my wife, passing the gourd back and forth, talking. I’m supremely lucky that my wife, who is African American and not originally Uruguayan, is a die-hard matera, a drinker of mate.

I’m delighted to say that my next novel, The President and the Frog,is actually slated for publication in 2021. It’s inspired by José Mujica, former president of Uruguay, and it’s a kind of political parable, a quixotic search for what it takes to fortify one’s spirit in desperate times. Oh, and I’m also about to translate Cantoras into Spanish—so, yes, I’m keeping busy.