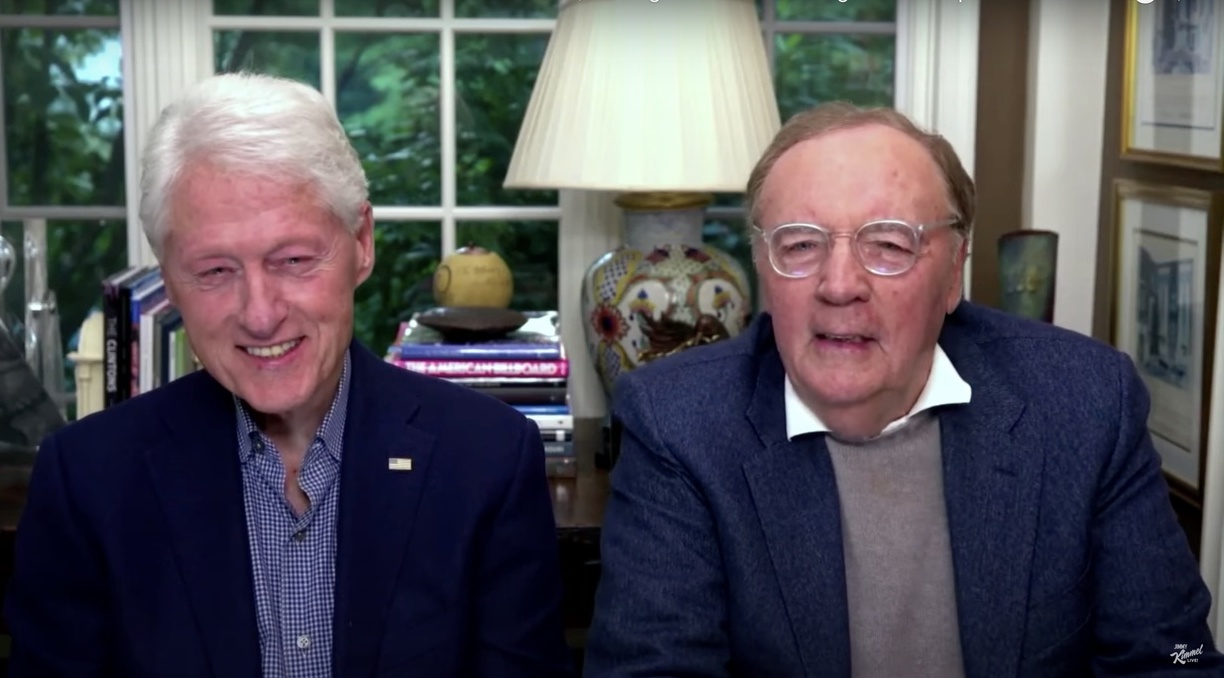 “One of our first guests tonight was the leader of the free world two different times, and the other hired him to be his fact-checker,” Kimmel said, introducing the co-authors of The President’s Daughter.

Clinton and Patterson’s novel, their second together, was published Tuesday by Little, Brown and Knopf. A reviewer for Kirkus called the novel, about a former president whose daughter is kidnapped, “written by the numbers, but undemanding entertainment.”

The pair explained that they met because they have the same lawyer/agent, Robert Barnett.

“Bob said, ‘You’ve written all these nonfiction books, and you’re out of politics, and you need to have fun. Why don’t you write a mystery, a thriller? Why don’t you do one with James Patterson?” Clinton recalled. “I laughed and I said, ‘Why in God’s name would he ever do that?”

Kimmel asked the two how they handled any disagreements in the writing process for the book.

“The whole key for us is mutual admiration in terms of our skill set, and we listen,” Patterson responded. “If there was a disagreement, we’d go with the president, but it hasn’t come up.”

“I wouldn’t necessarily agree with that,” Clinton said.

“Well, there you go, our first disagreement,” Patterson responded, to laughter and applause from the audience.