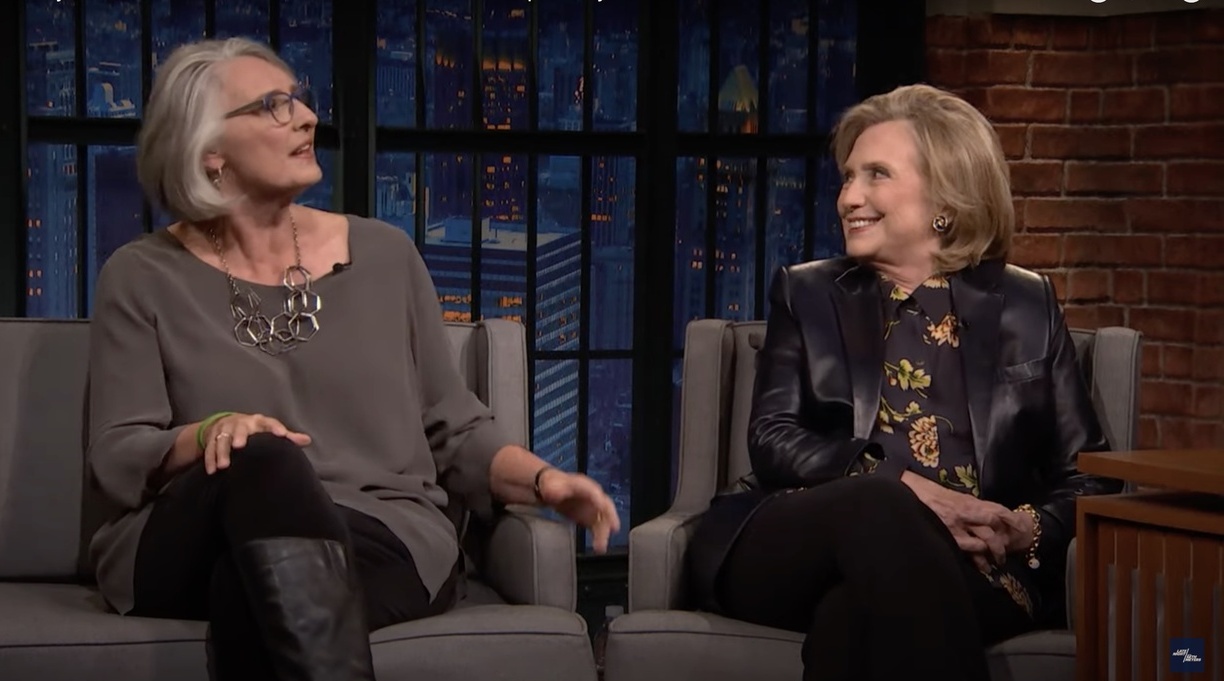 Clinton and Penny’s novel, published Tuesday by Simon and Schuster and St. Martin’s Press, follows a new American secretary of state trying to get to the bottom of a series of terrorist attacks. A reviewer for Kirkus called the book “more of a novelty for political nerds than a compelling thriller.”

Meyers asked the authors about their collaboration process, which Clinton said was “fabulous.”

“Did you ever say, ‘You know, we could also write about a Canadian mystery author?’” Meyers asked.

“Yes, I did! And Hillary kept nixing it,” Penny responded.

The pandemic put an end to Clinton and Penny’s plans to meet in person to write the novel, the authors revealed.

“We had these dreams before the pandemic that we’d meet at a spa somewhere,” Clinton recalled. “We’d spa all morning, maybe write for an hour, we’d go back and spa some more.”

Meyers noted that one of the characters in the novel is a former American president with a reputation as “reckless.”

“You could say that,” Clinton said.

“I think there are other words,” Penny added.

“Well, a lot of people live in Palm Beach,” Clinton said, to laughter from the audience.