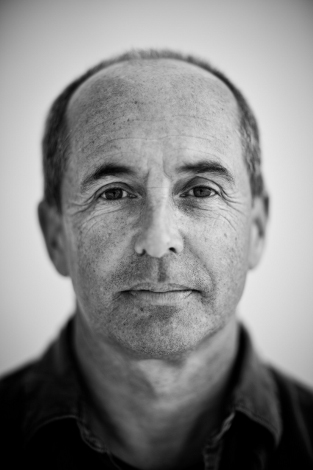 Twenty-odd years ago, Don Winslow, a transplanted Rhode Islander living in San Diego, California, came across a news story recounting the murders of 19 men, women, and children just across the border, blameless victims unlucky enough to be caught in the crossfire in a turf battle between competing drug gangs. It was all in a day’s work for the narcotraficantes, but it struck Winslow hard: “The town where the murders took place was one we passed through every time we went on vacation in Mexico,” he tells Kirkus, “and that brought it home.”

Winslow, who had written a series of police thrillers set in New York, found himself “creeping into research,” as he puts it, on the drug wars along the US-Mexico border. Soon enough he was in the thick of it, developing a network of people who worked both sides of the line and both sides of the law to guide him through the story he developed. “I saw and see it as a real crisis,” he says of the drug war, “not the pseudo-crisis the politicians are working up today about a wall, but a genuine crisis in which innocent people are getting caught up and killed.”

It was also, back then, a crisis that almost no one was getting quite right, except for a few journalists like the late Charles Bowden, who limned the power of heavily armed gangs pushing illegal drugs across the border to meet an insatiable demand on the part of yanqui consumers. Anyone who got in the way was a potential corpse.

It took Winslow time and considerable effort to win the trust of the people he needed to talk to, and while he insists that he wouldn’t want to overdramatize his experience, it put him in danger, too, including occasional death threats. He shrugs it off. “The people you have to worry about,” he says, “are the ones who don’t threaten you.”

The first novel to result, The Power of the Dog, appeared in 2005 and was a finalist for the Hammett Prize; Kirkus called it “his most ambitious yet.” He followed 10 years later with The Cartel. Now he’s back with The Border, having given, as he says with a hint of weariness in his voice, “more than 20 years to thinking and writing about some pretty horrible things.”

The Border, as it happens, couldn’t be more timely—not just because the “pseudo-crisis” is filling the front pages, but also because Joaquín Guzmán, “El Chapo,” has just been convicted in a New York court for his leading role in the Sinaloa cartel and now faces life in prison. But, as The Border makes clear, El Chapo’s days were passing anyway, his generation being overtaken by younger, more sophisticated players who sport the same leather jackets and drive the same flashy cars but also know their way around international finance, computers, and the niceties of the jet set.

On the other side, Winslow’s protagonist, a DEA agent named Art Keller, has to dodge their bullets while also navigating the intricacies of Washington politics, which have only gotten thornier. Narcos or politicos: Which one proves the more formidable enemy is the stuff of which Winslow artfully weaves an action-packed tale that’s believable—and often grimly so—at every level.

Now that The Border has wrapped up, Winslow is on to other things. A movie is coming out later this year based on his 2017 novel The Force, with a screenplay by David Mamet and directed by James Mangold, who helmed the fine police drama Cop Land at about the time Winslow was beginning his border novels.

On that note, some sources refer to the Cartel books as a series, suggesting more volumes to come. “It’s definitely a trilogy,” says Winslow. “This is the last book. I’m done.” As for what he’s up to next, he says he’s sketching out some possibilities. No details are forthcoming, except, he says, “It won’t be about New York cops, and it won’t be about drugs.” Stay tuned.