A Romanian-Born Writer Takes Questions of Religion to Galactic Heights in His Intellectual Sci-Fi Novel, Who Are Fracony? 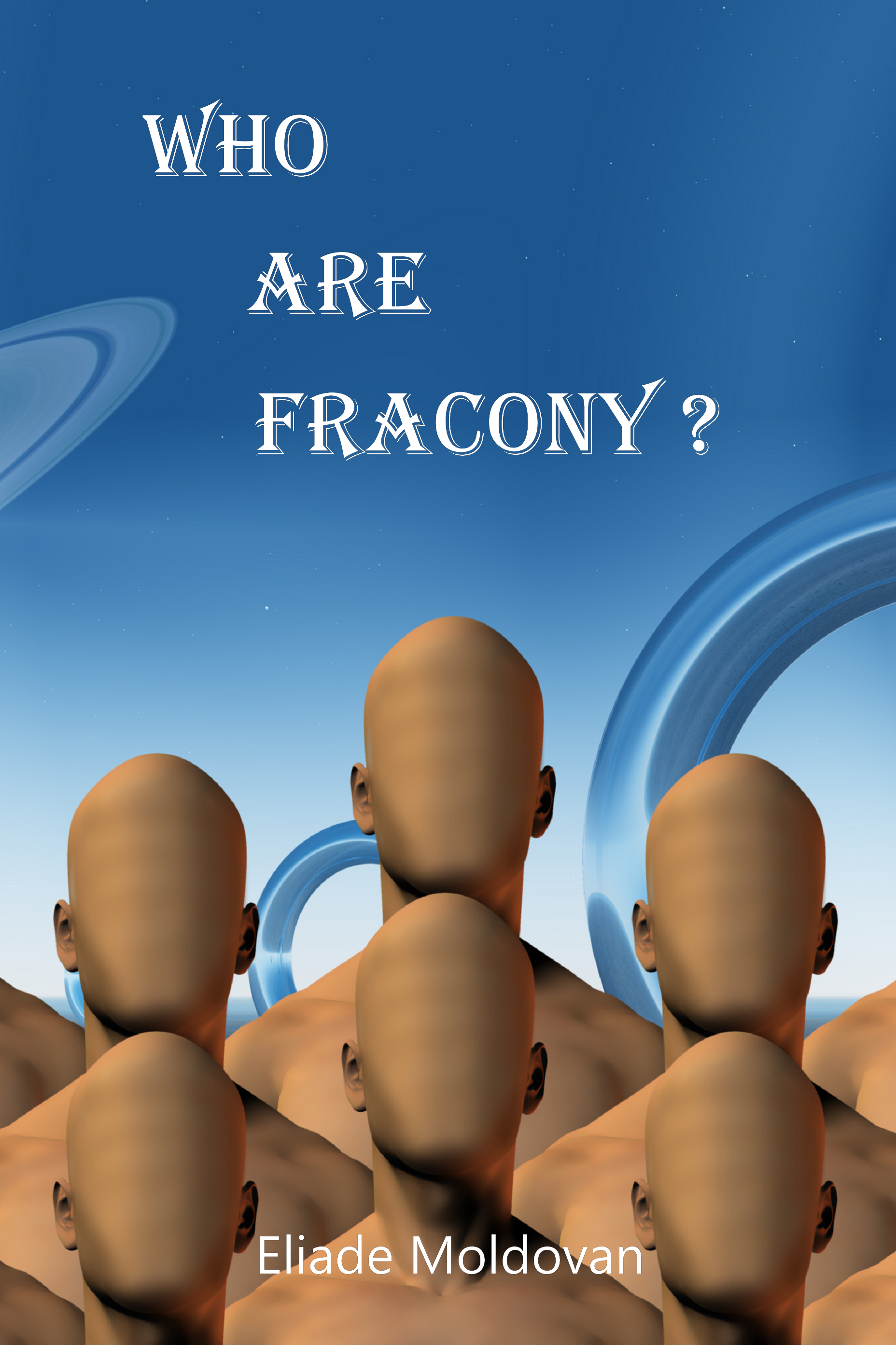 Eliade Moldovan, a Romanian-born writer, has lived and worked as a high-tech consultant in Canada since 1993, but since he was young, he’s had an intellectual side and a desire to one day produce a book. “It was something I wanted to do my whole life, but I never found the right moment to sit down and actually do it,” Moldovan says. “But then the moment came, and I realized that if I don’t do it now, I will never do it.” Moldovan spent the last few years building a debut trilogy of stand-alone sci-fi novels: The World Ends Tomorrow, The Rise of Esperanto, and his latest, Who Are Fracony?

Moldovan has always been a voracious reader, choosing to take the Toronto subway to work to give him more time to read a wide variety of books, from classic French literature like Balzac to any science fiction he could find. “I enjoy science fiction a little bit more than reality because there are more interesting ideas,” Moldovan says. That attitude shows in the wealth of ideas present in Who Are Fracony?’s impressive mythology. The novel picks up shortly after a virus has decimated Earth’s population in the mid-24th century. Fortunately, the Fracony, a race of advanced aliens, step in to save what’s left of humanity. The novel then follows the social, political, and religious upheaval felt throughout the world after the Fracony reveal their existence.

Despite the serious tone of Moldovan’s books, he prides himself on having a cheery and humorous disposition. “Romanians are some of the most difficult people in the world to manage,” he says with a deep chuckle when asked about the place of his birth. “They know everything about everything. You cannot contradict them about anything!” This lighthearted analysis doesn’t allude to the Romania that Moldovan knew as a young man, which was far from a sunny affair. “Everything was so different in terms of culture, not only that I lived in Romania, but that I lived under a brutal communist regime,” he explains.

The clash of worldviews between Iron Curtain–era Romania and the multicultural urban centers of Canada today has greatly expanded Moldovan’s ability to appreciate poles-apart perspectives: “I could see the system here from a different angle and discuss that with others—at a certain point there is no good or bad. It’s about defending your position and trying to understand the other side.” That appreciation for seeing the gray areas between ideologies greatly impacted Moldovan’s story, which Kirkus Reviews calls “sci-fi more akin to philosophical musing (with a faintly satirical edge).”

Moldovan hinges his philosophical musings and satire on the split that the Fracony create on Earth, digging into the divide that opens between those who support the planet’s new galactic neighbors and those who fear the implications:

Debates as to whether humankind would be invited to join the galaxy community sprang up everywhere—television, newspapers, the Internet, and the kitchen table. The “against” group was terrified of other civilizations occupying Earth (be it as tourists or by declaration, as the Fracony had), while the “favorable” group argued that membership in the galaxy community was both necessary and inevitable.

Within the story, those debates turn deadly as the Fracony potentially offer hard scientific evidence to refute the Bible. For Moldovan, this was the most intriguing thread in his narrative; religion has always been a subject of personal reflection and frustration. “How can every religion believe that they are right without any hard proof?” Moldovan asks. And, via the Fracony, he was able to imagine the implications of what would happen if there were ever a clear answer: “I came up with this idea of a civilization that was a billion years more advanced. They would have godlike power, and if they interact with you, then you would believe in them.”

The idea of godlessness excites much of the cast within Moldovan’s novel, but others—like Quinn, a futuristic televangelist and head of the Ministry of Religious Affairs—will stop at nothing to keep the Fracony from extinguishing religious faith. “He really believes in what he’s doing,” Moldovan says. “He represents the type of person that you cannot have a dialogue with. It’s his way or no way.” For Moldovan, Quinn was perhaps the most important character to investigate because within Moldovan’s desire to foster debate, he also sees the need to take a hard line against radicalism and absolutes. “He is much, much more dangerous than a villain,” Moldovan says of Quinn and the closed-mindedness that he represents.

While the Fracony are advanced and come with their own explanations for “Earth’s God,” they themselves have their own surprising spiritual elements. Perhaps their greatest technological achievement remains somewhat inexplicable: the ability to transport souls across the universe into new bodies. “Let’s say there was a civilization so advanced that they could rebuild my body, atom by atom,” Moldovan says to explain his thought process behind the inclusion of souls. “Would it be a zombie or would it would have feelings like me? If something was anatomically identical to me, would there be something else that isn’t present in the atoms?”

Moldovan prefers not to label his own beliefs, but the presence of this uncategorizable, divine “sparkle” amid all the detailed technical aspects he weaves into the future he has built was important for the additional questions it raises. “So many people in our world think there is something extra in us, a soul, or karma,” he says. “And for me, if I was forced to say yes or no, I would say that, yes, I do think it exists.”

Rhett Morgan is a writer and translator based in Paris.