Elizabeth Alexander: ‘We Can Never Give Up Hope’ 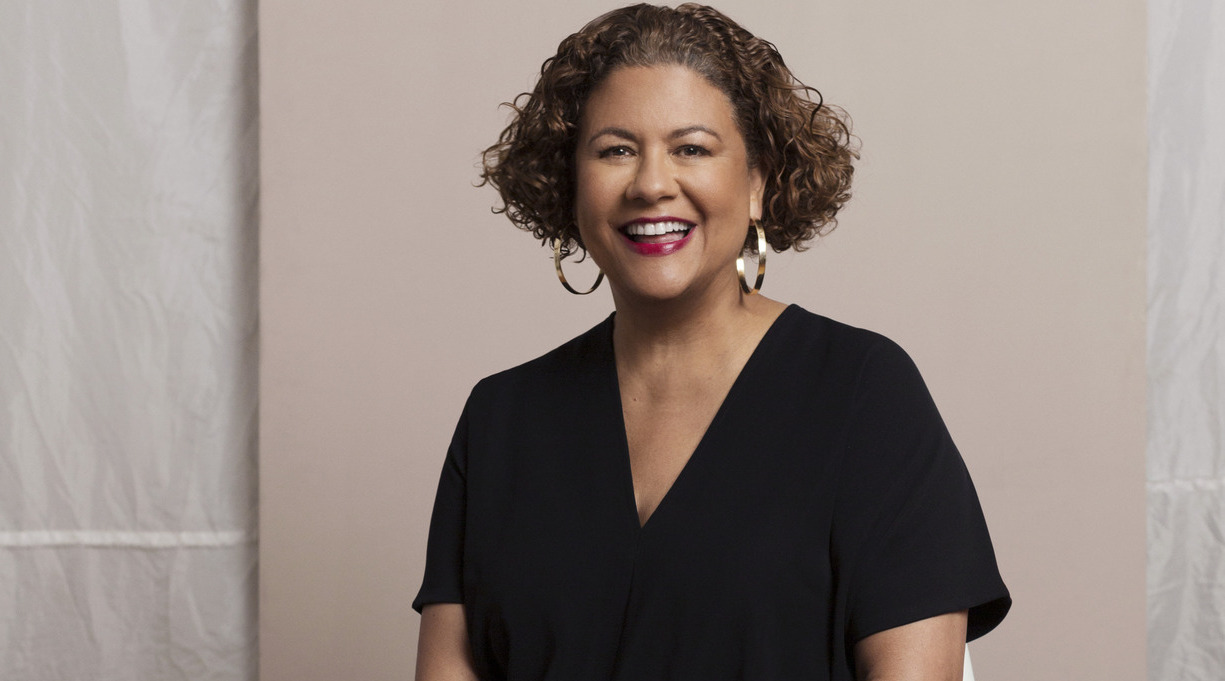 Poet, essayist, and playwright Elizabeth Alexander is one of America’s most potent forces in education and culture. Among other posts, she chaired the African American studies department at Yale for 15 years, and she is currently the president of the Andrew W. Mellon Foundation, the nation’s largest funder of the arts and humanities. Though the organization’s mission remains unchanged, she notes, “we now think about our grant-making through a social justice lens. What stories have been marginalized? What organizations and creators have been under-resourced?” Social justice is at the core of her latest artful, urgent book, The Trayvon Generation (Grand Central Publishing, April 5), which our starred review calls “a dynamic critique on the sprawling effects of racism and its effects on today’s youth.” We spoke to the author via Zoom from her home in New York City; the conversation has been edited for length and clarity.

Tell me about the germination of the New Yorker essay that forms the basis for The Trayvon Generation.

I would go back to my 1994 essay about Rodney King and what it means for Black people to carry the trauma of witnessing violence against us collectively. Move it forward to 2020, and I am now a mother of 22- and 23-year-old sons. I was thinking about the death of Trayvon Martin and other murders that were all over the news—a steady diet of violence and vulnerability. These are terribly traumatizing images that remind us of our unsafety and the persistence of racism in our lives. What I would overlay with that is my many decades as a professor teaching African American literature and culture and the importance of having art to respond to it. Not necessarily to cure it or to save it, but to show how you can understand the persistence of racism and the dehumanization of Black people. Think about our visual artists and how they are imagining the future and what possibility looks like in all of our creative people. What I’m describing is all of the steps that got me to the essay. Of course, that was the summer of the videotaped murder of George Floyd, and everyone was locked down and isolated from community. The dark positivity of that is that I think it condensed a national moment, and I thought I had something to offer to the broader conversation.

Regarding the broader conversation, you offer a beautifully concise description of the heart of the problem of racism in this country: “Racism is best understood systemically rather than instance by instance.” Could you elaborate?

I think that everything should be understood systemically. If we default to the anecdotal and extrapolate from our own lived experience to absolutely everything…well, you can say, I like peach ice cream. Why doesn’t everybody like peach ice cream? The anecdotal does not explain society. When you do the work that historians do—we could call that adding up stories—or when you analyze problems in the way that other kinds of critical thinkers do, you can see that, well, it wasn’t just Johnny and Susie [exhibiting racism]. Let’s start with the fact that a group of people was brought to this country and classified as three-fifths of a human. Let’s talk about that American amnesia and the tendency to say, I didn’t do that. Well, actually, I wasn’t saying you did that, but I am saying that we are living not so far from history. And it’s not just slavery. Throughout history, often in resistance to racial progress, we find people promulgating mythologies about what happened, continuing to paper over true history, and further consolidating these ideologies that say that one group of people is superior and another is inferior.

But how do we move forward with those who continue to paper over the true history? How do we engage leaders who are unwilling to discuss the possibility of racism or inequality?

That’s a really rich question. First, you start where you are. You can’t engage everybody, but for me, the secret sauce is education and culture. With this book, let’s go back to that Elizabeth Catlett picture [The Torture of Mothers, 1970] to see how it viscerally visualizes a certain kind of pain and anxiety. I promise you that someone is going to feel something differently when they see that for the first time. Or when they read the great historian John Hope Franklin and the textbook he wrote, Land of the Free (1966), which was banned because it centered civil rights history and the history of people of color. What I have found in my teaching is that when people are outraged, their minds are opened and they see what has been kept from them. How do any of us feel when we learn we have been lied to? Look at the Adrienne Su poem that I quote [“Personal History“], in which she uses the phrase, “the shock of delayed comprehension.” I think we all have experience of that feeling: I didn’t notice that, because I was taught that other things are beautiful or powerful or important. But look at all of this over here. The succinctness of a poet’s words enabled me to articulate many thoughts and feelings.

You’re an accomplished poet as well. Could you discuss your role as a poet in the first inauguration of Barack Obama?

That was a really amazing moment. When he was president-elect, the poetry community was buzzing. There hadn’t been a poet at the inaugural since Bill Clinton [Maya Angelou’s “On the Pulse of Morning”]. When I was asked to do it, I really understood that I was representing American poetry—not just in the present, but its whole history, which for me began with Walt Whitman. I thought about the breadth and inclusivity of his vision, his beautiful poems in those long lines of an America that needed a long line because it had so much in it. It was important that we had a president who believed that art had a place on the national stage. We also had Yo-Yo Ma and Aretha Franklin and other artists, which reflected the idea that all of these voices were needed to carry this moment, to really see hope and possibility.

It seems that the joy of possibility has faded since then. How do artists continue to maintain their efforts to create concrete cultural and societal change? How do we cultivate hope?

I really hear you. As long as we’re alive, we can never give up hope. My grandmother always said, “Be a useful girl.” That’s all that each of us can ask of ourselves. As an artist, you never know where the work will go. Take the memoir I wrote eight years ago, The Light of the World, about the untimely loss of my husband. Not a week goes by without me hearing from someone about how that book has touched somebody; it’s the genie that cannot be put back in the bottle. Art moves in the world. From the cave paintings to now, no one’s been able to kill it yet. It’s important to know that our artists are envisioning a future but also that being hopeful doesn’t mean everything has an immediate solution. Artists help us comprehend what we are living through so that we can be strong and useful and move forward and make community.