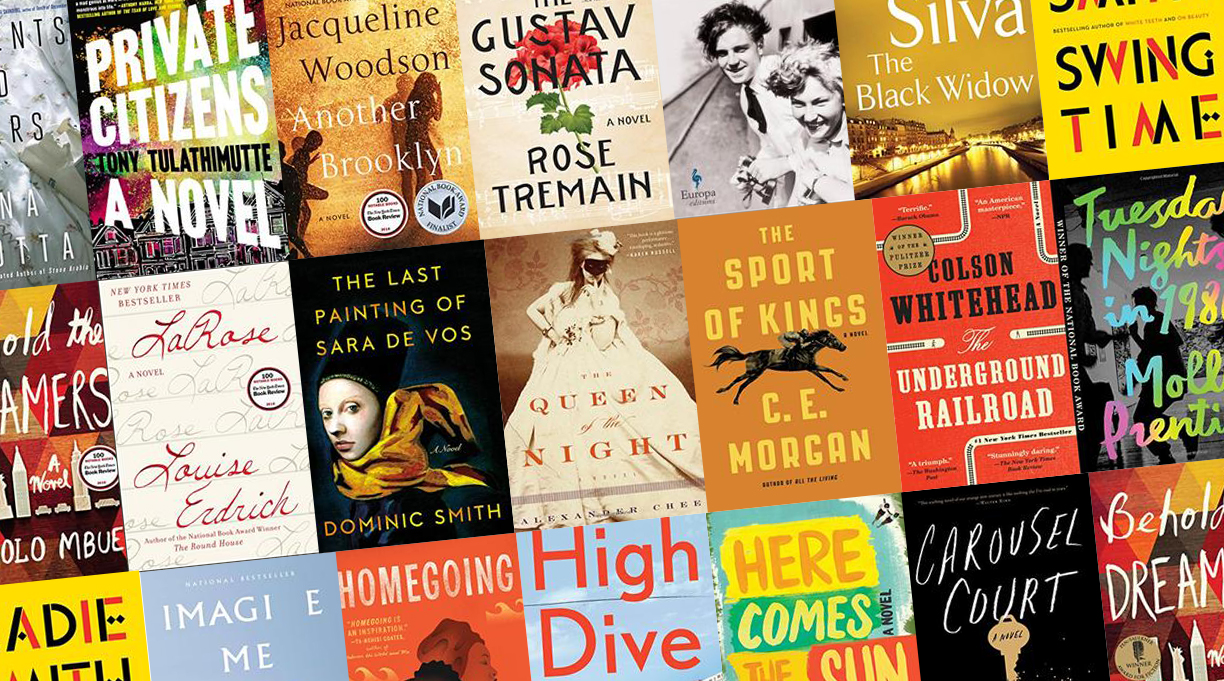 With the presidential election taking up so much space this year—both in the media and in people’s minds—it would have been easy for fiction to get lost in the shuffle. But 2016 has been a year of amazing fiction and a year in which novelists made themselves part of the conversation about the most pressing issues facing us—especially race. From Louise Erdrich’s LaRose, C.E. Morgan’s The Sport of Kings, Zadie Smith’s Swing Time,and Colson Whitehead’s The Underground Railroad to debut novels by Nicole Dennis-Benn (Here Comes the Sun), Yaa Gyasi (Homegoing), Imbolo Mbue (Behold the Dreamers) and others, some of the most impressive and engrossing books of the year have added layers of complexity to the story of race in America and beyond.

Then there were novels that used the changing economy as a backdrop, such as Carousel Court by Joe McGinniss Jr. and Private Citizens by Tony Tulathimutte. Jonathan Lee’s High Dive went inside the mind of a terrorist of the 20th-century variety—an IRA bomber—while the heroine of Daniel Silva’s The Black Widow infiltrates a group like the so-called Islamic State.

Not every book was so topical, of course. It was also a year of books about artists of all stripes—opera singers (Alexander Chee’s Queen of the Night

There were novels about memorable families (Imagine Me Gone by Adam Haslett), groups of friends (Another Brooklyn by Jacqueline Woodson) and individual characters (A Gentleman in Moscow by Amor Towles). But most of all, it was a year of memorable fiction that will be read for decades to come. Laurie Muchnick is the fiction editor.