‘Exterminate All the Brutes’ Doc Coming in April 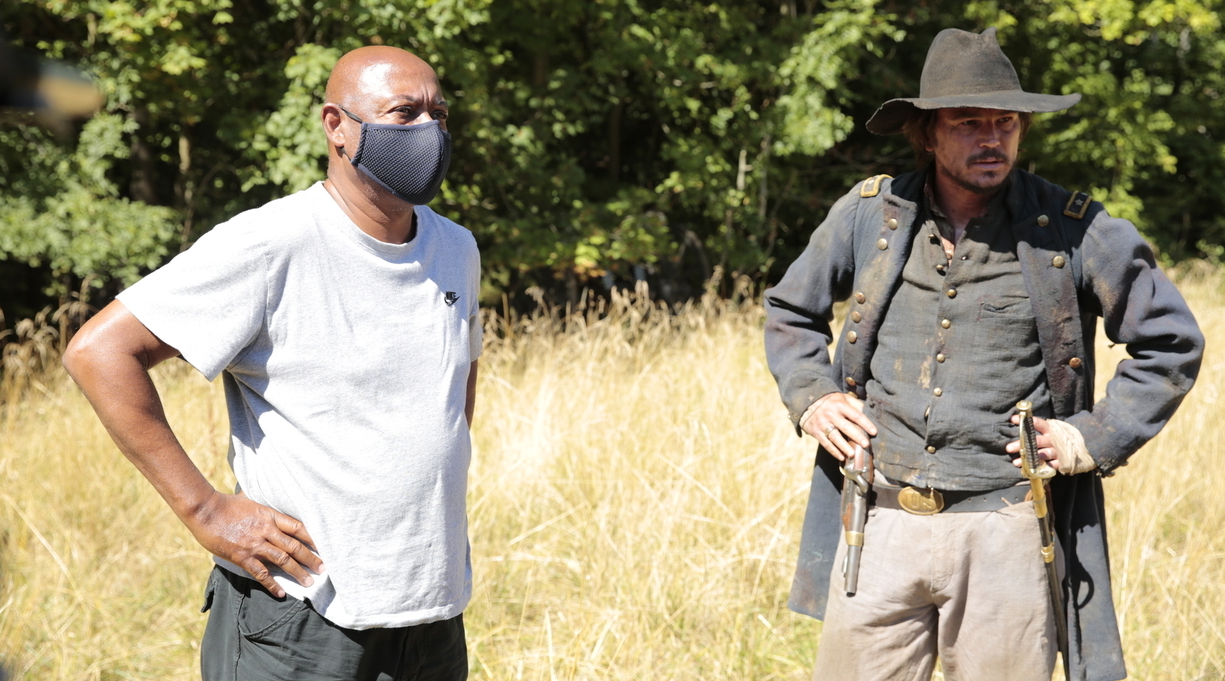 Raoul Peck and Josh Hartnett during the filming of ‘Exterminate All the Brutes.’ Photo by Velvet Film/David Koskas/HBO

Exterminate All the Brutes, a new four-part documentary miniseries about the impact of European colonialism will premiere on HBO on April 7. It’s based on three nonfiction books: 1995’s Silencing the Past by Michel-Rolph Trouillot, 1996’s “Exterminate All the Brutes” by Sven Lindqvist, and 2014’s An Indigenous Peoples’ History of the United States by Roxanne Dunbar-Ortiz. Haitian filmmaker Raoul Peck is the series’ writer and director; his 2016 documentary I Am Not Your Negro, based on an unfinished manuscript by James Baldwin, received an Oscar nomination for Best Documentary Feature.

The series—which, like Lindqvist’s book, takes its title from a line in Joseph Conrad’s 1899 novella, Heart of Darkness—combines new documentary footage with archival material and scripted scenes featuring Penny Dreadful’s Josh Hartnett and other actors, as well as animated sequences. According to HBO’s summary, the show aims to “offers a counter-narrative to white Eurocentric history” and “revisits and reframes the profound meaning of the Native American genocide and American slavery, and their fundamental implications for our present.”

The three books on which the series is based tackle different aspects of colonialism with some overlap. Silencing the Past concentrates on Christopher Columbus’ 1492 voyage and the Haitian Revolution of 1791-1804. “Exterminate All the Brutes,” according to Kirkus’ review, is broader in scope, presenting “an impressionistic history of European colonialism, in which the author argues that Enlightenment ideals of social evolution and human perfectibility, carried to their logical extreme, resulted in genocide.” An Indigenous Peoples’ History of the United States focuses on the experience of Native Americans.