Fiction To Read Before the Holidays Descend 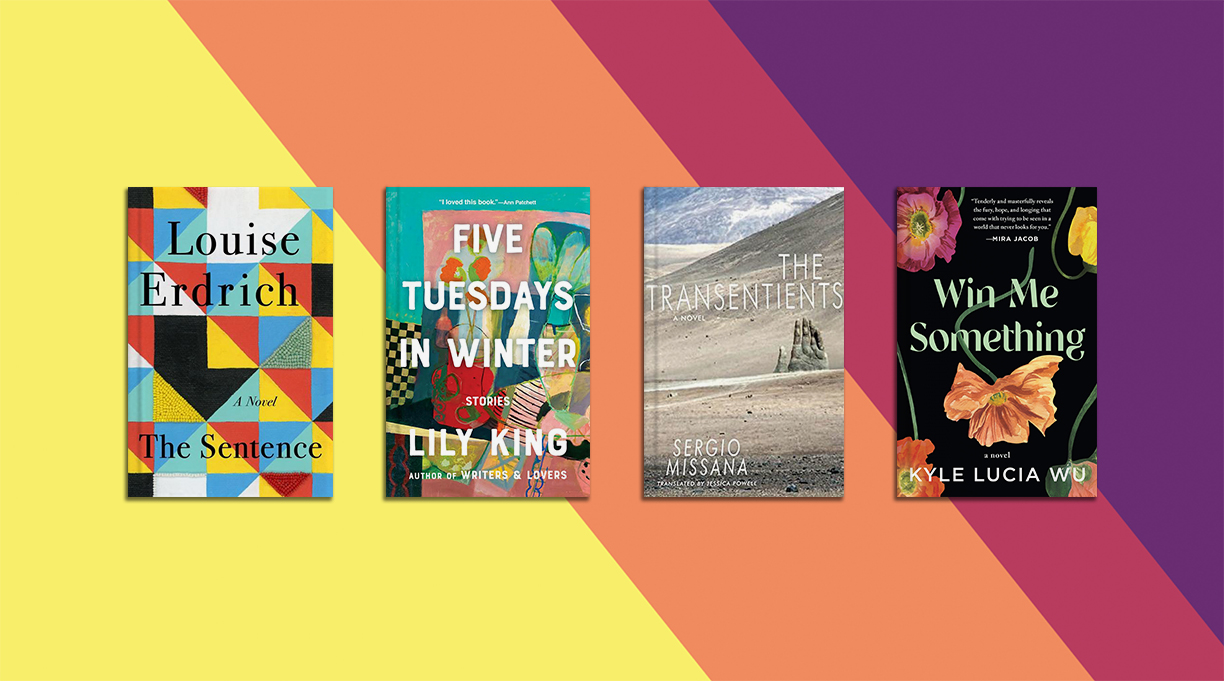 Background by Gradienta on Unsplash

November feels like an in-between time for fiction; many awards, including the Kirkus Prize, have already been announced, and the bookstore shelves are filling up with art books and cookbooks for the holidays. But there are still plenty of great novels and story collections coming out, and I hope they won’t get lost in the shuffle. Here are a few to look out for.

Win Me Something by Kyle Lucia Wu (Tin House, Nov. 2): This debut novel spends 10 months in Tribeca as 24-year-old Willa Chen works as a nanny for a girl named Bijou Adrien. Bijou! Wu definitely has the naming part down. Our starred review says, “Wu’s debut eschews many of the tropes of current fiction, particularly nanny fiction. Do not expect sexual or physical abuse, quirky characters, weird secrets, or biting tweet-ready wit; do not expect shocking plot twists or an exposé of evil parents or bosses. The Adriens are privileged New York liberals, imperfect but far from despicable; Willa’s parents made big mistakes but they loved her. And Bijou is a heartbreakingly complex child with anxieties that adults, including Willa, don’t always notice. Ultimately, expect subtle surprises as Willa’s relationships evolve in a satisfying accumulation of carefully drawn small moments that build toward her understanding, even acceptance, of both an imperfect world and herself.”

The Sentence by Louise Erdrich (Harper, Nov. 9): Less than a year after winning the Pulitzer Prize for The Night Watchman, Erdrich returns with a novel drawing on her experience as the owner of Birchbark Books in Minneapolis. The narrator is Tookie, who’s just finished a term in jail for transporting a dead body across state lines and taken a job working at a small independent bookstore in Minneapolis that finds itself haunted by the ghost of its most annoying customer, Flora. As our starred review says, “The novel’s humor is mordant: ‘Small bookstores have the romance of doomed intimate spaces about to be erased by unfettered capitalism.’ The characters are also haunted by the George Floyd murder, which occurred in Minneapolis; they wrestle with generations of racism against Black and Indigenous Americans. Erdrich’s love for bookselling is clear, as is her complicated affection for Minneapolis and the people who fight to overcome institutional hatred and racism.”

Five Tuesdays in Winter by Lily King (Grove, Nov. 9): King’s novels are a reliable pleasure; now she’s published a collection of insightful stories. As our starred review says, King “can make you fall in love with a character fast, especially the smart, vulnerable, often painfully self-conscious adolescent protagonists featured in several of the 10 stories collected here.…The final story, ‘The Man at the Door,’ about frustrations of the writing process, also tells of its joys: ‘This morning, however, without warning, a sentence rose, a strange unexpected chain of words meeting the surface in one long gorgeous arc….Words flooded her and her hand ached to keep up with them and above it all her mind was singing here it is here it is and she was smiling.’ ”

The Transentients by Sergio Missana, translated by Jessica Powell (McPherson Company, Nov. 16): Chilean novelist and journalist Missana has written seven books and earned a Ph.D. from Stanford, but this is his first novel to be translated into English. The narrator, Tomás, is starting over as he turns 40, quitting his job and divorcing his wife—but soon he’s living a new life in an unusual way, crossing over into other people’s heads for periods of time. As our starred review says, “Missana, abetted by a fine translation from Powell, raises questions about identity, friendship, intimacy, and empathy while building a psychological mystery on the shifting border between realism and fantasy.…Simenon meets García Márquez in this sly, strange, entertaining work.”