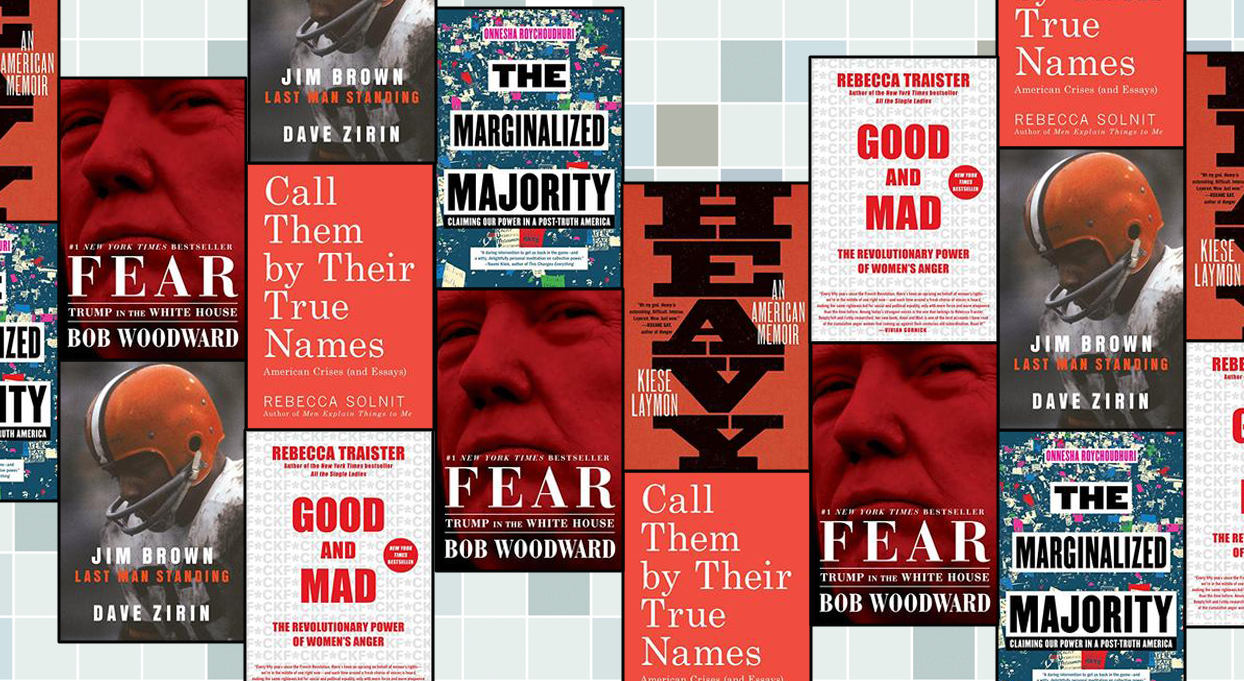 In our current political and cultural climate, it would be easier to simply check out and ignore the chaos. Thankfully, many authors have turned their grievances into focused rage, producing some of the most significant, fiery books of the year.

At the top of that list is Rebecca Traister’s Good and Mad (Oct. 2). In a starred review, we wrote that the author provides a “reflective, even revolutionary reminder that women's collective capacity to catalyze change outweighs individuals' fear of backlash or turning a blind eye to ongoing subjugation. The goal is not anger for its own sake but to access, acknowledge, express, and use it to rebuild structures.”

Traister has a kindred spirit in 2018 Kirkus Prize winner Rebecca Solnit, whose latest, Call Them by Their True Names (Sept. 4), ruthlessly dissects our current societal body and finds it sorely lacking. “Solnit is careful with her words (she always is),” our reviewer writes, “but never so much that she mutes the infuriated spirit that drives these essays.” Of course, a good portion of that societal body has been hollowed out by the current occupant of the White House, whom, legendary journalist Bob Woodward investigates in Fear (Sept. 11), a book that “reinforces a strongly emerging narrative that there’s a serious need for grown-ups on Pennsylvania Avenue—grown-ups who have read the Constitution.”

Righteous and legitimate anger—paired with potent intellectual argument—pulse through three of my personal favorites of the year: Kiese Laymon’s Heavy (Oct. 16), a Prize finalist and “dynamic memoir that is unsettling in all the best ways”; Onnesha Roychoudhuri’s The Marginalized Majority (July 10,), a masterfully concise work of activism that “gives voice to those whose voices are too little heard”; and Dave Zirin’s Jim Brown (June 12), which in addition to being a “truly rounded, fully fleshed portrait of a significant 20th-century figure,” contains much to say about our fraught times. Eric Liebetrau is the nonfiction and managing editor.