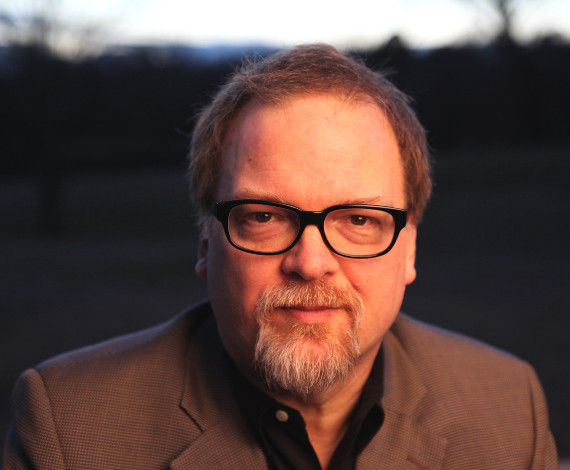 “The past is never dead. It’s not even past.” So, famously, said William Faulkner, Mississippian and novelist, who knew a thing or two about memories that refused to die, to say nothing of the events that fueled them.

Greg Iles, Mississippian and novelist, knows the wiles of local history as well, a history full of nasty episodes that those civic stalwarts who trade in antebellum architecture and roots music would just as soon forget. In Iles’ longtime home of Natchez, a criminal case may have been ice-cold for decades, but that’s no reason whatever to consider it remotely finished, not even generations after the fact.

Iles’ new novel, Natchez Burning, opens with a terrible scene that plays on the origin of the book’s title in an old blues lyric—one that, in this instance, takes terribly literal form when a black shopkeeper, the back of his store a haven for the assignations of mixed-race couples, is burned out for his troubles.

The culprits are members of a murderous offshoot of the KKK—an organization, Iles says, that in its old-fashioned, white-hooded form is “practically dead.” In its place have arisen well-oiled supremacist gangs that, if anything, are both better armed than their predecessors and more aware of such things as social media and the power of the press. Its members are unsparing, and they’re in it for the long haul. Says one, “Once in, never out—that’s the rule. Just like the IRA.”

But gangsters will always be with us, whether plying the backwaters of Mississippi or the streets of Manhattan. It’s that old rub of good people doing nothing that touches off Iles’s story, which brings racially motivated murders of decades past unhappily into the present, where Natchez mayor Penn Cage—a distant relation, he is proud to say, of Robert Penn Warren, and a character last seen in Iles’ explosive novel The Devil’s Punchbowl—discovers that his father, a paragon and pillar of the community, may be a little too close to the case for anyone’s comfort.

Too close, in fact, for the comfort of real-life residents of Natchez and neighboring Vidalia, Louisiana, who may not be pleased to see the seamier, emphatically uglier side of their hometowns depicted, no matter how fictional the guise.

Asked if he worries about offending local sensibilities, Iles pauses for a moment before replying, in measured tones, “One reviewer has said that I pay Natchez a ‘backhanded compliment’ by setting my novels there. When I wrote my first Natchez novel, The Quiet Game, which was loosely based on a civil rights murder, it was almost a Valentine to the Natchez I grew up in in the late ‘60s and early ’70s. Then, when I was doing a signing in Seattle, a man came up to me and told me that he and his wife had read the book and traveled 2,000 miles to see Natchez because of it—and that they loved it. That stuck with me. I thought, ‘If people are gonna drive 2,000 miles to see this place, I’d better be as accurate as I can be.’ At that point I stopped writing valentines and started painting a more realistic picture. So, yeah, I think it’s probably gonna upset some people.”

That realism extends even to the character of  Tom Cage, who, like Iles’ own father, is a veteran, medical doctor and respected member of the community. Iles is quick to add that though Tom’s situation does not parallel any real-life event, what he wanted to explore was that age-old question—one that Faulkner, too, probed—of what happens when a child discovers that his or her parents have feet of clay. And what happens, of course (children being the harshest critics of their parents that can possibly be), is a wound that passes from generation to generation until time can heal it.

And a wound never heals, as we all know, unless it is clean.

Thus Iles’ exploration of crime and its always dirty aftermath, when secrets are kept out of fear and misguided duty, when memories are nursed and grudges nurtured. As with his past books, Iles places his characters in ethical quandaries and loyalty-trying situations: A reporter, for example, is in possession of information that could be critically important to a criminal investigation, but if he delivers it, he runs the risk of committing the cardinal sin of giving up a source. Which trumps which? In such situations, people do not always behave as we might expect them to, which makes them fruitful ground for a novelist to explore.

Parts of Natchez Burning are clearly the products of a ripe imagination, with bad guys dripping such evil that one hopes they could never exist in real life. But parts, too, might have come from today’s headlines, and it’s up to the reader to determine which is which. Whatever the case, the takeaway is clear: Even in things long buried, in crimes long ago committed, there is the possibility of justice, a possibility that Greg Iles richly explores in his new novel.

Gregory McNamee is a contributing editor at Kirkus Reviews.