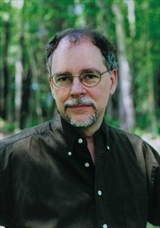 “I don’t know about you, but I have an extremely vigorous dream life,” says Gregory Maguire. One imagines!—and one is not disappointed to learn that, just prior to our morning phone interview, he dreamt of his dead mother and dead stepmother in conversation with 36th President Lyndon Baines Johnson and Lynda Bird Johnson Robb.

“When I look at a story that has meant a great deal to me, as it has to hundreds and millions of readers over the past 150 years, I look for the hanging threads that I think, perhaps, the author has left for me to find,” Maguire says. “And I think, how interesting—if you go through both books, both Alice’s Adventures in Wonderland and Alice Through the Looking Glass, you only see about five mentions of her life outside of the dream....At one point in the second book, we know she has a nurse. We know that she had a cat named Dinah and two kittens. We know that she has a sister, who was reading to her on the riverbank, and we can guess that she lived in Oxford. And she has two friends, Ada and Mabel.”

Ada and Mabel appear in an epigraph chosen from Alice’s Adventures in Wonderland. It reads in part:

“…I’m sure I’m not Ada,” she said, “for her hair goes in such long ringlets, and mine doesn’t go in ringlets at all; and I’m sure I can’t be Mabel, for I know all sorts of things, and she, oh! she knows such a very little! Besides, she’s she, and I’m I, and oh dear, how puzzling it all is!...”

—and that’s all Carroll had to say about Alice’s friends. Thus, After Alice becomes the story of one Ada Boyce, a rather unlovely, galumphing reverend’s daughter with a crooked spine.

“Everything else that I, Gregory Maguire, might make up in 2015 can be legitimate because it doesn’t contradict anything Lewis Carroll says,” he says. “I pride myself on doing that, I pride myself on taking the footprint of the original building and not changing it at all. I don’t want to change the meaning of Alice, I just want to find a new way for me to enjoy it, and maybe people who like to read what I write, for them to enjoy it, too.”

Ada is confined by an iron corset, a clucking nanny named Miss Armstrong, and the limits of her own imagination.

“As for dreams, they are powered by urgent desire, even if that desire is only to escape the quotidian,” Maguire writes. “Ada, who lived with a sense of disappointment and failure, thanks to her misshapen form, suffered from a flat dream-life, one that seemed poorly differentiated from her waking hours. As a stolid child, her dreams were of static things, almost still-lifes: a lump of cheddar on a board, a goat roped to a tinker’s cart, a curving road.”

Upon setting out to deliver a pot of marmalade to Alice’s house, Ada inadvertently delivers herself unto Wonderland through the roots of a tree. The off-kilter characters encountered therein knock some serious sensibility into Ada, inspiring a proper quest to find her friend Alice, who’d gone missing from Oxford.

“Now, however, Ada no longer felt like the passive observer of an unfolding fiction or of a dream da-guerre-o-type. Something new rose in her, a thrill of ambition. She had to get into that garden,” he writes.

Alternating chapters chronicle the aboveground search by Miss Armstrong and Alice’s sister, Lydia, for their two wayward wards. Incorporating Darwin, the Underground Railroad, a sprinkling of Marxism, and many more 19th-century curiosities, After Alice makes for a spirited inquiry into inquiry, the functionality of the human imagination, and its role in our species’ survival.

“When I’m feeling optimistic about the human race, as I did in my novel called What-the-Dickens, which was for kids, I said we need to be able to imagine so that we can see the answer that does not yet exist and work for it,” Maguire says. “If we can’t imagine, then we are condemned to our problems....But on the other hand, imagination can also be used toward greed and terror and aims that are not positive. Probably, in terms of evolution, imagination was our species’ compensation for being small, not terribly strong, not even terribly swift, and not having terribly good dentures.”