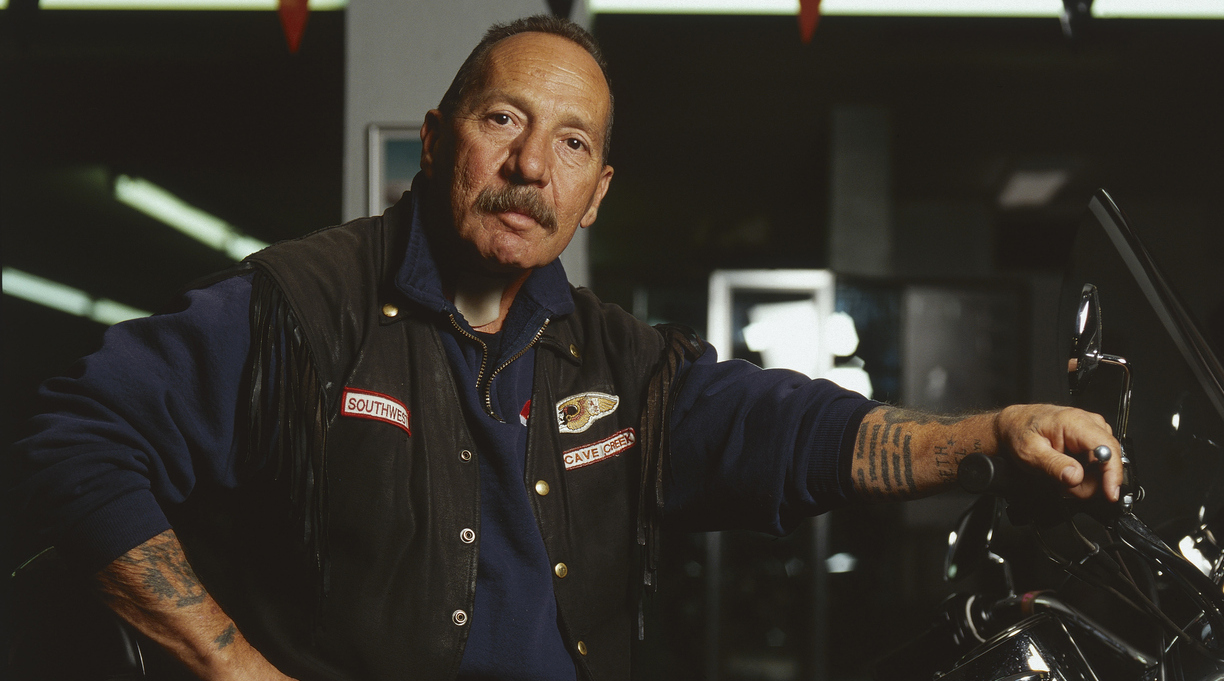 Sonny Barger in 2000. Photo by Ted Soqui/Corbis via Getty Images

Sonny Barger, a founding member of one of the most notorious chapters of the Hells Angels Motorcycle Club who later became an author, has died of liver cancer at 83, the New York Times reports.

Barger, a California native, was a high school dropout who served in the U.S. Army before co-founding the Oakland, California, chapter of the Hells Angels in 1957. He soon became the most famous member of the club, and the de facto face of motorcycle club counterculture.

He had frequent run-ins with the law, serving stints in prison in the 1970s on narcotics charges, and in the late ‘80s and early ‘90s on explosives conspiracy charges.

He published an autobiography, Hell’s Angel, in 2000, and followed that up with four other books, including the novels Dead in 5 Heartbeats and 6 Chambers, 1 Bullet. His most recent book, Let’s Ride: Sonny Barger’s Guide to Motorcycling, was published in 2010.

Barger announced his own death on Facebook in a post that reads in part, “If you are reading this message, you’ll know that I’m gone.  I’ve asked that this note be posted immediately after my passing. I’ve lived a long and good life filled with adventure. And I’ve had the privilege to be part of an amazing club…Keep your head up high, stay loyal, remain free, and always value honor.”