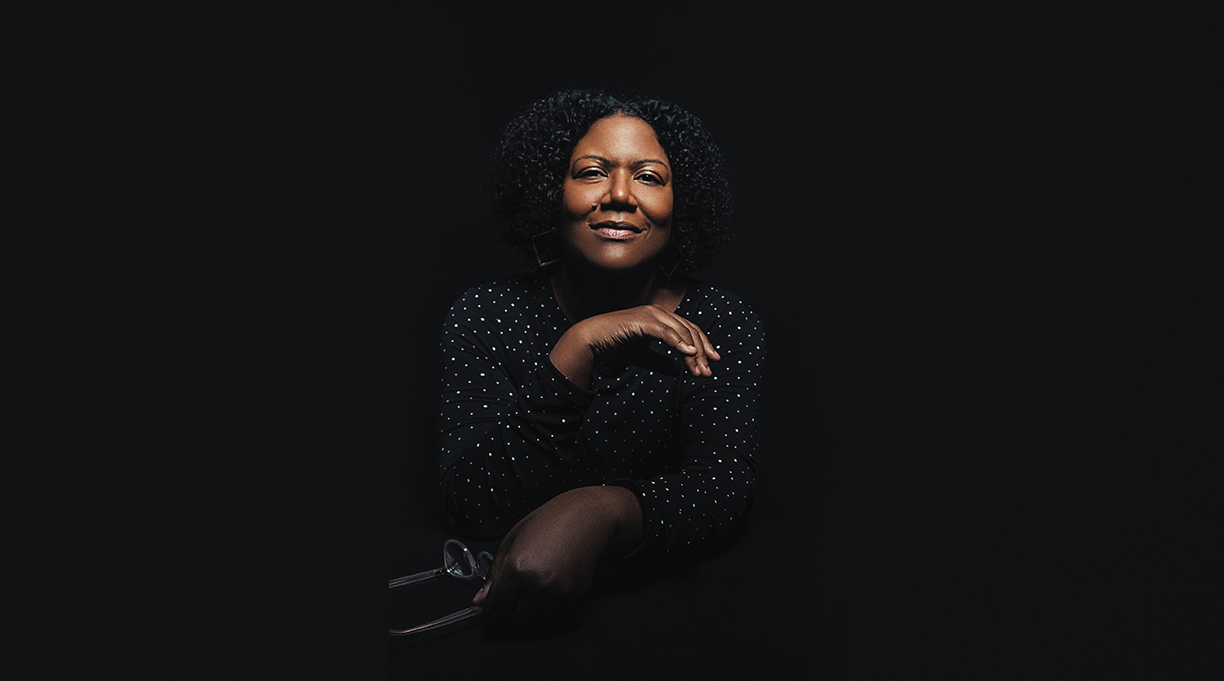 Honorée Fanonne Jeffers was my first writing sister. I have many cherished Black women writer friends, but Honorée was the first to call me “sister.” And if you’ve ever had the pleasure of hearing Honorée’s honeyed voice, you know she bestows sister with all the love and care you could hope for. Honorée gave me my first fiction credit in a national publication when she guest-edited a special Black women’s issue of PMS poemmemoirstory in 2008. I don’t recall how I landed on her radar, but when she, a renowned poet, asked if I would send her a story, I leapt at the chance.

When my contributor copy of PMS arrived, I gawked at the contributor list. Honorée had published me among literary stars including Nikki Giovanni, Edwidge Danticat, and Honorée’s beloved mentor and friend, Lucille Clifton.

As writers, as humans, we need someone to give us a chance, someone to claim us as family, to really see us. I’m continually struck by Honorée’s generosity toward fellow writers and her candor about her professional life, which has been no crystal stair, as Langston Hughes’ mama would say. But with grace and gratitude in the face of this past year’s successes, Honorée observes, “It’s only taken me 24 years of publishing to become an overnight sensation.”

As we awaited the publication of her first novel, The Love Songs of W.E.B. Du Bois (Harper/HarperCollins, Aug. 24), I spoke with my dear sister about writing unapologetically Black feminist fiction and the ancestral journeys that brought her most recent works (including the National Book Award–longlisted poetry collection The Age of Phillis) to fruition. Our conversation, conducted over Zoom, has been edited for length and clarity.

The Love Songs of W.E.B. Du Bois is an epic, in every sense of the word. It’s grand in scope, and it’s magnificent. Did you know at the outset that it would be a big novel, or did it evolve?

When I began the book—late 2011, early 2012—it was supposed to be a book about Ailey’s coming-of-age, and it was going to have some serious parts, like Lydia’s drug addiction. With Ailey, I knew that she was going to be a child of the 1970s and ’80s, close to my age. I really loved her personality; she has a take-no-prisoners view of life and this hardcore sense of humor. That was the initial tone of the book. To be honest, one of my favorite books is [Melissa Bank’s] The Girls’ Guide to Hunting and Fishing.

Around two years into writing the book, I started having these dreams about people who lived in the 19th century. I knew immediately they were Ailey’s ancestors. At first, I was trying to make them into stories. Then I said, maybe that’s another novel. And they just kept intruding in my head. That’s when I began to try to weave the two stories together. It was really messy, and I didn’t know where I was going. Toni Morrison said she never let her characters have a life of their own. I tried not to let my characters have a life of their own, but they do.

One of the things I love about your novel is that we get to see the interior lives of multiple generations of women, sometimes at odds with one another. Were there particular myths about women’s inner lives or about intergenerational dynamics that you wanted to dispel?

This is a Black feminist book, OK? I’m unashamed about that. I was very intentional about dispelling the myth that there’s such a thing as a universal woman. That doesn’t mean that women-identified individuals can’t share particular experiences. But I think that culture makes experiences very specific. Black and woman are a crossroads—what Kimberlé Crenshaw calls intersectionality.

In terms of the intergenerational dynamics, I’m really glad you noticed that. I grew up in a circle of women. I know so many other Black women that grew up in a circle of women, and that shapes us. One of the reasons that I love Belle so much is that she’s Ailey’s mother, and we see her from Ailey’s point of view. When you’re young, and you see your mom, you’re thinking she’s always been a mom. You can’t ever imagine her as a young girl, with her own dreams. You can’t understand the sort of sacrifices that she’s made. And it’s only when you get to be an older woman that you can look back and say, Oh yeah, OK. You can only really understand that when you have an intergenerational story.

The process of writing is, at its best, a process of discovery. What did you learn about yourself in writing your novel and in writing The Age of Phillis?

Both of these books are ancestral journeys. I realized—probably around 2016, I was about three years out from finishing The Age of Phillis and about four years out from finishing Love Songs—that this was going to be my life’s work, attending ancestral altars. When you study the history of Black folks in this country, there’s a lot of pain. That was frightening. When I finished editing Love Songs, in the middle of the pandemic, there was a joy that I felt that I never expected to feel. There was a joy in having told the stories of these people, even as terrible as some of these stories are, because there is joy in memory. There is joy in telling what hasn’t been told before.

We’re in the middle of this whole fracas, if you will, about critical race theory. Just about every day on social media, someone’s saying, “I’m tired of reading about slavery. I’m tired of slavery movies.” It’s one thing if you decide you don’t want to hear these stories anymore. But when somebody outside of your community says you cannot know these stories, your children cannot know these stories, you get your back up, you get defensive. I feel so immensely gratified seeing younger Black people—some of whom, even six months ago, would say, “I don’t want to hear about this. Why can’t we hear about Black joy?”—rallying around the stories of our ancestors.

I’m still thinking about process. When it comes to writing prose, do you outline?

Oh, gosh, well, that’s my answer. Do you have a daily writing routine?

You’ve got to court your writing.

Exactly. And then, if I may, prayer is very much a part of my writing process. I always thank my Creator for giving me new words. What we have learned, particularly in this time, is that you never know the hour or the day. I want to be writing up until the moment I leave this Earth, the way that my mentor, [poet] Lucille Clifton, was writing up until she went into the hospital for the last time.

“You never know the hour or the day.” You took me back to church with that.

Deesha Philyaw is the author of The Secret Lives of Church Ladies, which won the PEN/Faulkner Award for Fiction, the Story Prize, and the Los Angeles Times Book Prize: The Art Seidenbaum Award for First Fiction.