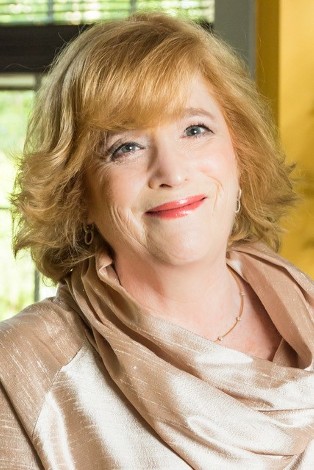 When Kirkus caught up with her at her home office in Washington, DC, Jane Leavy, the longtime sports biographer and journalist, was in a worried frame of mind. She’d been slotted to throw out the opening pitch at Yankee Stadium a few days hence, she explained, and it wasn’t so much that she feared standing in front of 54,000 people as that she was having trouble selecting her delivery. We gently suggested the fearsome Yankees reliever Goose Gossage as a model, but Leavy instantly dug deeper into baseball history. “No,” she says, “I don’t have a walrus mustache, and my heater goes maybe 45 miles an hour. I’m thinking of doing a Ryne Duren impersonation,” she adds, “except that no one knows who Ryne Duren is anymore.”

Leavy’s grandmother lived in the shadow of the old Yankee Stadium, and Leavy grew up hearing the cracks of bats and the cheers of the crowds that filled the house that, as the adage goes, Babe Ruth built. That may have destined her to her long and distinguished career as a rare woman sportswriter covering professional baseball for the Washington Post, which led to best-selling biographies of Mickey Mantle and Sandy Koufax and the baseball-themed novel Squeeze Play. In time, the venue certainly figured in her choice of George Herman Ruth as the subject for her new book The Big Fella: Babe Ruth and the World He Created—though it was a choice she resisted for a long time.

“It was really the last thing I wanted to do,” Leavy recounts. “I spent a long time fighting it, and then a whole year working on the proposal. I didn’t have access to any primary sources from the sport itself—nobody, say, who played with Ruth back in the 1927 World Series.” Still, she eventually warmed to the project after deciding that she might in fact have new things to say about the much-written-about Ruth. One helpful moment in reaching that decision was a conversation with Julia Ruth Stevens, Ruth’s now 102-year-old daughter, who let slip that her father’s parents had divorced.

“At that point I was still thinking about writing a novel about the Babe,” Leavy says, “but that was one of those great moments when a reporter gets an interview subject to say something new.” The realization helped shape the book, explaining in good measure why Ruth had spent time in a juvenile facility as a boy. Where some earlier writers assumed Ruth had been orphaned, others that he was punished for some act of incorrigibility (and indeed, a cop delivered him to the gates of St. Mary’s), Leavy shows him as a sensitive, wounded young man who was essentially warehoused after his parents’ break. His time in the Baltimore “industrial school” marked his rise as a baseball hero, of course, but it also left a dark mark on Ruth’s spirit, and something to fight against for the rest of his life.

Leavy made other discoveries, too. As she dug into the story, she realized that “the digital revolution has made so many documents available that writers didn’t have access to before, and that offset what I couldn’t have access to in terms of interview subjects. Some of the stories I was able to turn up weren’t just needles in haystacks, they were needles in every haystack in the Midwest, and there’s no way any responsible reporter before the Internet could have found what I found with the click of a mouse.”

What emerged from those considerable labors, and all that digging, is an American success story. Ruth may have been a lout at times, hard-drinking and hard-living, but he arrived to the game as, yes, a big fellow, tall and well proportioned, “bigger than almost anyone who played the game,” as Leavy says. He soon became larger than life, a baseball legend who is still widely reckoned as the game’s greatest all-around player. But more important, says Leavy, is Ruth’s lesser-known role as what she calls “an inadvertent revolutionary” who helped remake the game: He became a template for athletic celebrity, professionalizing the sport, hiring an agent to represent his interests against a management inclined to treat players like cogs in a wheel, breaking the color line by insisting on playing with Negro League athletes, taking on umpires and commissioners, and, in the end, properly understanding his value to the organization and the game.

Ruth’s brilliance as a player and personality continues to shine today, and Leavy has delivered a lucid, literate book that shows every aspect of his greatness. It’s an exemplary biography, offering a model not just of a sports figure but of someone determined to make his own way in the world. For her part, having done all that excellent work, Leavy has no time to rest on her laurels—for she’s off to practice that game-day pitch in the house of heroes.