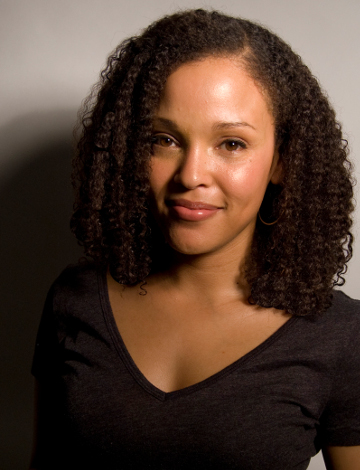 National Book Award winner Jesmyn Ward has stared down truth and rendered it on the page with poignance and precision before. But for her third novel, Sing, Unburied, Sing, Ward forged a fresh set of writing tools—historical research, multiple first-person points of view, and a touch of the supernatural—to grapple with the legacy wounds of American racism.

Urgent and evocative, Sing, Unburied, Sing explores the inescapable force of history bearing down on thepresent. Dense, multigenerational tragedy tails 13-year-old Jojo and his drug-addicted mother, Leonie, as they travel from their home in fictional Bois, Mississippi, upstate to retrieve Jojo’s white father from the notorious Parchman Farm, also known as the Mississippi State Penitentiary.

Jojo’s black maternal grandfather, River, also served time in Parchman, and Richie, the ghost of a child prisoner from those cruel years, joins the wretched travel party for the trip’s return leg. In distinct ways, each traveler—young man, woman, and ghost—desperately seeks home in people and places that provide no rest and little shelter.

Through Richie, Ward captures the tenacity of the family’s doomed, but forceful, love. Observing similarities in the way Jojo cares for his sick little sister and River cared for Richie, the ghost says:

When he returns to the car and I announce myself, I know he is Riv’s again. I know it by the way he holds the little sick golden girl: as if he thinks he could curl around her, make his skeleton and flesh into a building to protect her from the adults, from the great reach of the sky, the vast expanse of the grass-ridden earth, shallow with graves. He protects as River protects. I want to tell him this: Boy, you can’t. But I don’t.

Ward grew as a writer with this book. “I developed writing muscles that I never had before,” she says, “because of the amount of research that this required. Because I had to then figure out how to incorporate that research into the narrative and make it feel organic.”

She succeeds in this ambitious project precisely because of the ways her writing is drawn to earth. Ward’s prose stays rooted in the contours of Mississippi even as the narrative engages the occult. In the vivid world she’s built, it’s Richie, the ghost, who tells us that Jojo carries “the scent of leaves disintegrating to mud at the bottom of the river, the aroma of the bowl of the bayou, heavy with water and sediment and skeletons of small dead creatures, crab, fish, snakes and shrimp.”

The characters (alive and dead) remain so entangled in the Mississippi landscape that it’s hard to imagine any other place birthing—or burying—them. Richie himself has “an afro so long it sprouts from his head like Spanish moss,” Ward writes. Anyone who has ever witnessed the dense silver-gray moss hanging ominously from the limbs of live oaks understands the power and economy of her prose.

Ward went through 10 revisions of the novel before drafting a chapter told entirely from Richie’s perspective. She hadn’t ventured into the magical realm in previous novels but knew that giving Richie a voice within the frame of her contemporary story required making him a ghost.

“I read that there were children as young as 12 and 13 years old who were charged with criminal offenses and sent to Parchman,” Ward says. “I was so struck by that fact that I stopped and thought, ‘OK, there’s an adolescent boy who went to Parchman with Pop in the ’40s and he has to speak in here. He has to come alive in this. He has to be more than a memory because I was so appalled by the tragedy of that.”

Ward spent three years crafting the first complete draft of Sing, Unburied, Sing,compared with just a year for Salvage the Bones, her second novel, which won the National Book Award in fiction in 2011. A full-time job, the birth of children, and creative nonfiction projects slowed her progress through her meticulous revision process.

She lets a draft sit for a while, then she goes through it, picks on issues and revises the entire text, focusing just on that one thing, such as the depth of a particular character. Then she’ll go back and work single-mindedly to address another matter. The reader gains a more nuanced, textured story in return.

“I treat it like a job,” Ward says. “I say to myself, ‘OK, you’re gonna work on this for one to two hours a day, five days a week,’ and then I make that happen by waking up early and also writing while my kids are at school.”

Violence against black people remained a constant backdrop to this work, she says. “Police brutality and black people dying because of police violence were on my mind throughout the process when I was writing Sing, Unburied, Sing,because of everything that was happening then, because multiple black people had been killed by the police over the past four and a half years,” she says. “It was happening over and over and over again. I was constantly thinking about how quickly and easily a situation like that, something as simple as black people getting pulled over by the police, can spiral out of control.”

Inevitably, a police confrontation made its way into the book. “It just made sense,” she says. “They’re driving through central Mississippi and they

are on the road for so long.” But it’s a testament to Ward’s skill that what happens once they are stopped surprises and provokes thought.

“I wrote the bulk of this and revised the bulk of this while President Obama was in office,” she says. “I wonder what the difference will be in the reception of this book. The climate now is especially hostile to acknowledging the ways that history is relevant and the ways that history bears in the present, and it’s especially hostile to acknowledging the fact that systemic racism exists.”

We soon shall see.