Joan Didion Has Died at 87 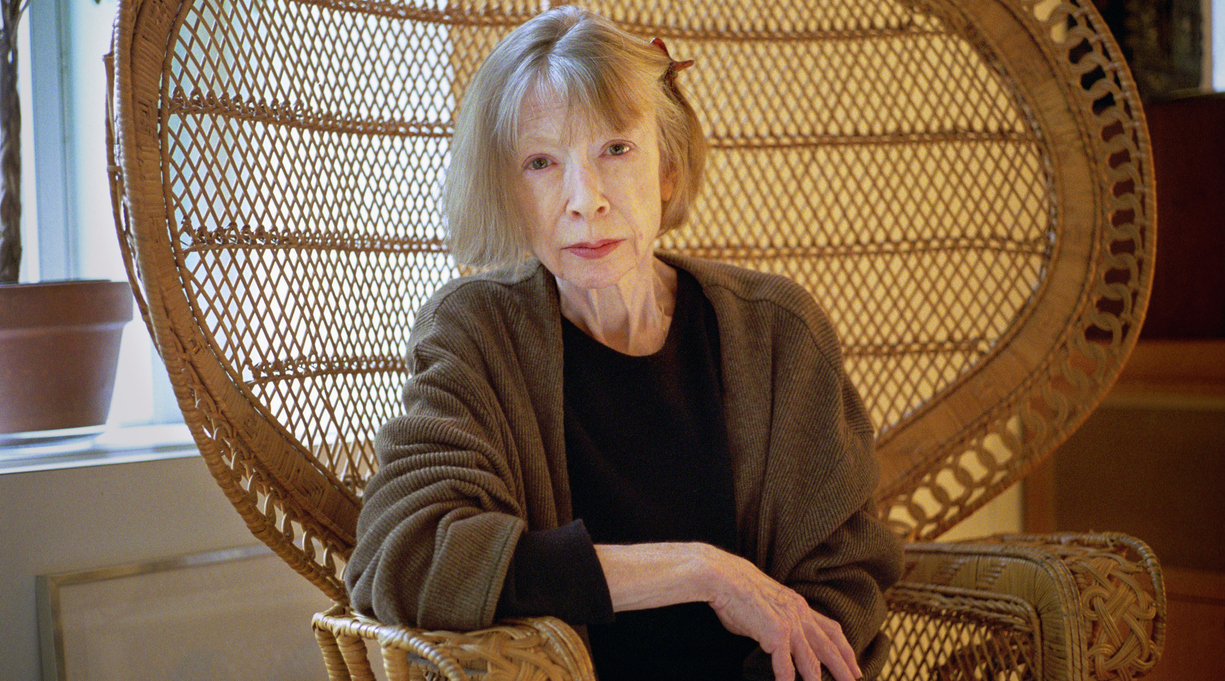 Joan Didion in 2003. Photo by Neville Elder/Corbis via Getty Images

Joan Didion, the legendary essayist and novelist known for her sharp and frequently caustic writing about the complicated culture of her native California, has died at 87 from Parkinson’s disease, the New York Times reports.

Didion, a Sacramento native, was educated at the University of California, Berkeley, and began her long career as a writer and editor for Vogue magazine. She made her literary debut in 1963 with the novel Run River, and followed that up five years later with Slouching Towards Bethlehem, an essay collection now considered a classic of creative nonfiction.

Her 1970 novel, Play It as It Lays, shocked readers with its dark portrait of a troubled actor’s life in Hollywood, and inspired a film adaptation starring Tuesday Weld and Anthony Perkins. In 1979, she published The White Album, an essay collection that garnered rave reviews from critics.

Didion’s life was marked by tragedy. She lost her husband, the author John Gregory Dunne, to a heart attack in 2003, and her daughter, Quintana Roo Dunne, to pancreatitis less than two years later. She would write about the deaths in the books The Year of Magical Thinking and Blue Nights. The former won the National Book Award for nonfiction in 2005.

Her most recent book, the essay collection Let Me Tell You What I Mean, was published in January.

Didion’s admirers paid tribute to her on social media. “She wrote about life and death so beautifully, it feels strange to see it touch her, too,” author Amber Sparks wrote on Twitter. “I wouldn’t be who I am as a writer without her.”

And author Susan Orlean tweeted simply, “Oh, no, Joan Didion has died. She was my idol and inspiration.”

Oh, no, Joan Didion has died. She was my idol and inspiration.