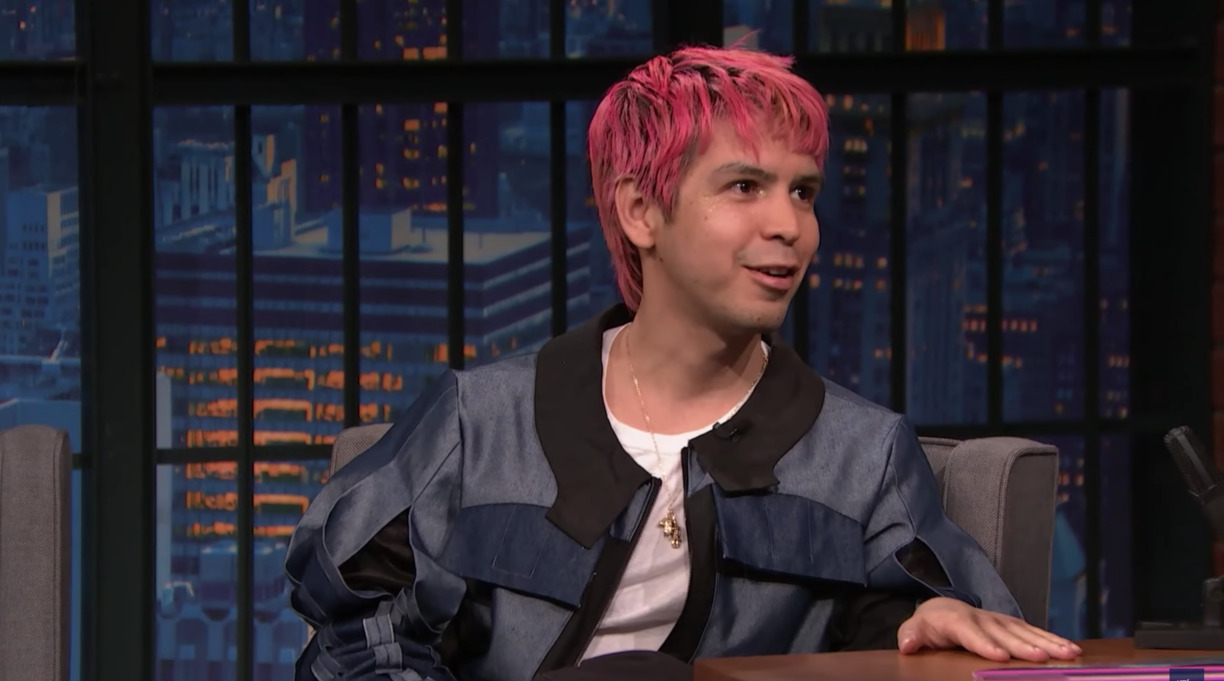 Comedian Julio Torres discussed his forthcoming children’s book, I Want To Be a Vase, on Late Night With Seth Meyers Thursday.

The picture book, scheduled for publication on June 7 by Atheneum, is written by the Los Espookys star and former Saturday Night Live writer and illustrated by Julian Glander. It tells the story of a toilet plunger who has ambitions to become a flower urn, angering a vacuum cleaner who thinks it should stick to its original purpose. A critic for Kirkus wrote of the book, “Great for stimulating creative thinking and art activities: What else can ordinary objects be?”

Meyers asked Torres why he chose to write a book about a toilet plunger.

“I didn’t want to write a book about, like, a little bear,” Torres responded.

“I don’t know if you know, I just did that,” Meyers replied.

“Which is why—because the bear book bar was set so high,” Torres said, to laughter from the audience. “So I felt, like, pick your track. Build your own. I’m not going to have Late Night With Julio Torres, you know what I mean?”

He then answered the original question, saying, “I was trying to think of what the scrappiest object would be, and I was thinking about the hierarchy of objects. And if you are a plunger, it’s safe to say you’re at the bottom of the totem pole. Because no one’s happy to be using a plunger.”

“And then the villain is a vacuum cleaner,” Meyers said. “I mean, as much as an object can be a villain.”