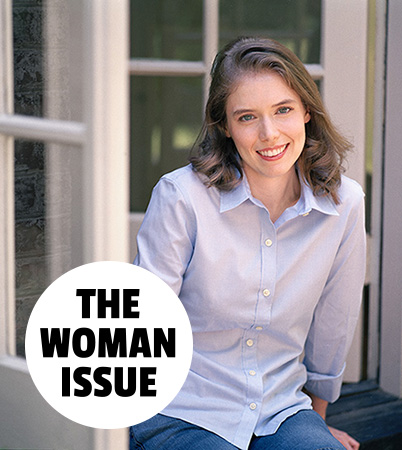 Following up on her acclaimed debut novel, The Song of Achilles (2012), Madeline Miller invites her readers back into the ancient world of Greek heroes and gods in her new novel, Circe. “I’ve loved these ancient stories for years,” Miller says. “I mean, since I was a child. And I kept coming back to the fact that, with very few exceptions, all of these pieces of literature were composed by men and deal with male protagonists.” This time, however, the story is told through the eyes of a woman: the first witch in Western literature, the goddess Circe. While thinking about writing Circe, “I knew that I wanted to explore a woman's voice, a woman's point of view,” Miller says, “and it was always Circe. There was never any other choice. I knew it was going to be her.”

Readers familiar with the classics may remember Circe from The Odyssey, where she comes to Odysseus’ aid (after first turning his men into pigs). But the daughter of the Titan god Helios and the nymph Perse is unusually well-connected for a lesser god. A cousin to Prometheus and aunt to Medea and the Minotaur, Circe excited Miller because so many myths dwell in her narrative. But that’s not what drew Miller in.

“The detail that really caught my eye in Homer,” she explains, “was the fact that Circe has a mortal voice. She speaks with a mortal voice. That’s right out of Homer. And it's a fascinating detail—one of those details that, as a novelist, just hooks you. She’s complex. She seems like a character that’s really caught between worlds, between the world of the gods and the world of mortals.”

As becomes evident, it’s a characterization that is true on many levels. Circe is a witch, a novelty that gives her power far beyond her station, power enough to frighten the Olympians and result in her banishment to an isolated island. Yet she’s a nymph, a lesser goddess—“in the hierarchy of the gods,” Miller says, “they have almost no power”—and ancient stories bear harsh testament to their vulnerabilities.

“I wanted to do justice to the amount of violence that is enacted on women in these ancient myths,” Miller says. “These stories of the ancient Greeks are timeless, both for good and for ill. We are still struggling with a lot of issues around violence towards women, devaluing women, silencing women, suspecting and punishing women who have power. As I child, I think, you read these myths, you read of Daphne and Apollo and how she turns into a tree, and a lot of it passes right by—but she turns into a tree so she doesn't get raped by Apollo. I wanted to bring out what the reality of that would be like for a woman at that time, and also speak to experiences that are unfortunately all too common for women today.”

With this novel, Miller “wanted to set Circe at the center of her own epic,” a genre that has historically looked past women, except as they relate to men. And she does it beautifully, with nuance and passion and something not often associated with divine beings: humanity.

“The gods are incredibly cruel,” Miller reflects. “They're really selfish. Every now and then they have a favorite, but they'll turn on them and pursue vengeance generations down the line. Being immortal means, ultimately, being disconnected from the process of life. The process for everything else is to live, to grow, to change, and then to die. One of the things that has always interested me is that, in general, in the stories, gods don’t learn. They don’t grow and they don’t change. They're monoliths, and their desires are monolith. But Circe is all about transformation. I was surprised at just how full a character she could be, how full a life she was able to live.”

James McDonald is a British-trained historian and a New York–based writer.