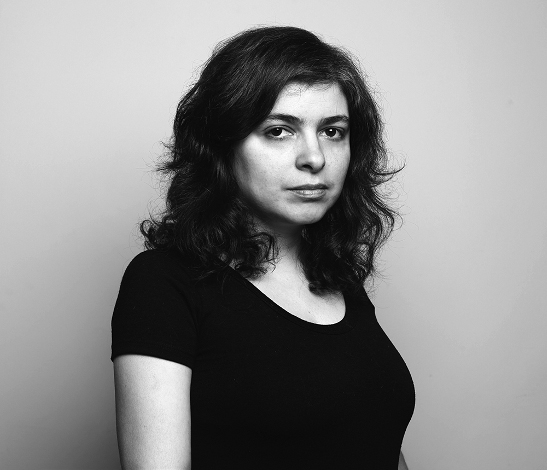 When I told Mariana Enríquez that I enjoyed Things We Lost in the Fire, her debut short story collection, she couldn’t help but laugh.

“ ‘Enjoy’ is not something most people tell me,” Enríquez says. “They usually say they suffer through them.”

She has a point. The title story details an “epidemic” of women burning themselves in bonfires. Several of the stories are about teenagers, especially women, entering self-destructive spirals that hint at ruin. “The lack of food was good; we had promised each other we’d eat as little as possible. We wanted to be light and pale like dead girls. We don’t want to leave footprints in the snow, we’d say, even though in our city it never snowed.”

“Spiderwebs,” which was recently published in The New Yorker, creates an atmosphere of dread around a married couple’s journey from Buenos Aires through the jungle into Paraguay. But what makes that particular story so haunting isn’t only the menace, the disappearances, and the ghost stories, but the depiction of a boring, terrible marriage.

For Enríquez, Argentina’s violent past directly informs her work. “When I started writing it was natural to mix our everyday lives [in Argentina], the scars, the politics,” Enríquez says. “Particularly the dictatorship that happened when I was a child. It was like a nightmare. Something that doesn’t leave you.”

Argentina lived under a violent military dictatorship through the 1970s and into the 1980s. During this time, thousands of dissidents were rounded up, tortured, and murdered. Many of the victims were never found, and there are unknown numbers of children of the disappeared (or desaparecidos) who were given to military families. The ghosts of this violent time, and the resulting air of uncertainty, envelop Enríquez and all Argentines.

“It’s still happening,” Enríquez says. “It’s not a subject that is cold history. The past isn’t the past. Some thing of the past that keeps happening in the present—that’s a ghost too.”

The stories in this collection get more supernatural as the book progresses. The first few are dark, but the terror is confined to the disorientation of poverty and violence. By the end the reader is chilled by ghosts, Lovecraftian monsters, and a long-dead serial killer who might not be so dead.

However, Enríquez is aware that supernatural stories might not be the expected vehicle for an examination of violence and politics. “In general, people are surprised that I choose genre to write about [the violence],” Enríquez says. “But they read the story and see it’s not disrespectful.”

For Enríquez, horror is a valid genre to explore national tragedy. “I think it’s natural. People my age, say their early 40s, have been reading Stephen King, watching movies, raised by genre in a way. Our tradition of telling stories is different and it should be.”

One of the most chilling aspects of her work is the note of uncertainty left at the end. Even if the reader is pretty sure something bad is about to happen, we rarely see it. Enríquez pulls back just before the violence comes to a head, and that’s somehow scarier.

“I get really tired of stories in general that tie everything up for you,” Enríquez says. “I am very unsettled by reality. I don’t see closure anywhere. I don’t write so the readers can have the comfort of an ending. Even if it’s a horrible ending, it’s an ending. Most things in life don’t have an ending, and I don’t see why they get to have one in fiction.”

Despite the undeniable supernatural elements in Enríquez’s work, each story also highlights the beauty and the grime of Buenos Aires. Many of the stories in this collection were inspired by a detail or a real crime: a burned woman on a subway. The brutal murder of a homeless child. Routine police brutality. Enríquez takes the details and renders something new and gripping.

“This is a city that’s always evolving. A place where there used to be big parks that are now favelas. And a city that has some very contaminated rivers that I was terrified of when I was little,” Enríquez says. “Location is very important to me, and I like the psycho-geography of a city. What a place remembers. How a place is haunted by the past and the people that live there. What story a building has to tell.”

Thanks to a translation by Megan McDowell, American readers now have access to a new collection of stories that are gripping in their horror, but somehow even more compelling in their reality.

Richard Z. Santos is a writer and teacher living in Austin. His work has appeared in the Morning News, the Rumpus, the Texas Observer, the San Antonio Express-News, and many others. He’s working on his first novel.
MORE FEATURES
POPULAR KIRKUS STARS