Meet Some Middle-Grade Authors of Fall 2021 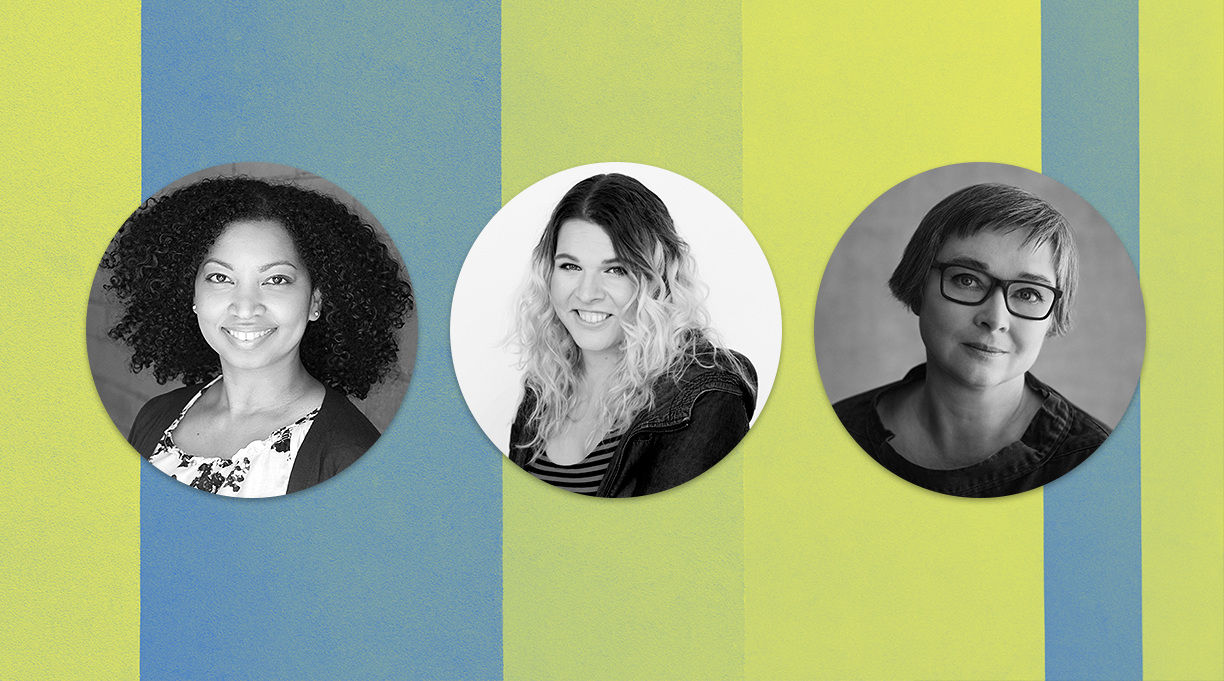 The fall season brings a staggering number of books published for children, and titles for middle-graders are keeping pace with offerings for their younger and older siblings. For a closer look at some of the standout books, we asked three authors some questions over email.

As in Thornhill, you address intense subjects with great care and a touch of the supernatural. What draws you to tell these stories?

I strongly believe that books for young people are a safe place to explore ideas and experiences that may introduce them to a topic that is “other” to their own lives or help contextualize situations. As children share our adult lives, they are impacted by our mistakes and vulnerabilities and the resulting mess we make of relationships. Therefore, I feel it is important that there are books that tackle experiences that the reader or their friends may be exposed to, or that may prompt conversations about those topics. By integrating these dark and difficult subjects in gothic or ghost stories, I hope that those who do not feel comfortable with the “real life” elements can enjoy the story on a different level. I am a great believer that books that acknowledge the messy reality of life are consumed alongside [a] wide range of fiction—part of the menu young people can choose from for a broad diet of reading.

What are your thoughts on adults’ differing cross-cultural beliefs about suitable art for children?

This is something I feel strongly about, [coming] from my background as a specialist children’s bookseller, book buyer, illustrator, and lecturer in illustration. I don’t believe that there are any distinctions between art for adults or for children, except for the contentof the imagery. Much like the food we expose children to through our own cultural diet, readers become so familiar with the visuals evolved from their own traditions that they think this is the “true” way of representing to children. They feel that the kids won’t get [what] they, as adults, may not have developed the palate for. Children are so much more open-minded than adults. I run a stand at the Bologna Children’s Book Fair. It is exciting to see the illustration from publishing cultures around the world. What is new to us today becomes absorbed and reinterpreted and part of our ongoing cultural evolution—but only if we are open to it. Books are one of the first places children get exposed to artwork, so why not give them as much as possible and let them decide what they like?

Known for her immensely popular webcomic, Assigned Male, Sophie Labelle returns to prose with Ciel in All Directions (Second Story Press, Sept. 28), the latest installment in her series of middle-grade novels about the life of a nonbinary teen, translated by Andrea Zanin. Kirkus calls it “a bright and open story” that handles important critiques and themes.

Did you write the book during the pandemic? How did that affect your writing routine?

The book was actually written in 2018! I have since written two more novels, but none during the pandemic, which did put a stop to most of my writing routines. “Third spaces,” which are neither home nor work environment, are central to my writing process: I usually spend at least a whole day every week in a coffee shop to put order in my thoughts, gather new ideas, scribble in my notebook, etc. Just me, some papers, a coffee, and nothing to possibly interrupt me. It hasn’t happened since January 2020, but I’m getting my second vaccine soon, and that’s probably going to be the first thing I’ll do!

Were you a big reader as a kid? Are there any formative books that influenced you as a reader or writer?

I learned to read at the same time as my older brother, who was already an early reader. I was reading big-kid novels by the time I entered kindergarten! I was an avid reader: I required a weekly trip to the library and would dive into a whole pile of books each time. I loved thrillers, horror, historical, and especially comics. Discovering Alison Bechdel’s work when I was a teenager was life-changing and has inspired me to this day to create stories meant to empower marginalized communities.

What book released during the height of the pandemic do you think flew under the radar?

I’d say ZOM-FAM by legendary Mauritian artist from Montreal Kama La Mackerel, which was released last year. I’ve been following Kama’s work for almost a decade now, and seeing it reach this new summit in such grace is simply delightful.

Most people probably know you from your work in comics. How is writing prose a different process for you?

I feel like comics are to prose what Broadway musicals are to theater: They need to be punchy, quick-witted, memorable, in your face—but wouldn’t happen without the introspection, research, and agitated silence of the latter. That’s especially true nowadays, when most comics are meant to be read online or even on social media, where things get consumed, then discarded. Comics, like musicals, take the stories from prose and theatre and turn them into a symphony for the senses: colors, rhythm, movement, music. But when the curtain drops, you’re only left with the story and how it may have changed you, which, for me, is at the core of prose.

What is your hope for this book?

I’d really like to see this in schools, and not only schools with a majority Black population. It’s an aspect of history that is wholly ignored. The profiles show a more rounded view of history and how much African and European countries influenced each other. It gives the tragedy of the trans-Atlantic slave trade that much more context.

Would you share a little bit about one of the people profiled in African Icons and how they inspire you?

Queen Idia of Benin saw the winds of change coming and knew how to prepare for it. While others were still looking at the trans-Saharan trade route, Idia was looking out to the Atlantic Ocean, where the Portuguese were coming from. She trained her young son to speak Portuguese, knowing there would be advantages for the entire kingdom. I’m sure some felt that it was unnecessary to make any kind of changes for these foreigners, but she followed her own instincts. That kind of foresight and fortitude is very inspiring. Idia was savvy as a military strategist, knew how to use natural medicines for healing, understood diplomacy and the advantages of trade with Europe, and she was said to have magical powers and an ability to talk with the ancestors.

What book released during the pandemic do you think flew under the radar?

When Life Gives You Mangos by Kereen Getten came out last October, and I’m not sure many people noticed it. I’m already a sucker for Caribbean stories, so this one set in Jamaica excited me immediately. Plus it’s a mystery, and my debut novel, Angel’s Grace, was also set on an island and featured a mystery.